Imran Khan is very active on the social networking site Twitter and keeps tweeting about the country's development, his party achievements and also statements about the opposition.

I will quit but won't give amnesty to opposition leaders, says Imran

On Monday evening, followers noticed that PM Imran Khan was no longer following anyone on Twitter. 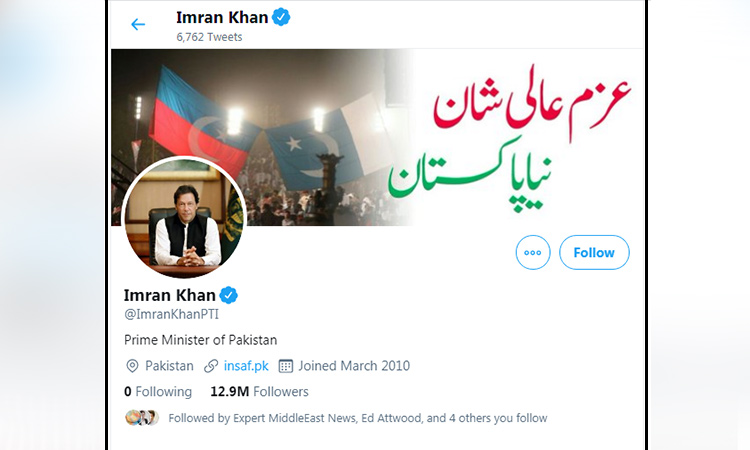 Imran Khan used to follow people from different walks of life on the social networking site, but all of a sudden he has 'unfollowed' everyone from his account. The number of his followers is 12 million.

Pakistani Twitterati were quick to notice this and started posting hilarious comments.

One Twitter user said, “No one is special for Khan Sahab anymore, he has unfollowed everyone.”