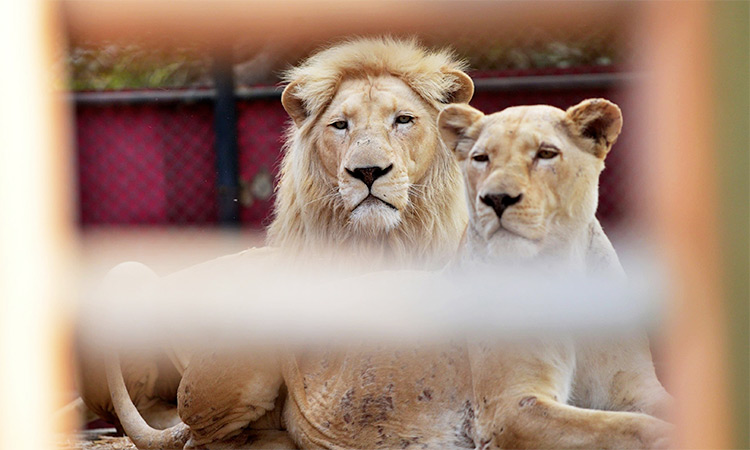 Authorities are investigating how the lions became infected. File photo

Spanish veterinary authorities said on Tuesday that four lions at Barcelona Zoo have tested positive for COVID-19, in only the second known case in which large felines have contracted coronavirus.

Two staff at the zoo also tested positive for coronavirus, the authorities said, after the outbreak was first detected last month.

The Veterinary Service of Barcelona contacted colleagues at the Bronx Zoo in New York, where four tigers and three lions tested positive for COVID-19 in April. It is the only other zoo where large felines are known to have contracted coronavirus. All recovered. 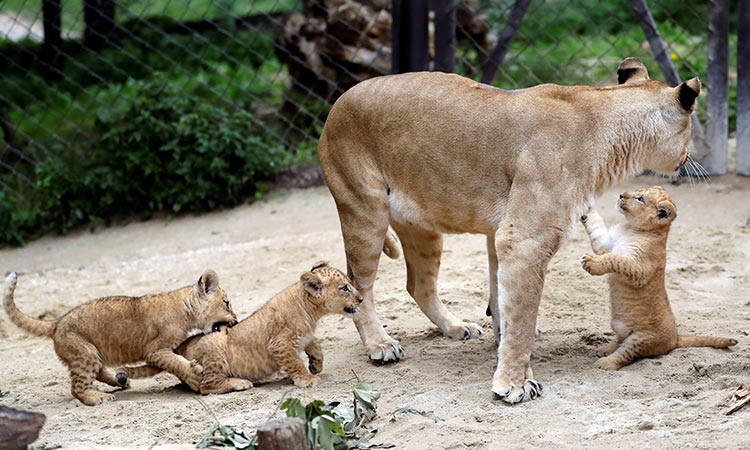 Three females named Zala, Nima and Run Run and Kiumbe, a male, were tested after keepers noticed they showed slight symptoms of coronavirus.

Authorities are investigating how the lions became infected.

Keepers carried out PCR tests on the lions in the same way as humans are tested as the animals are accustomed to contact with the zoo staff.

"The Zoo has contacted and collaborated with international experts such as the Veterinary Service of the Bronx Zoo, the only one that has documented cases of Sars-CoV-2 infection in felines," the Barcelona zoo said in a statement.

"The lions were given veterinary care for their mild clinical condition - similar to a very mild flu condition - through anti-inflammatory treatment and close monitoring, and the animals responded well."

The four-year-old male and the females, who are all 16 years old, have had no contact with other animals at the zoo, which is open to visitors. 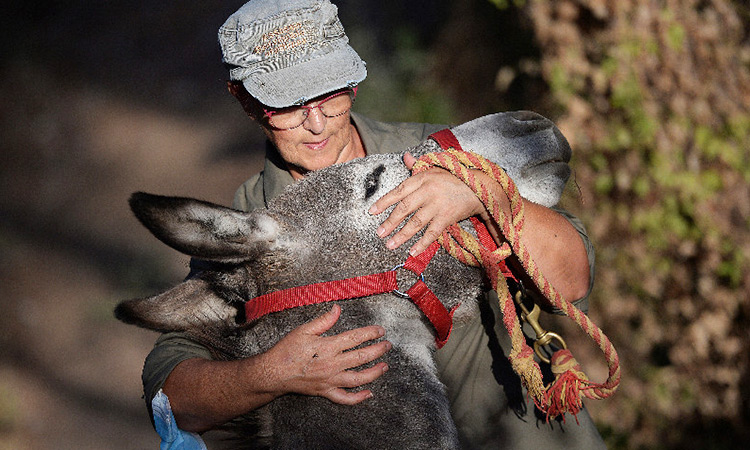 Walking into a dusty paddock, a young nurse is quickly surrounded by a group of donkeys gently nudging her for attention as she strokes their soft noses and feeds them carrots.