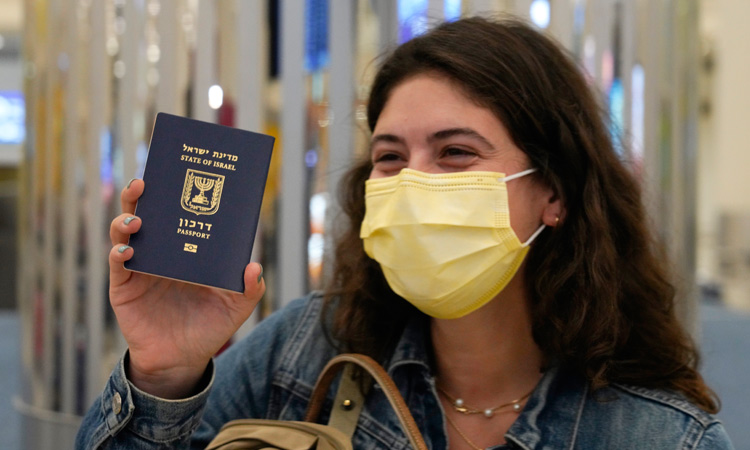 A female passenger waves her Israeli passport on arrival at Dubai International Airport on Nov.26. AFP

The UAE Ministry of Foreign Affairs and International Cooperation has announced the activation of tourist entry visas through airlines and travel and tourism offices for Israeli passport holders until procedures for the constitutional ratification of the mutual visa waiver agreement between the two states are completed.

The Abraham Accords include travel procedures for Emirati and Israeli citizens that are expected to enter into force shortly.

The UAE Cabinet, on the Nov.1, 2020, ratified the agreement between the UAE and the State of Israel regarding the mutual exemption from entry visa requirements.

Sheikh Abdullah Bin Zayed Al Nahyan, Minister of Foreign Affairs and International Co-operation, signed the Abraham Accords between the UAE and the State of Israel on Sept.15, 2020, opening a new page of relations between the two countries and double efforts to enhance stability and security in the region.

A UAE governmental delegation visited Israel on Oct.20 and discussed cooperation in the fields of investment, trade and technology. The two sides also signed agreements in various economic sectors. 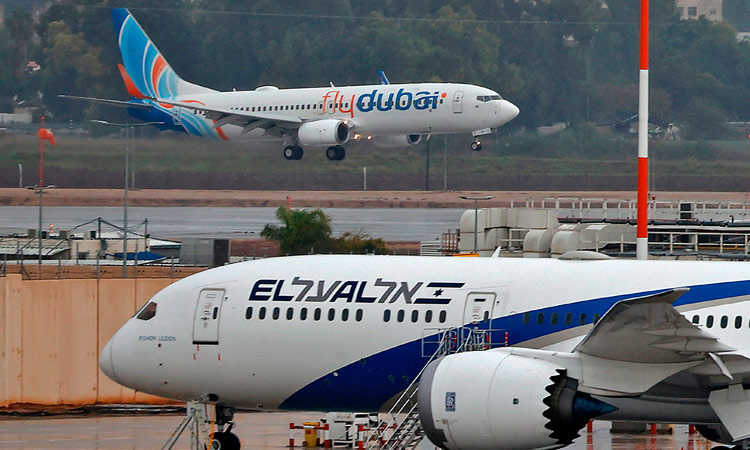 On Tuesday, Dubai International (DXB), added a new member to its airline family with the arrival of Israeli carrier Israir’s inaugural flight from Tel Aviv.
Flight 6H 663, which departed Tel Aviv-Yafo at 10.00 am local time arrived at DXB at 5:10 pm UAE time on Tuesday with 166 passengers on board, made Israir the first Israeli carrier to operate a commercial flight into Dubai, a DXB statement said on Tuesday.

Israir’s inaugural flight is part of a broader engagement between the UAE and Israel to further peace, dialogue and stability and promote sustainable development. The engagement has resulted in organisations of both countries commencing new economic and trade partnerships across sectors.

Israir will operate up to 14 weekly flights using its Airbus A320 aircraft between the two destinations. The launch of the new service coincides with the beginning of the holiday season during which DXB typically witnesses an uptick in passenger volumes passing through the airport.

Israir’s flight will boost DXB’s international connectivity by linking two of the region’s major trade and tourism destinations, bringing more choice and convenience for travellers and expanding trade and logistics opportunities between the two countries.

In response to recent media reports on the entry of Israeli citizens to the United Arab Emirates, flydubai has apologised to the affected passengers who experienced a delay on arrival to Dubai on Monday.