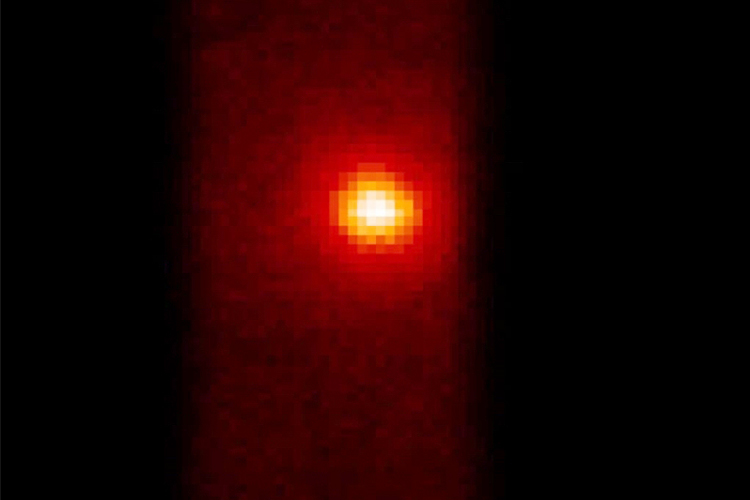 An image of the UAE’s Hope Probe.

His Highness Sheikh Mohammed Bin Rashid Al Maktoum, Vice President and Prime Minister of the UAE and Ruler of Dubai, on Thursday tweeted on his account on Twitter: saying: “An image from the UAE’s Hope Probe,135 million km away from Mars. The probe will reach the Red Planet on February 9, 2021.

According to the live broadcast link of the Hope Probe journey, the probe was launched 136 days ago. Since the Hope Probe was successfully launched from Japan’s Tanegashima Space Centre on July 20, the work team is continuing to follow up the probe carefully the probe.”

“Meanwhile, the operations control team at the ground station of the Mohammed Bin Rashid Space Centre in Dubai is communicating with the probe round the clock until it reaches Mars, with each call taking between 6-8 hours. The team used to communicate with the probe two to three times a week in the normal phase of operations of the trip to Mars. 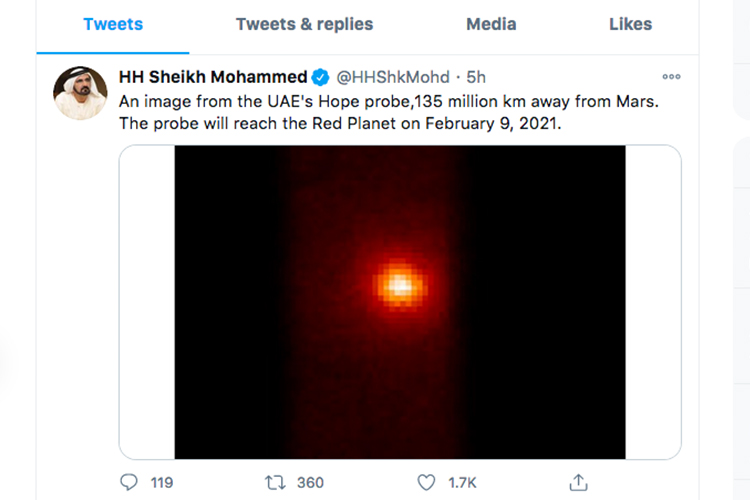 In an earlier report His Highness said: “Even before reaching its orbit, the Emirates Mars Mission’s Hope Probe has succeeded in instilling a new culture in the hearts and minds of this nation’s men and women; a culture that prioritises science in shaping our future and reiterates our nation’s limitless ambitions after successfully entering space.

“We have become the first Arab country to succeed in exploring a planet, and our nation joins an exclusive group of only seven countries that have explored Mars.”

Sheikh Mohammed affirmed that the UAE’s arrival at Mars as the fifth country in the world is a historic achievement and places great responsibility on future generations to continue the march of progress.

Sheikh Mohammed praised the EMM team’s efforts and said: “I want to thank you for your efforts, perseverance, determination and dedication in prioritising the success of this project despite the unusual circumstances the world is going through. You are achieving this mission with success that far exceeds expectations. We will celebrate together – by God’s will - on Feb.9, when the Hope Probe reaches its orbit.”