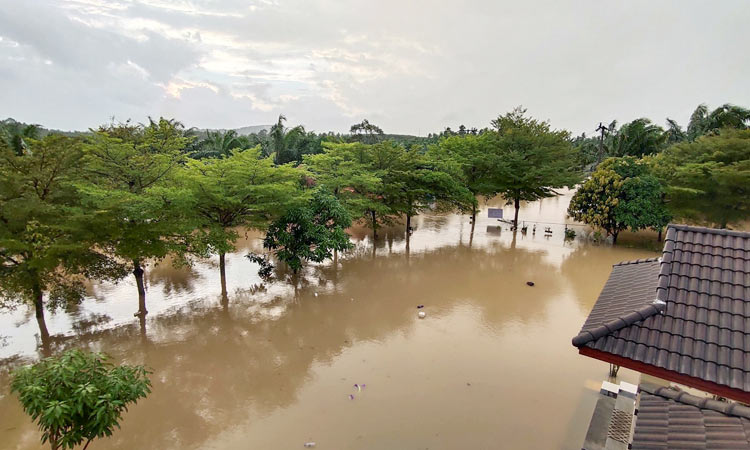 A general view of the flooded town of Nakon Si Thammarat province in Thailand. Reuters

Other images showed people wading or pushing motorcycles through thigh-deep water while some residents, including a Buddhist monk, rowed boats through commercial areas where children played. The floods started a week ago but had receded by Thursday, according to the interior ministry, having affected more than 255,000 households in seven of the southern provinces.

The impacted region is home to Thailand's major rubber plantations, accounting for the majority of the world's natural rubber supply.

The Rubber Authority of Thailand said on Thursday it will pay affected rubber farmers 3,000 baht ($99.34) if the flood damaged more than 20 rubber trees in their plantations. 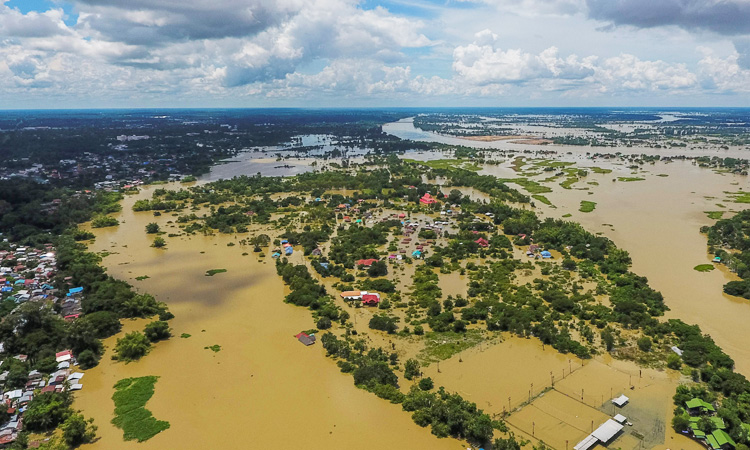