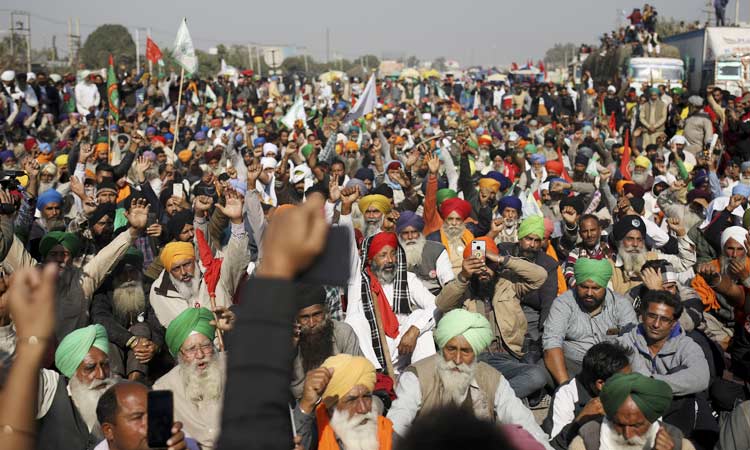 Instead of cars, the normally busy highway on the outskirts of New Delhi that connects most northern Indian towns to the capital is filled with tens of thousands of protesting farmers, many wearing colorful turbans. 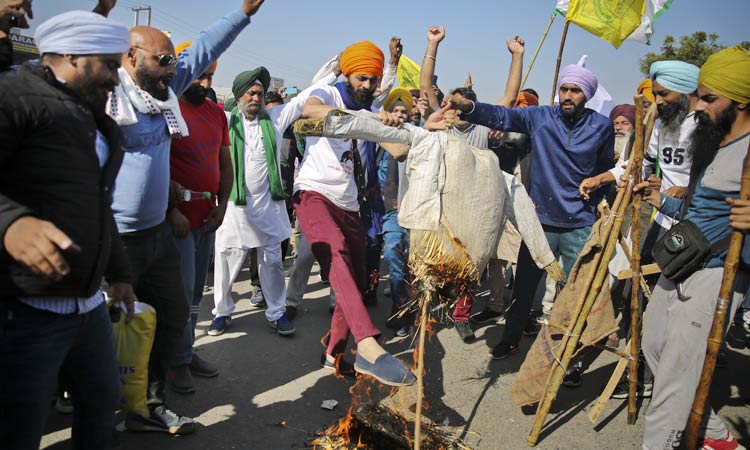 Protesting farmers burn an effigy of Indian Prime Minister Narendra Modi on a highway at the Delhi-Haryana state border, India.

It’s a siege of sorts and the mood among the protesting farmers is boisterous. Their rallying call is “Inquilab Zindabad” (“Long live the revolution”).

The farmers are protesting new laws they say will result in their exploitation by corporations, eventually rendering them landless.

Prime Minister Narendra Modi’s government, rattled by the growing rebellion, insists the reforms will benefit them.

But the farmers aren’t yielding. 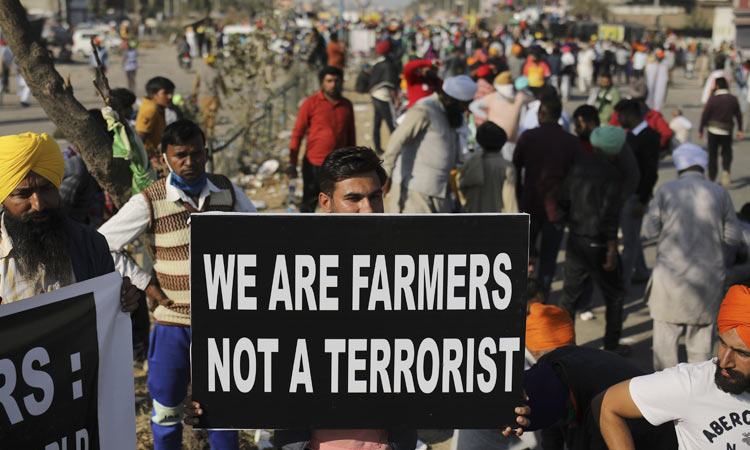 A protesting farmer holds a placard on a major highway at the Delhi-Haryana state border, India.

At night, they sleep inside the trailers or under the trucks. During the day, they sit huddled in groups at the backs of the vehicles, surrounded by mounds of rice, lentils and vegetables.

They take early morning cold showers in the open and spend lazy afternoons reading newspapers on neatly spread foam mattresses. Sitting cross-legged on a piece of cloth under their trucks, they play cards to fill the time.

Meals are prepared in enormous pots stirred with wooden spoons the size of canoe paddles. Food is served in hundreds of makeshift roadside soup kitchens. Washed clothes are hung neatly to dry on ropes stretched between tractors. 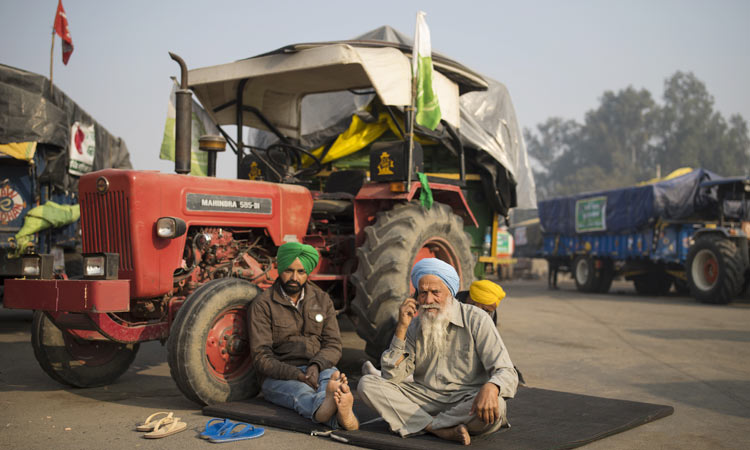 Protesting farmers are sitting next to their tractor parked on a highway, during a protest at the Delhi-Haryana state border, India.

“We aren’t going to leave this place,” said Gurpreet Singh, 26, a biotechnology student from a farming family. “It’s a fight for our survival.”

The protests started in September but drew nationwide attention last week when the farmers marched from northern Punjab and Haryana, two of India’s largest agricultural states. On their way to the capital, they pushed aside concrete barricades set up by police and braved tear gas, batons and water cannons. 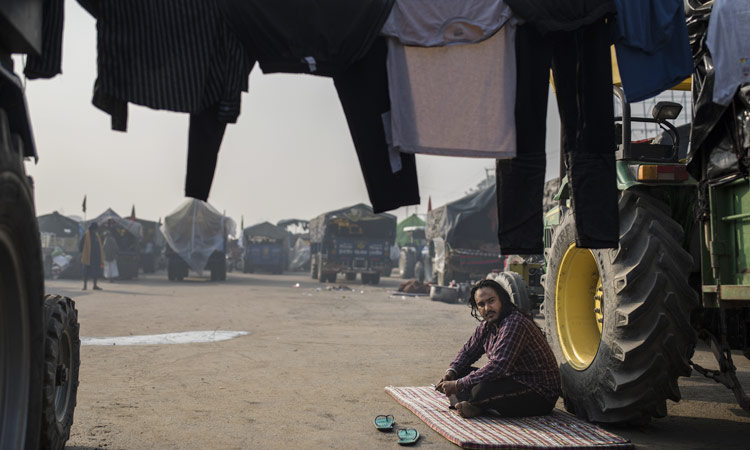 A farmer sits next to his tractor as he joins farmers protest at the Delhi-Haryana state border, India.

Now, on the outskirts of New Delhi, they are blocking highways, unwilling to withdraw and threatening to besiege the capital if their demands aren’t met.

“It will be a long battle,” said farmer Darshan Singh Khatauli, 65. “It is up to the government when they want to end this.”