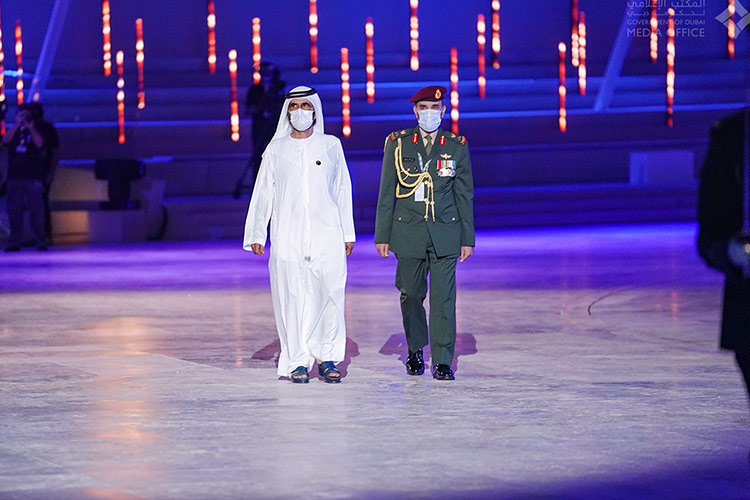 His Highness Sheikh Mohammed Bin Rashid Al Maktoum, Vice President and Prime Minister of the UAE and Ruler of Dubai, witnessed the “Martyrs Day” ceremony that was held at Wahat Al Karama in Abu Dhabi on Monday.

The Martyrs Day ceremony began with the arrival of Sheikh Mohammed at Wahat Al Karama. 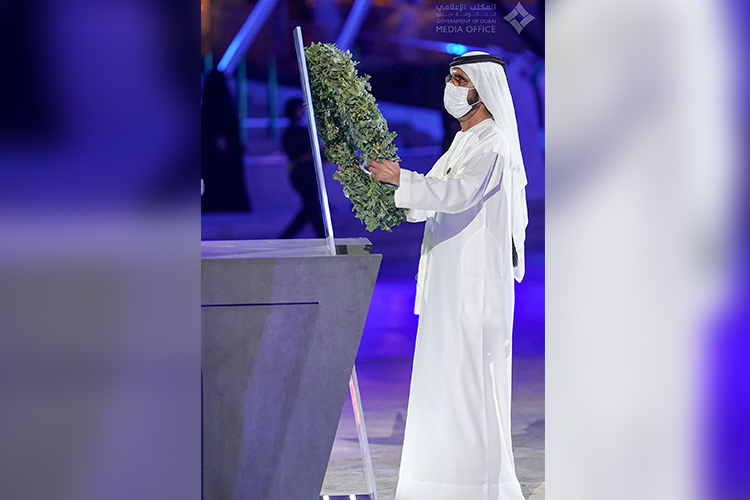 Sheikh Mohammed went to the martyr's monument, where the artillery fired twenty-one rounds according to military traditions honouring the fallen heroes.

Sheikh Mohammed placed a wreath in front of the monument in a gesture of loyalty and appreciation for the sacrifices of our righteous martyrs who perished while defending the honour and dignity of the nation.

Sheikh Mohammed honored a number of families of the martyrs.

Sheikh Mohammed also honored a number of the families of the COVID-19 frontliners who lost their lives while performing their duty in the face of the coronavirus pandemic. 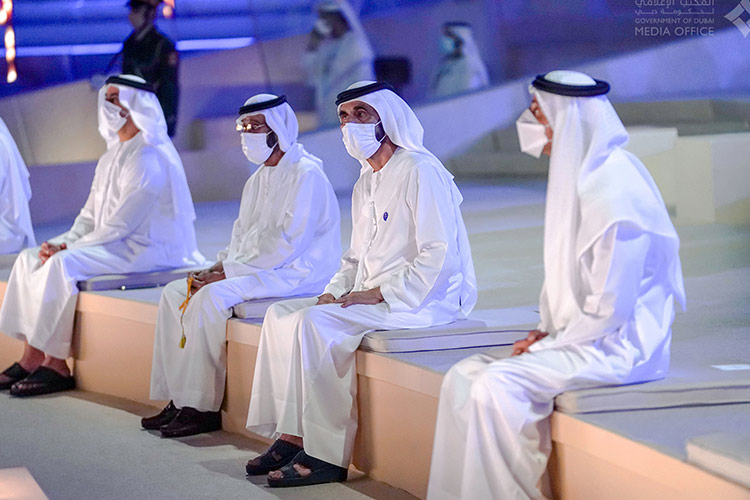 UAE President His Highness Sheikh Khalifa Bin Zayed Al Nahyan has ordered the award of the Fallen Frontline Heroes Order to those who have lost their lives on the frontlines while tackling COVID-19.

The award is based on a proposal by His Highness Sheikh Mohamed Bin Zayed Al Nahyan, Crown Prince of Abu Dhabi, Deputy Supreme Commander of the Armed Forces and Head of the Fakhr Al Watan Office (Frontline Heroes Office).

The Order recognises the dedication and courage of frontline heroes, and the great sacrifices they made for the UAE and its society while performing their duty. It is an expression of gratitude to them and their families.

Sheikh Mohammed awarded the Medal of "Heroes of Humanity" to the family of Dr Sudhir Wachimkar and the family of Dr Bassam Bernay, affirming that the UAE always meets loyalty with loyalty, and that the noble sacrifices that denote a deep connection with values that preserve society's security and safety. It is the subject of all reverence and appreciation at all times. 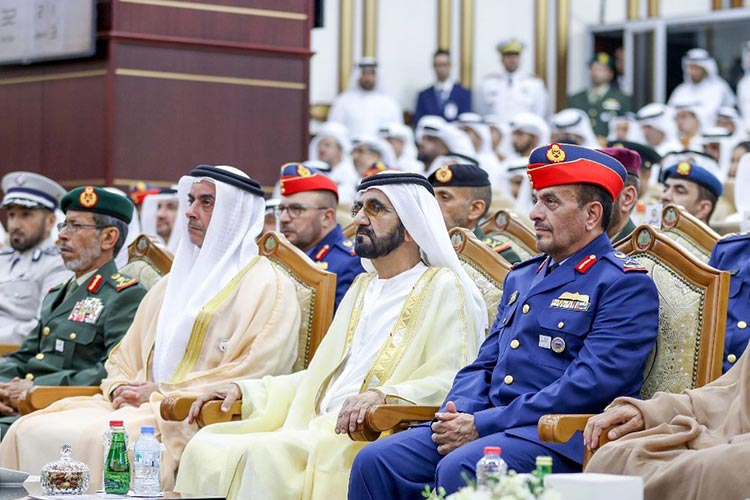 Vice President and Prime Minister of the UAE and Ruler of Dubai His Highness Sheikh Mohammed bin Rashid Al Maktoum attended the graduation ceremony of the 6th patch of the National Defence College in Abu Dhabi.