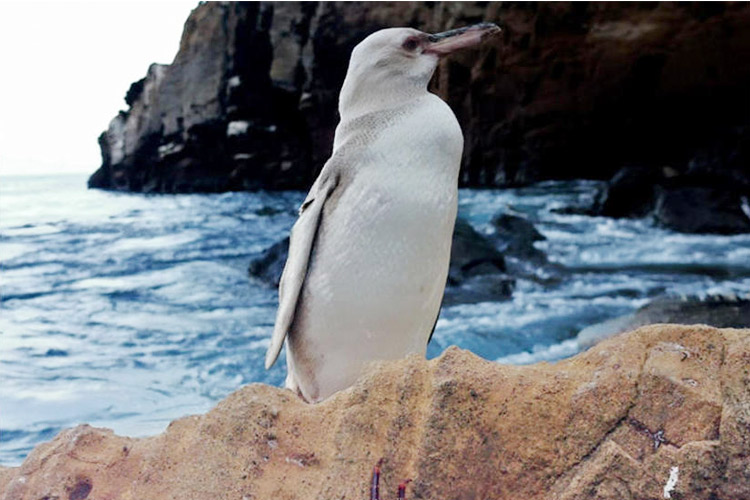 A rare white penguin sits on a rock at the Galapagos Islands.

A rare penguin with all-white feathers has been found in the Galapagos Islands in Ecuador.

The island is distinguished for its unique flora and fauna unique in the world, according to the archipelago's National Park.

The park officials said they need to conduct genetic analysis to confirm this condition.

The statement revealed that cases of this kind have been detected in other animals in the archipelago, including sharks, lizards and thorny lobsters, but this is the first time that a penguin has been spotted.

The animal was first seen a week ago by guide Jimmy Patiño on Isabella Island, located a thousand kilometre off the coast of Ecuador.

Galapagos National Park is collaborating with the Charles Darwin Foundation to track penguin numbers at the site.

These birds are the only ones on the equator, and are the smallest of their kind in the world.

The Galapagos Archipelago — which was a natural laboratory for British scientist Charles Darwin to develop his theory of species evolution — derives its name from the giant turtles found there.