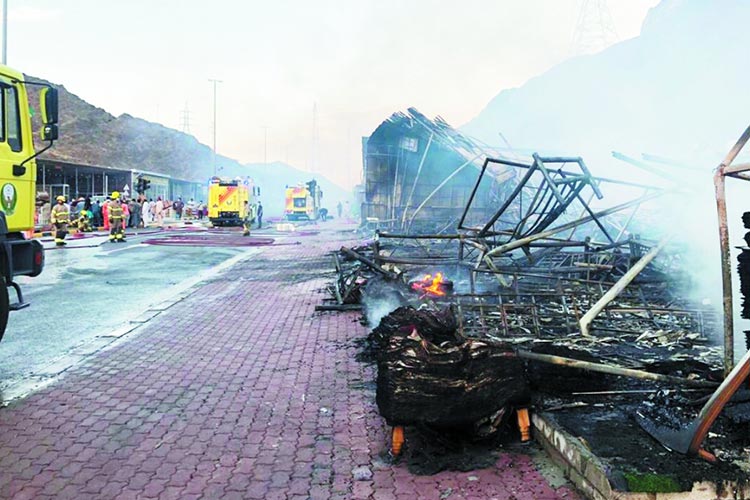 The civil defence brigades in Fujairah managed to put out a huge fire that broke out in a number of shops in the Friday market, adjacent to the Masafi area in Fujairah, around 30 kilometers to the west of Fujairah City.

Brigadier General Ali Obaid Al Tunaiji, Director of Fujairah Civil Defence Department, stated that the department’s operations room received a report at 4:45pm on Saturday stating that a fire erupted in the Friday market and a number of shops were gutted.

"Some 4 shops were gutted in the fire but no casualties were reported," he said.

Firefighting brigades from the Masafi Civil Defence Station, supported by Ras Al Khaimah’s Al Manama and Kadra civil defence stations and other stations in Fujairah, rushed to the site of the fire and managed to put out the fire and prevent it from spreading to the rest of shops, he added.

Al Tunaiji pointed out that the competent police authorities immediately initiated their investigations into the causes of the fire.