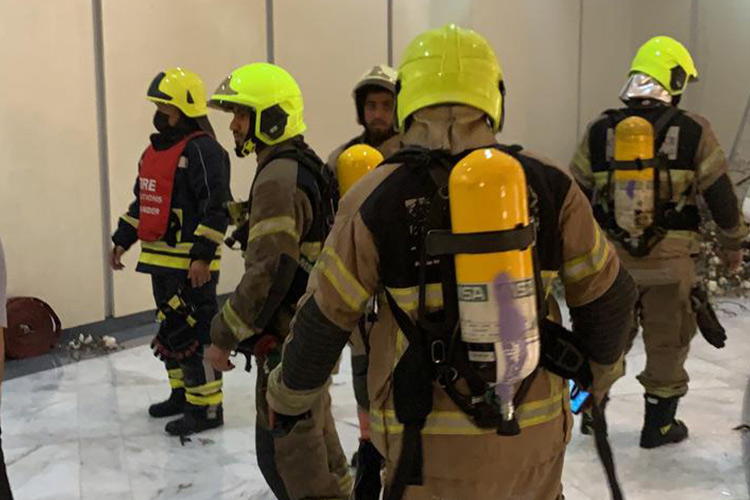 Firefighters douse an inferno at the mall.

The Civil Defence Team at Zabeel Fire Station on Saturday evening managed to extinguish a fire that broke out in a decorative tree (vase) outside "Huqqa Restaurant" in the Dubai Mall.

The restaurant and the surrounding area were safely evacuated. The fire was extinguished within five minutes without any injuries.

Last year, real estate developer Emaar assured shoppers at Dubai Mall that they were working to contain the water leakage in the limited areas of the mall.

They further clarified that the mall remains operational and is open to the public.

“Dubai Mall was affected by the heavy rainfall, causing leakages in limited areas. We are working to contain all leakages and the mall remains operational and open to the public. Mall staff are on the ground, ensuring the visitor experience remains unaffected,” tweeted an Emaar spokesperson.