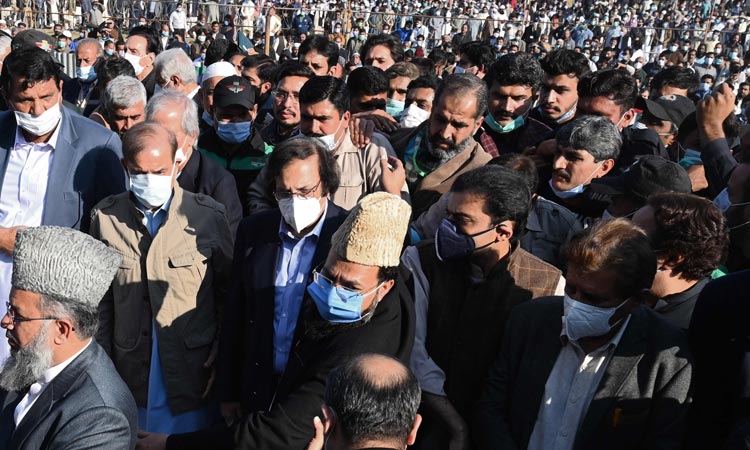 Shahbaz Sharif (2L) arrives to attend the funeral of his late mother in Lahore on Saturday. AFP

The funeral prayers for Begum Shamim were offered after Zuhr at the Sharif Medical City in Raiwind.

After the prayers, Begum Akhtar's body was taken to Jati Umra, where she was laid to rest next to the grave of her husband, Mian Muhammad Sharif.

Strict security arrangements were made for the funeral and the main road leading to Jati Umra was cordoned off.

Hundreds of including close relatives, prominent PML-N leaders —and party followers had gathered to attend the prayers. The funeral prayers were led by Maulana Raghim Naeemi. Her body was sent to Pakistan from London via British Airways flight BA-059. 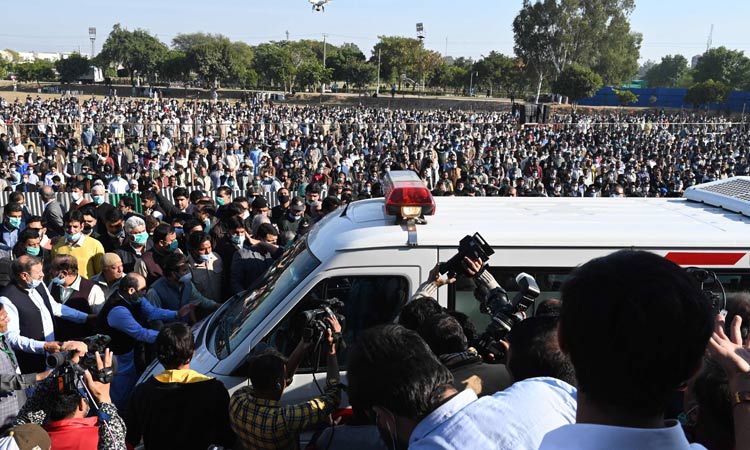 Supporters gather during the funeral ceremony of Nawaz Sharif's mother in Lahore. AFP

Local media reported that the body reached Lahore and was handed over to her son, Shahbaz, who was at the Lahore International Airport along with his son Hamza Shahbaz to receive the body.

Hundreds of PML-N workers made their way to the airport as the London flight carrying Begum Akhtar’s body landed in Lahore. Nawaz Sharif offered the funeral prayers of his mother in London on Friday along with several family and party members.

The prayers were held in London Central Mosque alternatively known as Regent’s Park Mosque where the number of participants had to be limited to 30 under the United Kingdom’s coronavirus guidelines.

After the prayers, Begum Shamim’s body was taken to the London Heathrow Airport for repatriation to Pakistan. Earlier, ex-finance minister Ishaq Dar had announced that Nawaz Sharif would not be able to accompany his mother’s body to Pakistan as he was not declared medically fit to travel by his doctors.

Begum Shamim Akhtar passed away in London on Nov.22. She had developed a severe chest infection and was suffering from an advanced stage of Alzheimer’s disease. Her condition had deteriorated and she could not regain her health due to old age. 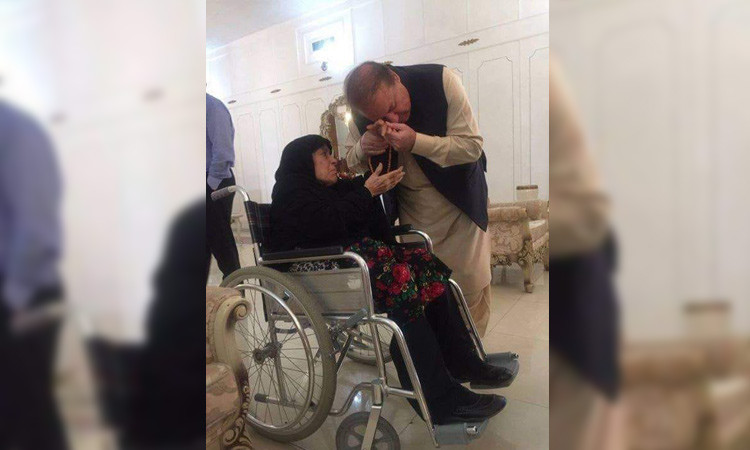 The cause of death could not be immediately ascertained, but the nonagenarian had been unwell for the past several months, PML-N member of the Punjab Assembly Azma Bukhari said. Condolences pour in from President Alvi, PM Imran among other political leaders.