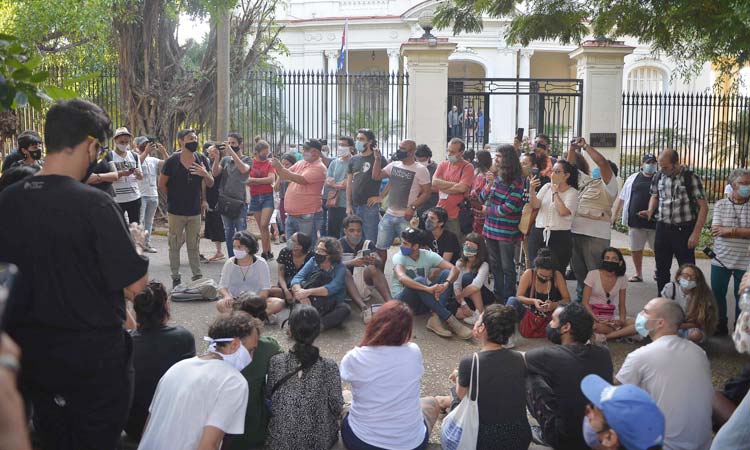 A group of young intellectuals and artists demonstrate at the doors of the Ministry of Culture during a protest in Havana. Yamil Lage/AFP

About 200 Cuban artists demonstrated outside the country’s culture ministry on Friday in a rare protest over freedom of expression that received support from leading Cuban cinema figures.

The demonstration followed the expulsion by authorities on Thursday night of protesting members of an artists’ collective from their premises in the historic center of Havana.

Authorities said the eviction of the 14 members of the San Isidro Movement was necessary due to Covid-19 protocols since one had returned from Mexico via the United States and not properly quarantined. 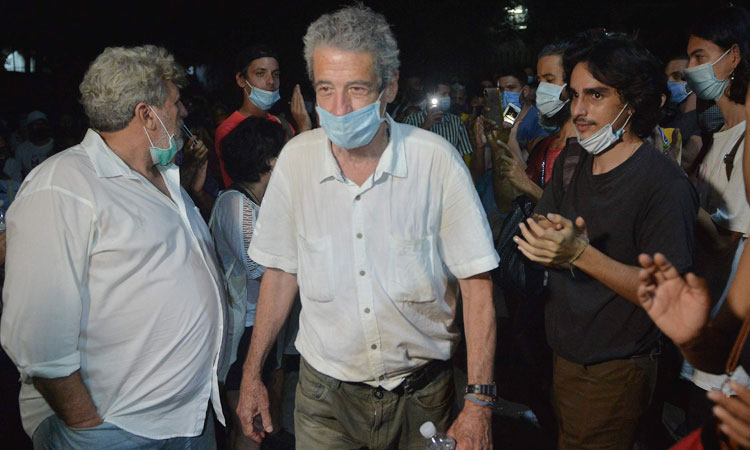 Cuban filmaker Fernando Perez (2-R) takes part in a demonstration at the doors of the Ministry of Culture in Havana.

They had been protesting for 10 days, with six of them on hunger strike, and their movement had gained significant attention.

Demonstrators outside the culture ministry on Friday demanded “dialogue” and representatives were waiting to meet with vice minister Fernando Rojas after having gathered there for much of the day.

The demonstration was rare in Cuba, where permission for such protests is not often given.

Security personnel and uniformed police watched over the protest from a distance but without intervening. 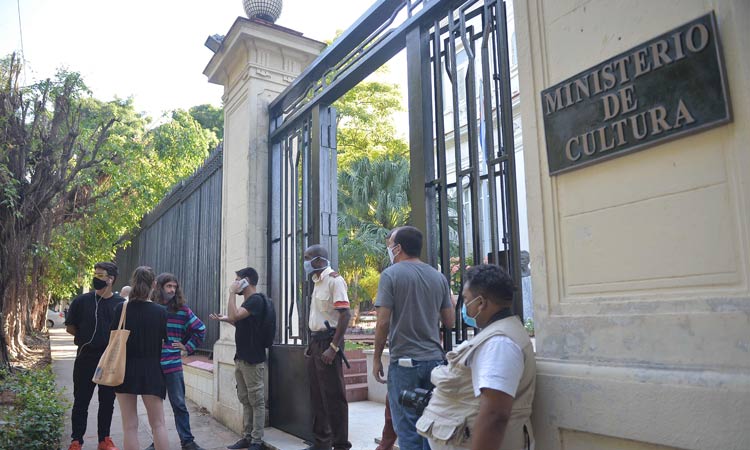 A group of young intellectuals and artists remain at the doors of the Ministry of Culture during a protest in Havana.

“On the one hand, we do not have much confidence, but on the other we feel that it is an obligation,” said activist Michel Matos.

“They are public officials of this country and this has become a political situation.”

The San Isidro Movement had been demanding the release of another member of the group, rapper Denis Solis, arrested on November 9 and sentenced to eight months in prison for contempt.

After the raid on their premises, the 14 members of the group were given Covid-19 tests and returned to their homes, with the collective’s headquarters closed by the authorities, activists said on social media.

Two of them refused to go home and were arrested again: Luis Manuel Otero Alcantara, 32, a plastics artist, and Anamely Ramos, 35.

Some activists said on social media that Ramos had been released.

The list of demands from Friday’s protesters included information on the whereabouts of Otero and Ramos, the release of Solis and an end to the “harassment” of artists.

“It is time for dialogue and I believe that you young people must be listened to,” well-known actor and director Jorge Perugorria, 55, told the protesters.

He was accompanied by prominent filmmaker Fernando Perez, 76.

Amnesty International in a statement called for the release of Otero and Ramos, calling them “prisoners of conscience, imprisoned solely because of their consciously held beliefs.”