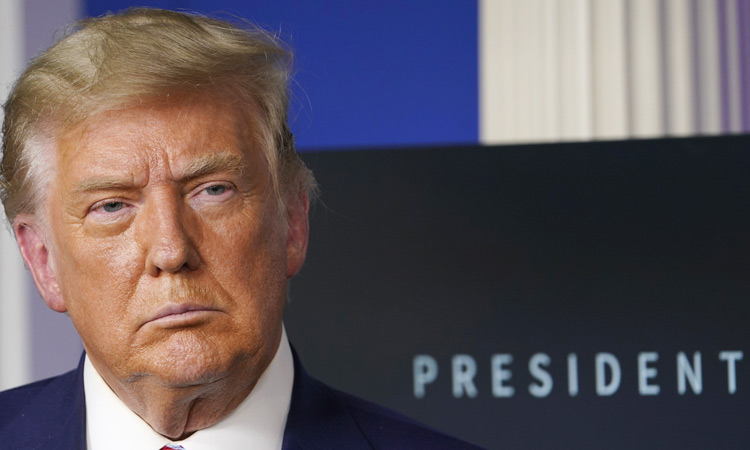 President Donald Trump listens during an event in the briefing room of the White House in Washington. File/AP

President Donald Trump’s legal team suffered yet another defeat in court on Friday as a federal appeals court in Philadelphia roundly rejected the campaign’s latest effort to challenge the state’s election results.

Trump’s lawyers vowed to appeal to the Supreme Court despite the judges’ assessment that the “campaign’s claims have no merit.”

“Free, fair elections are the lifeblood of our democracy. Charges of unfairness are serious. But calling an election unfair does not make it so. Charges require specific allegations and then proof. We have neither here,” 3rd Circuit Judge Stephanos Bibas, a Trump appointee, wrote for the three-judge panel, all appointed by Republican presidents. 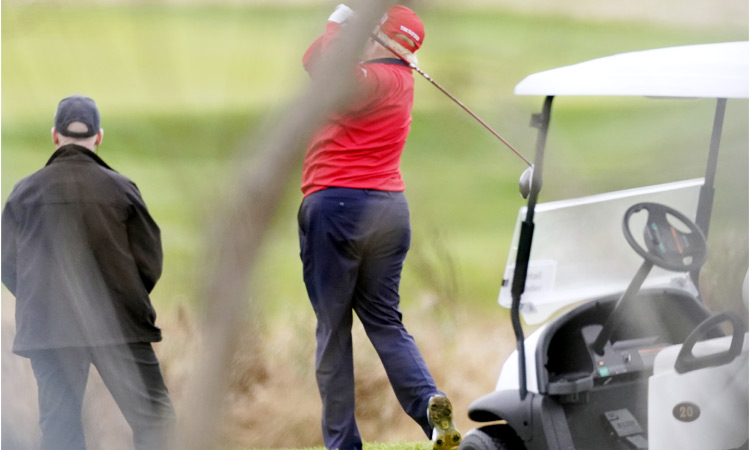 The case had been argued last week in a lower court by Trump lawyer Rudy Giuliani, who insisted during five hours of oral arguments that the 2020 presidential election had been marred by widespread fraud in Pennsylvania. However, Giuliani failed to offer any tangible proof of that in court.

US District Judge Matthew Brann, another Republican, had said the campaign’s error-filled complaint, “like Frankenstein’s Monster, has been haphazardly stitched together” and denied Giuliani the right to amend it for a second time.

The 3rd US Circuit Court of Appeals called any revisions “futile.” Chief Judge D. Brooks Smith and Judge Michael Chagares were on the panel with Bibas, a former University of Pennsylvania law professor. Trump’s sister, Judge Maryanne Trump Barry, sat on the court for 20 years, retiring in 2019.

“Voters, not lawyers, choose the president. Ballots, not briefs, decide elections,” Bibas said in the opinion, which also denied the campaign’s request to stop the state from certifying its results, a demand he called “breathtaking.”

In fact, Pennsylvania officials had announced on Tuesday that they had certified their vote count for President-elect Joe Biden, who defeated Trump by more than 80,000 votes in the state. Nationally, Biden and running mate Kamala Harris garnered nearly 80 million votes, a record in US presidential elections. 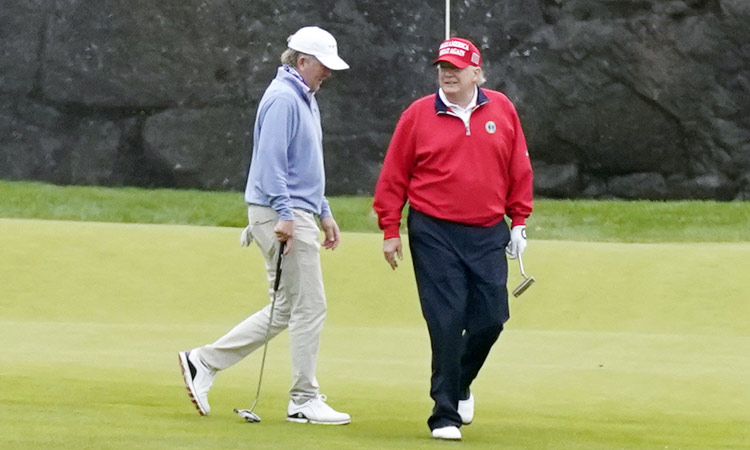 Trump has said he hopes the Supreme Court will intervene in the race as it did in 2000, when its decision to stop the recount in Florida gave the election to Republican George W. Bush. On Nov.5, as the vote count continued, Trump posted a tweet saying the “US Supreme Court should decide!”

Ever since, Trump and his surrogates have attacked the election as flawed and filed a flurry of lawsuits to try to block the results in six battleground states. But they’ve found little sympathy from judges, nearly all of whom dismissed their complaints about the security of mail-in ballots, which millions of people used to vote from home during the COVID-19 pandemic.

Trump perhaps hopes a Supreme Court he helped steer toward a conservative 6-3 majority would be more open to his pleas, especially since the high court upheld Pennsylvania’s decision to accept mail-in ballots through Nov. 6 by only a 4-4 vote last month. Since then, Trump nominee Amy Coney Barrett has joined the court.

“The activist judicial machinery in Pennsylvania continues to cover up the allegations of massive fraud,” Trump lawyer Jenna Ellis tweeted after Friday’s ruling. “On to SCOTUS!”

In the case at hand, the Trump campaign asked to disenfranchise the state’s 6.8 million voters or at least “cherry-pick” the 1.5 million who voted by mail in Philadelphia, Pittsburgh and other Democratic-leaning areas, the appeals court said.

“One might expect that when seeking such a startling outcome, a plaintiff would come formidably armed with compelling legal arguments and factual proof of rampant corruption,” Brann, a member of the conservative Federalist Society, wrote in his scathing ruling on Nov.21. “That has not happened.”

A separate Republican challenge that reached the Pennsylvania Supreme Court this week seeks to stop the state from further certifying any races on the ballot. Democratic Gov. Tom Wolf’s administration is fighting that effort, saying it would prevent the state’s legislature and congressional delegation from being seated in the coming weeks.

On Thursday, Trump said the Nov.3 election was still far from over. Yet he said for the first time he would leave the White House on Jan.20 if the Electoral College formalizes Biden’s win.

“Certainly I will. But you know that,” Trump said at the White House, taking questions from reporters for the first time since Election Day.

On Twitter Friday, however, he continued to baselessly attack Detroit, Atlanta and other Democratic cities with large Black populations as the source of “massive voter fraud.” And he claimed, without evidence, that a Pennsylvania poll watcher had uncovered computer memory drives that “gave Biden 50,000 votes” apiece.