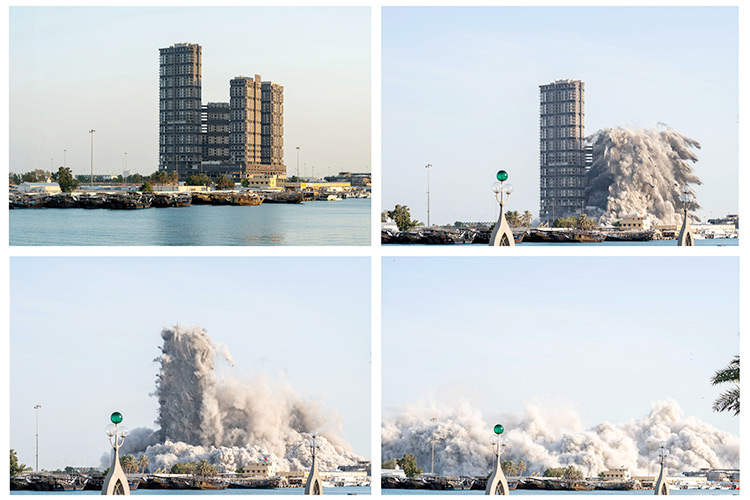 The Government of Abu Dhabi has demolished the Mina Plaza Towers in 10 seconds with improvised and control implosion on Friday morning.

The Abu Dhabi media office said, “The demolition of Towers, part of Mina Zayed redevelopment project, was successfully and safely concluded in 10 seconds. Abu Dhabi Municipality would like to thank all participating parties and the public for their cooperation and adherence to precautionary safety measures.”

Over past few days, experts have been studying the effect of demolition. The authorities charted the plan to carry out action with non-primary explosives. These explosives have exceptional safety record.

The plaza had four towers with 144 flowers. Civil engineers studied the plan to carry out the task with minimum effect on the surrounding areas.

Abu Dhabi City Municipality conducted a field survey of Mina Plaza and the surrounding area ahead of the demolition of the towers. 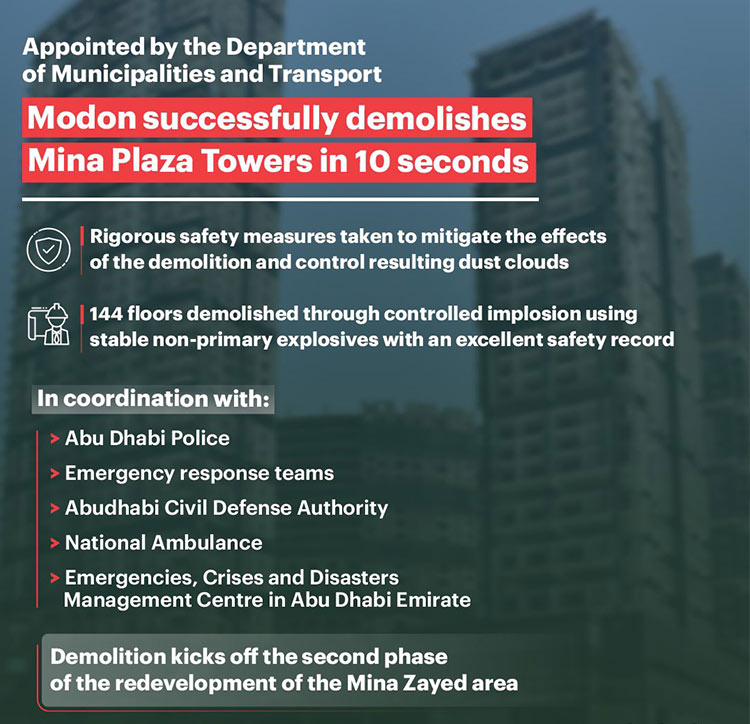 The series of field surveys was part of the comprehensive and continuous safety measures that include the towers and markets, ensuring the surrounding areas are free of any hazards.

The Department of Municipalities and Transport has emphasised that the safety measures in the demolition process are of paramount importance in all areas of the project.

The government appointed the Modon Properties to successfully carry out the task.

With the demolition of the towers, the second phase of the revitalisation of the Mina Zayed area in AbuDhabi has started.