South India battens down the hatches against Cyclone Nivar - GulfToday 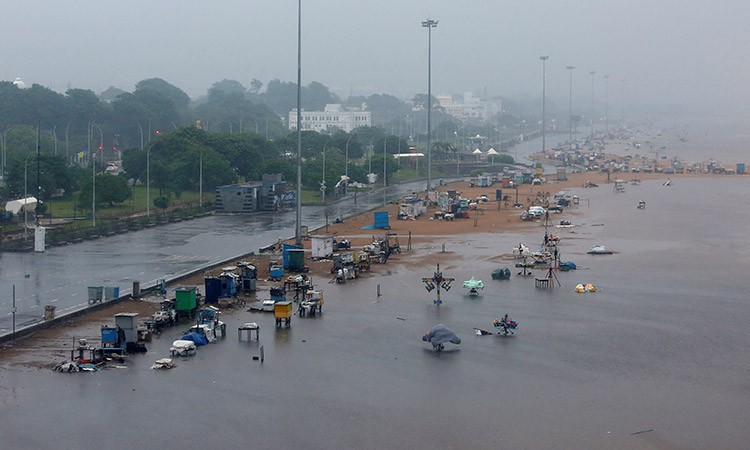 A deserted Marina beach is seen during rains before Cyclone Nivar's landfall, in Chennai, India, on Wednesday. Reuters

Local Indian authorities are battening down the hatches against the perceived onslaught of a powerful cyclone that is expected to make landfall later on Wednesday evening.

And they are keen to keep the casualty levels as low as possible.

The government banned public gatherings and closed shops as more than 1,000 rescue personnel mobilised against a powerful cyclone barrelling towards the southeastern coast, bringing heavy rain and strong winds. 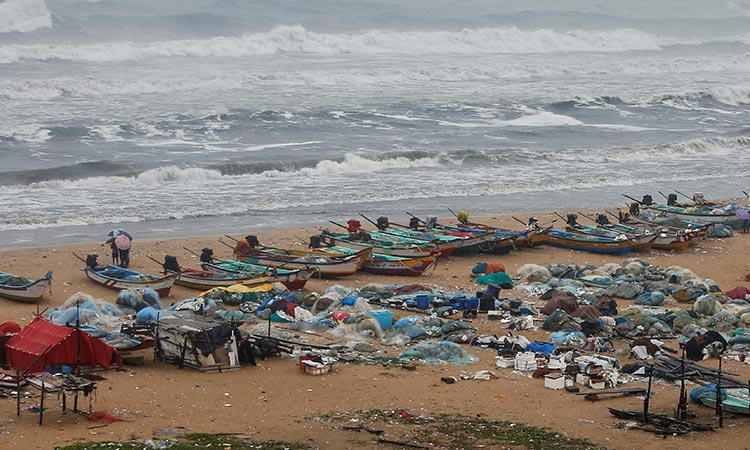 Boats are seen parked on a deserted Marina beach during rains before Cyclone Nivar, in Chennai, India. Reuters

Cyclone Nivar is set to cross the coasts of Tamil Nadu state and the small territory of Puducherry as a "very severe cyclonic storm" late Wednesday, the Indian Meteorological Department said.

Parts of Andhra Pradesh, a coastal state north of Tamil Nadu, are also forecast to be slammed by the cyclone. A "very severe cyclonic storm" is the fifth-strongest category on the IMD's scale of seven storm types.

"This will slowly intensify, maybe tonight or tomorrow, and turn into a very severe cyclonic storm with wind speeds of around 120 kilometres per hour (75 miles per hour) and gusting up to 145 kilometres per hour," IMD's director-general Mrutyunjay Mohapatra told reporters in New Delhi.

Rainfall is also expected to inundate the region, with some areas bracing for very heavy downpours, he added.

More than 1,000 personnel from the National Disaster Response Force have been deployed to assist local efforts on possible evacuations of residents from vulnerable coastal areas. 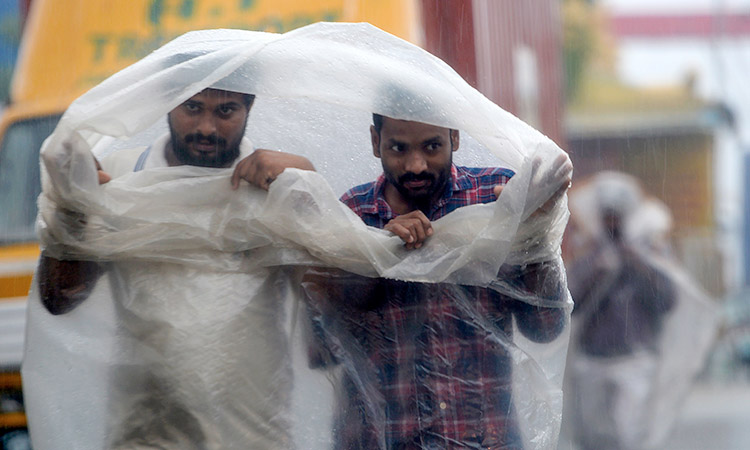 People use plastic sheets to cover from heavy rains in Chennai as cyclone Nivar approaches on Wednesday. AFP

The lieutenant governor of Puducherry, Kiran Bedi, said public gatherings would be banned from late Tuesday until early Thursday.

Shops in Puducherry, except those for essential services like pharmacies and petrol stations, were to be shut until the cyclone passes.

In parts of Mahabalipuram, about 60 kilometres from Tamil Nadu's capital Chennai, local fishermen dragged their boats to safety along the coast.

Fishermen in the northern area were advised not to go out to sea. No evacuation orders were issued but heavy rains were forecast, particularly in the island nation's north. 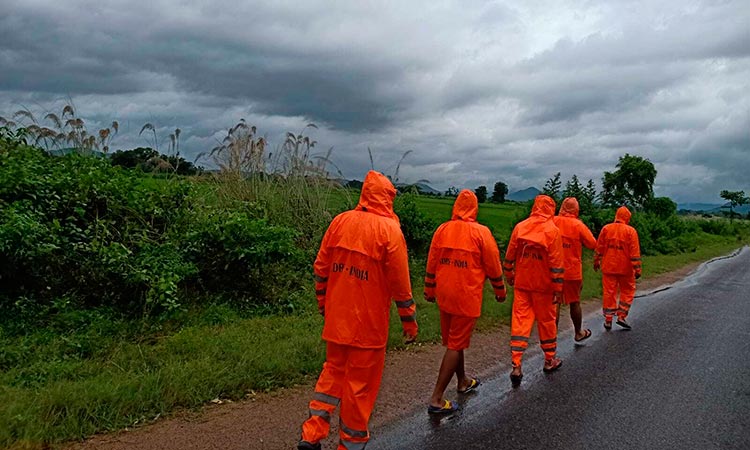 According to the authorities cyclone packing strong winds and rains barrelled into India's east coast late Sunday, forcing the evacuation of more than 200,000 people in three states to shelters.