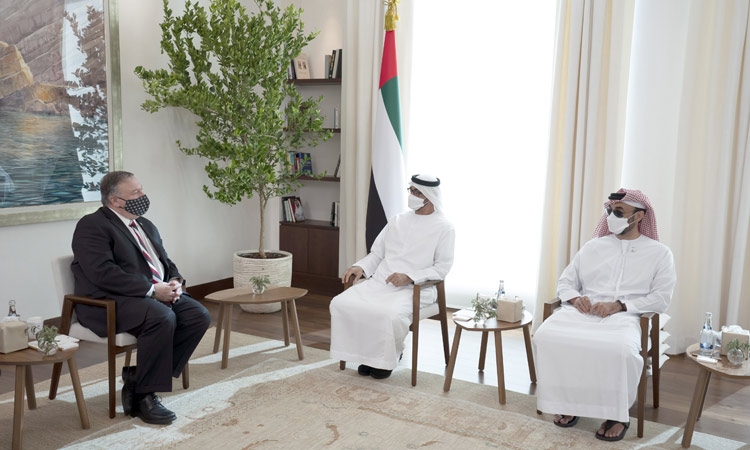 During the meeting at Al Shati Palace on Saturday, the two sides exchanged views on developments in the Arabian Gulf and the Middle East, ongoing efforts and moves aimed at settling regional crises and containing tensions through dialogue and diplomatic means as well as joint action to support the foundations of regional peace and stability in addition to the dangers of extremism, terrorism, hate speech and incitement, and the need for effective international action to confront them.

In this context, the two sides also touched upon the Abraham Peace Accord signed by the UAE and Israel, and its importance in opening up a new phase for relations and cooperation between countries in the Middle East, in addition to building on it to consolidate security, peace, stability and prosperity for the peoples of the region.

The meeting also dealt with the results of the US-UAE Strategic Dialogue launched last October and its role in promoting understanding between the two countries, deepening bilateral relations and pushing them to broader horizons in various fields in the interest of the two friendly peoples. 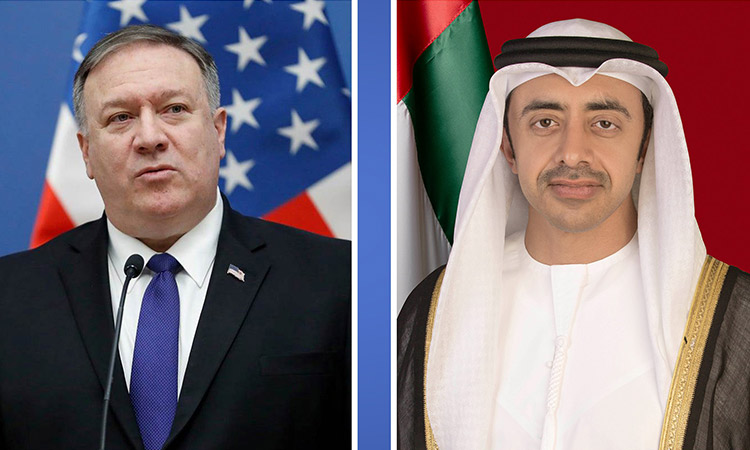 The UAE has been the top export destination for the US in the Middle East for the past 11 years, and these deepening ties help spur innovation and create jobs in both countries. 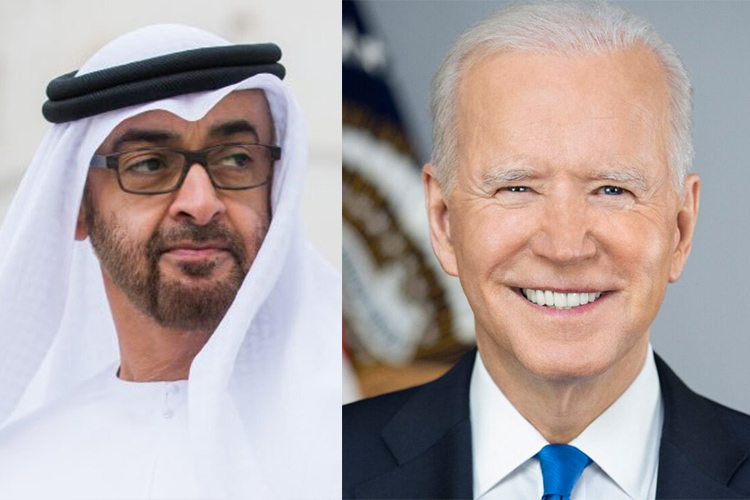 The two leaders stressed the significance of continuing to boost bilateral relations in the future, and the joint efforts to enhance peace and cooperation in the region.