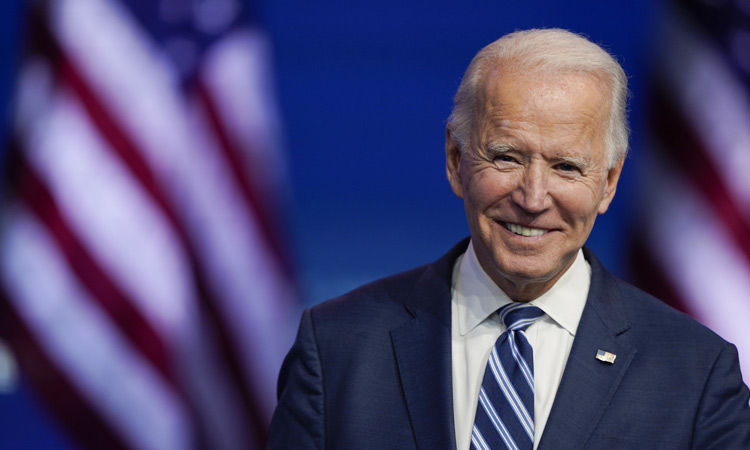 President-elect Joe Biden smiles as he speaks at The Queen theater in Wilmington. File photo/AP Photo

Georgia’s governor and top elections official on Friday certified results showing Joe Biden won the presidential race over Republican President Donald Trump, bringing the state one step closer to wrapping up an election fraught with unfounded accusations of fraud by Trump and his supporters.

Secretary of State Brad Raffensperger certified results reported by the state’s 159 counties that show Biden with 2.47 million votes, President Donald Trump with 2.46 million votes and Libertarian Jo Jorgensen with 62,138. That leaves Biden leading by a margin of 12,670 votes, or 0.25%. 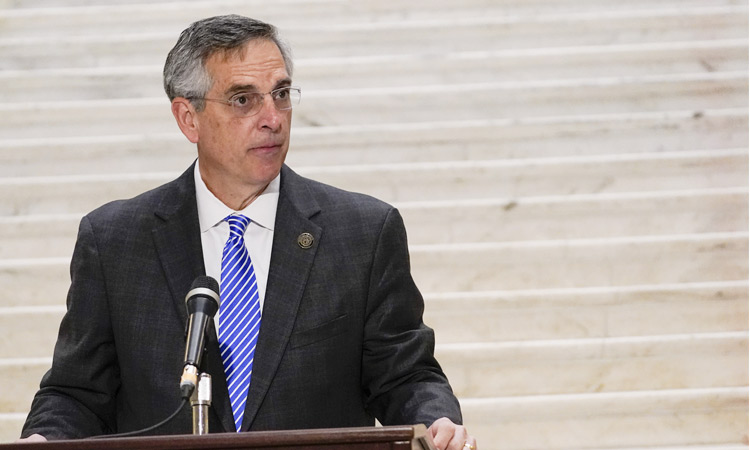 Later Friday, Gov. Brian Kemp certified the state’s slate of 16 presidential electors. In an announcement streamed online, Kemp did not clearly endorse the results. Instead he said the law requires him to “formalize the certification, which paves the way for the Trump campaign to pursue other legal options and a separate recount if they choose.”

The Republican governor hasn’t stepped forward to defend the integrity of this year’s elections amid attacks by Trump and other members of his own party, who claim without evidence that the presidential vote in Georgia was tainted by fraud. Kemp has neither endorsed Trump’s fraud claims nor backed Raffensperger, a fellow Republican, in his assertion that the election was conducted fairly.

Trump’s endorsement two years ago helped Kemp win a heated Republican primary and eke out a narrow general election victory over Democrat Stacey Abrams. Even after losing the White House, Trump is expected to remain a powerful influence with GOP voters in the upcoming Senate runoffs in Georgia as well as in 2022, when Kemp will have to seek reelection.

The counties’ results were affirmed by a hand count of the 5 million ballots cast in the race, according to results released by the secretary of state’s office. The tally resulted from an audit required by a new state law and wasn’t in response to any suspected problems with the state’s results or an official recount request. Raffensperger said the hand tally confirmed Biden’s victory.

In fact, the signatures on absentee ballot applications and envelopes are required to be checked when they are received. The audit is only meant to ensure that the voting machines counted the ballots correctly, Raffensperger’s office has said.

Two years ago, when he was secretary of state, Kemp pushed back forcefully against an outcry from Democrats who accused him of suppressing voter turnout to improve his odds of winning the gubernatorial election. At the time, he insisted that Georgia’s laws “prevent elections from being stolen from anyone.”

At a news conference at the state Capitol on Friday morning, before the results were certified, Raffensperger reiterated his confidence in the 2020 elections.

“Working as an engineer throughout my life, I live by the motto that numbers don’t lie,” he said. “As secretary of state, I believe that the numbers that we have presented today are correct. The numbers reflect the verdict of the people, not a decision by the secretary of state’s office or of courts or of either campaign.”

Raffensperger’s office stumbled earlier in the day when it prematurely announced the certification while it was still unfinished. Forty minutes later, a corrected news release was sent out saying that certification was still to come. The momentary slip was yet another moment of drama in a race that has been full of it.

Trump challenge to his election victory is 'totally irresponsible': Biden

Now that the results are certified, Trump’s campaign will have two business days to request a recount since the margin is within 0.5%. That recount would be done using scanning machines that read and tally the votes and would be paid for by the counties, the secretary of state’s office has said.

The hand count for the audit produced some slight differences from the previous machine tally, but no individual county showed a variation in margin larger than 0.73%, and the variation in margin in 103 of the state’s 159 counties was less than 0.05%, the secretary of state’s office said. During the audit, several counties discovered previously uncounted ballots and had to recertify their results.

“It’s quite honestly hard to believe that during the audit thousands of uncounted ballots were found weeks after a razor-thin outcome in a presidential election,” Kemp said. “This is simply unacceptable.”

Raffensperger said Friday that he plans to propose legislative changes aimed at increasing trust in the results, including allowing state officials to intervene in counties that have systemic problems in administering elections, requiring photo ID for absentee voting and adding stricter controls to allow for challenges to voters who might not live where they say.

“These measures will improve the security of our elections, and that should lead to greater public trust,” he said.

Raffensperger, a self-described “passionate conservative,” has endured intense criticism and insults from fellow Republicans - from the president to the chair of the state Republican Party - over his handling of the election. He acknowledged their feelings on Friday.

Biden is the first Democratic presidential nominee to carry the state since 1992. 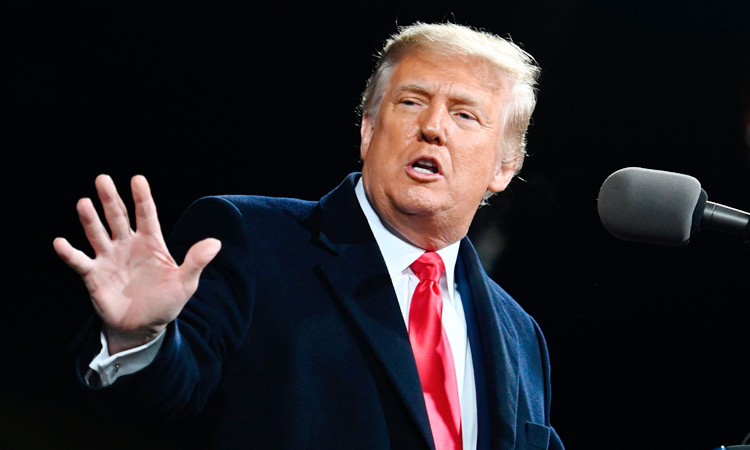