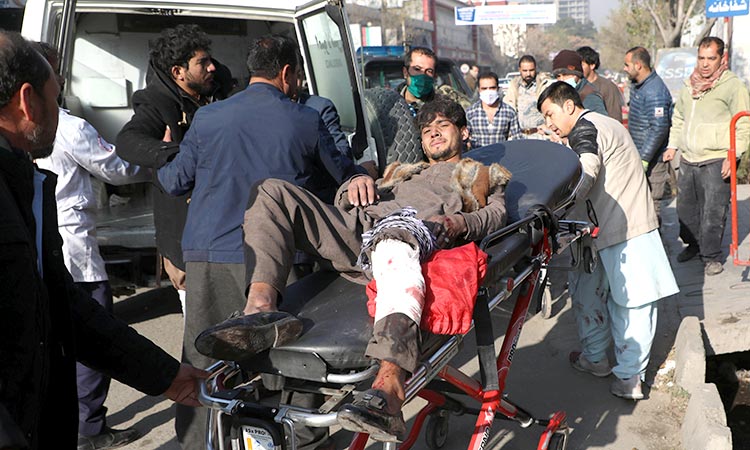 An injured man is carried to a hospital after rockets hit residential areas in Kabul on Saturday. Omar Sobhani/Reuters

At least eight people died and dozens more wounded after a series of loud explosions shook central Kabul on Saturday.

"The terrorists fired 23 rockets on the city of Kabul. Based on the initial information, eight people were martyred, and 31 others were wounded," said interior ministry spokesman Tariq Arian, who blamed the Taliban for the attack. A police source also confirmed the toll. 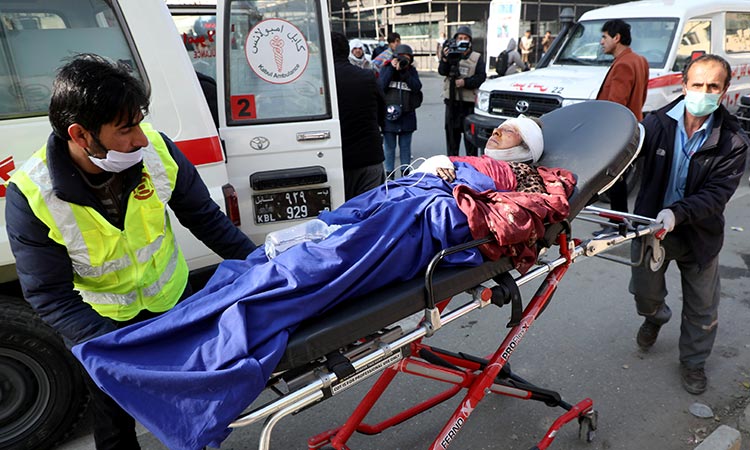 An injured person is carried to a hospital after rockets hit residential areas in Kabul, Afghanistan, on Saturday. Reuters

According to the foreign media, the blasts occurred in densely populated regions of Kabul, including centrally located Green Zone and at an area in the north.

So far, no group has taken the responsibility for the blasts.

Alarms could be heard blaring at embassies and businesses in and around the Green Zone, a massive, heavily fortified quarter that houses dozens of international companies and their workers. 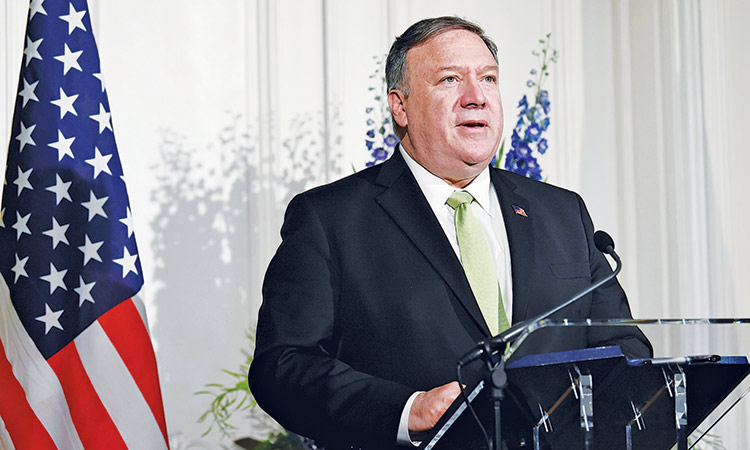 US Secretary of State Mike Pompeo speaks to the media in Washington. File photo

Unverified photos circulating on social media showed what appeared to be holes from rockets punched into at least two separate buildings.

Officials did not immediately comment but the interior ministry said two small “sticky bomb” explosions had been reported earlier Saturday morning, including one that hit a police car, killing one policeman and wounding three others.

The explosions come ahead of a meeting between US Secretary of State Mike Pompeo and negotiators from the Taliban and the Afghan government the Gulf state of Qatar.

There is an ongoing wave of violence that has wrought carnage across Afghanistan in recent months. No group immediately claimed responsibility for Saturday’s blasts.

The Taliban have pledged not to attack urban areas under the terms of a US withdrawal deal, but the Kabul administration has blamed the insurgents or their proxies for other recent attacks in Kabul.

Taliban and Afghan government negotiators launched peace talks in September but progress has been slow.

Officials told AFP on Friday however that a breakthrough was expected to be announced in the coming days.

In the past six months, the Taliban carried out 53 suicide attacks and 1,250 explosions that left 1,210 civilians dead and 2,500 wounded, interior ministry spokesman Tariq Arian said this week.