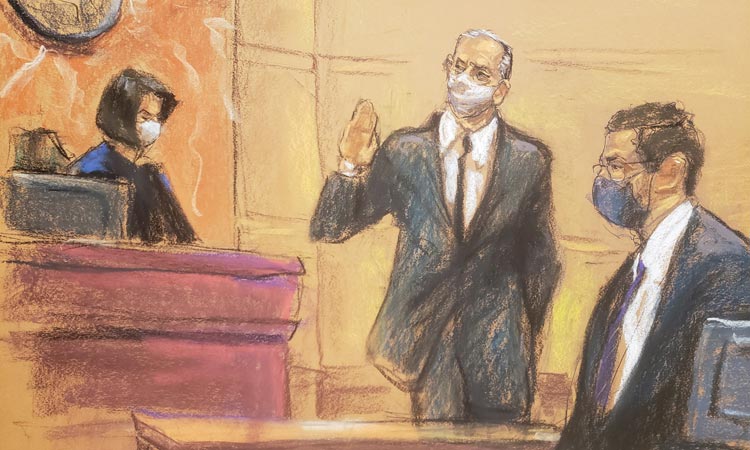 US authorities have dropped drug trafficking and money laundering charges against a former Mexican defense minister who was sent back to face a criminal probe in his home country.

Salvador Cienfuegos was accused of conspiring to produce and distribute “thousands of kilograms” of cocaine, heroin, methamphetamine and marijuana in the US over a period of more than a year.

The retired general denied the charges — which date to when he was a key figure in President Enrique Pena Nieto’s 2012-2018 administration — but faced a possible life sentence if convicted.

Court authorities in New York said the 72-year-old arrived back in Mexico hours after a judge approved a Justice Department request to release him from US custody.

“I have no reason to doubt the government’s determination that the Mexican prosecuting authorities sincerely wish to pursue an investigation and possible prosecution,” said Judge Carol Avon in granting the request.

During the brief US hearing, the judge asked the 72-year-old Cienfuegos whether he accepted the agreement that he be escorted by US marshals to Mexico, where he currently faces no charges.

“Yes, I agree,” he replied in Spanish.

Cienfuegos expressed “his total willingness to meet what is required of him for the investigation” after his arrival, according to the Mexican prosecutor’s office.

VIDEO: Young girl burnt alive by man for refusing to marry him in India

US authorities arrested Cienfuegos at a Los Angeles airport last December, to the surprise and irritation of Mexican officials.

US Attorney General Bill Barr and his Mexican counterpart Alejandro Gertz Manero said in a Tuesday’s statement that Mexico had opened their own probe into the former defense chief.

They added that the decision to drop the US case demonstrated “our united front against all forms of criminality.”

Mexican Foreign Minister Marcelo Ebrard hailed the agreement as an “act of respect,” adding that it would not signal a “way to impunity” for Cienfuegos.

But some experts doubt that Cienfuegos will ever stand trial in Mexico.

“The Mexican government tried to get General Cienfuegos back for many reasons and one of them is that this government has militarized security like no other,” said Francisco Rivas, head of the National Citizen Observatory civil society group.

The charges against him appear to have arisen from witness testimony in the US trial of drug lord Joaquin “El Chapo” Guzman, who was last year sentenced in New York to life in prison.