VIDEO: Young girl burnt alive by man for refusing to marry him in India - GulfToday

VIDEO: Young girl burnt alive by man for refusing to marry him in India 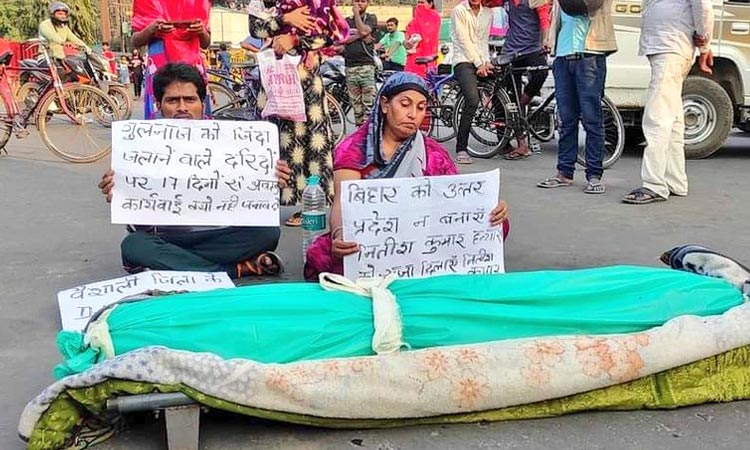 Parents of Gulnaz stage a protest in Bihar next to her body.

A young Muslim girl in the Indian state of Bihar was burnt alive after she refused to marry a Hindu boy.

According to media reports, a man called Satish Rai had been harassing 20-year-old Gulnaz Khatoon to marry him for months, but she clearly refused as she was a Muslim.

On the day of the incident, Satish had allegedly poured kerosene oil onto Gulnaz and set her on fire at Rasoolpur Habib village, District Vishali, Bihar, after she resisted eve-teasing.

Gulnaz had sustained around 75 per cent burns and succumbed to her injuries on Monday.

In her video statement before death in the hospital, she named Satish and his father Vinay and cousin brother Chandan.
The video of the victim naming her tormentor has gone viral on social media. In the video statement to police, the victim said, "I was going to throw garbage outside around 6pm when Satish Rai, poured kerosene over me and set me ablaze." 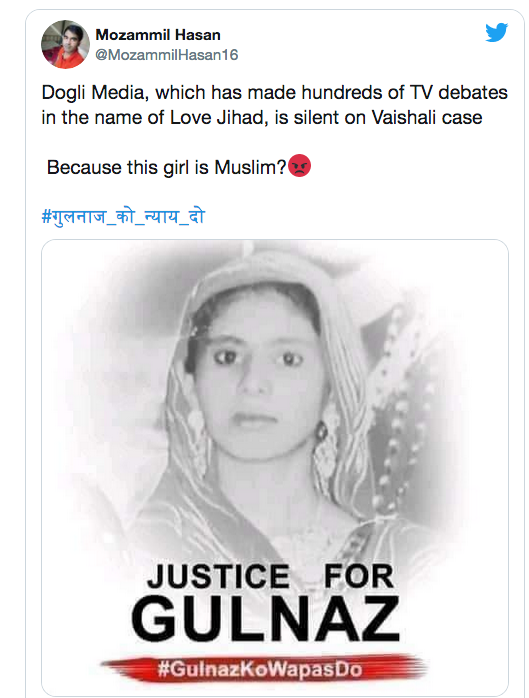 The victim was taken to the Patna Medical College Hospital where she died on Nov.16 evening.
Due to police inaction in the case, the family of the victim staged a protest by keeping the victim's body on the road. The family has demanded the arrest of all three accused in the case.

Criticising the Narendra Modi government on social media, the netizens have blamed that since the girl was Muslim and the boy was Hindu the case is not being treated as a case of “Love Jihad.”

Meanwhile, Vishali police said that a man was arrested on the charge of involvement in Gulnaz burning case.

"We have arrested accused Chandan Rai and efforts are on to nab Vinay Rai and his son Satish Rai. They are still absconding," a senior police officer said.