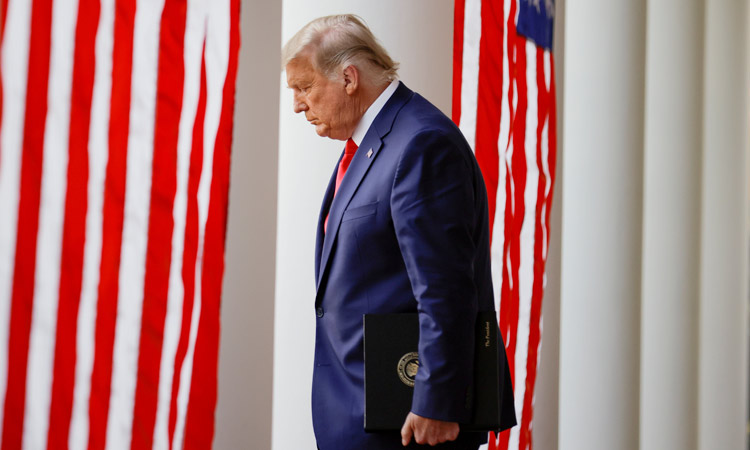 Trump walks down the West Wing colonnade from the Oval Office to the Rose Garden at the White House. File/Reuters

According to “The New York Times” report, President Trump asked top aides about the possibility of striking Iran's nuclear facilities. 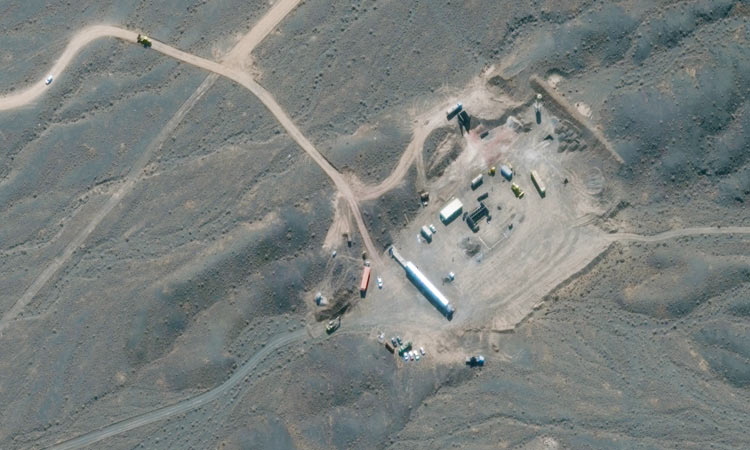 The outgoing Republican leader asked "whether he had options to take action against Iran's main nuclear sites in the coming weeks," the newspaper said.

Trump, who has refused to concede and is challenging the results of the Nov.3 presidential election, is to hand over power to Democratic President-elect Joe Biden on Jan.20.

The official confirmed the account of the meeting in The New York Times, which reported the advisers persuaded Trump not to go ahead with a strike because of the risk of a broader conflict.

“He asked for options. They gave him the scenarios and he ultimately decided not to go forward,” the official said. 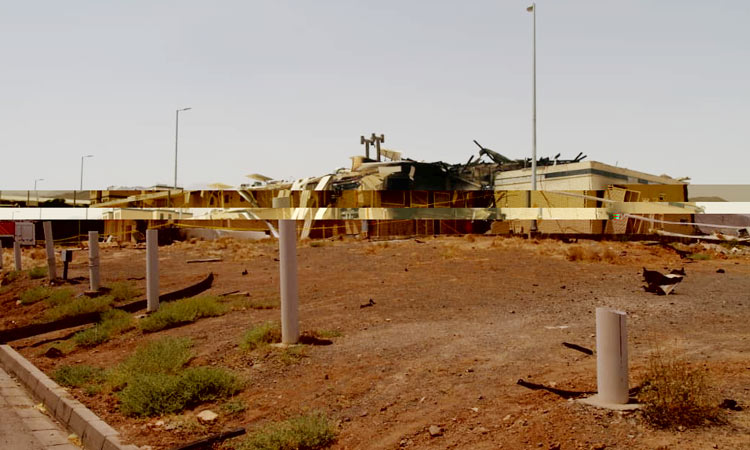 A view of a damaged building after a fire broke out at Iran's Natanz nuclear facility in Isfahan, Iran. File/Reuters

Trump has spent all four years of his presidency engaging in an aggressive policy against Iran, withdrawing in 2018 from the Iran nuclear deal negotiated by his Democratic predecessor, Barack Obama, and imposing economic sanctions against a wide variety of Iranian targets.

Trump’s request for options came a day after a UN watchdog report showed Iran had finished moving a first cascade of advanced centrifuges from an above-ground plant at its main uranium enrichment site to an underground one, in a fresh breach of its 2015 nuclear deal with major powers.

Alireza Miryousefi, spokesman for Iran’s mission to the United Nations in New York, said Iran’s nuclear program is purely for peaceful purposes and civilian use and Trump’s policies have not changed that. “However, Iran has proven to be capable of using its legitimate military might to prevent or respond to any melancholy adventure from any aggressor,” he added.

Iran’s 2.4 tonne stock of low-enriched uranium is now far above the deal’s 202.8 kg limit. It produced 337.5kg in the quarter, less than the more than 500kg recorded in the previous two quarters by the International Atomic Energy Agency.

In January, Trump ordered a US drone strike that killed Iranian General Qassem Soleimani at Baghdad’s airport. But he has shied away from broader military conflicts and sought to withdraw US troops from global hotspots in keeping with a promise to stop what he calls “endless wars.”

A strike on Iran’s main nuclear site at Natanz could flare into a regional conflict and pose a serious foreign policy challenge for Biden.