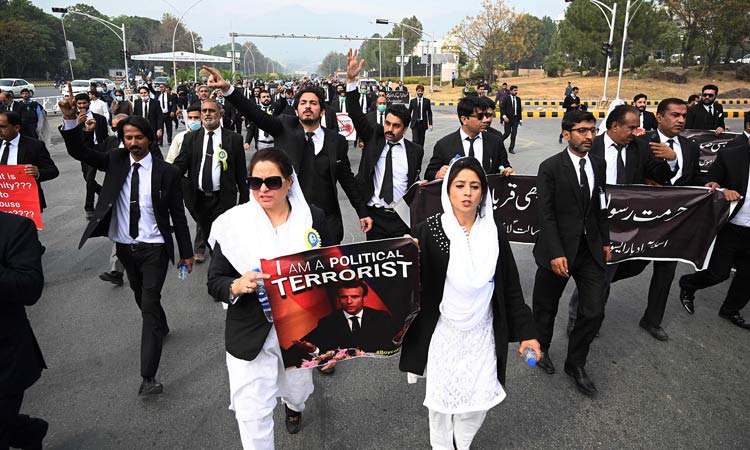 Lawyers display placards as they march along a street during an anti-France demonstration in Islamabad. AFP

Imran has called upon all political parties to immediately halt gatherings and rallies across the country to stem the spread of second COVID-19 wave. 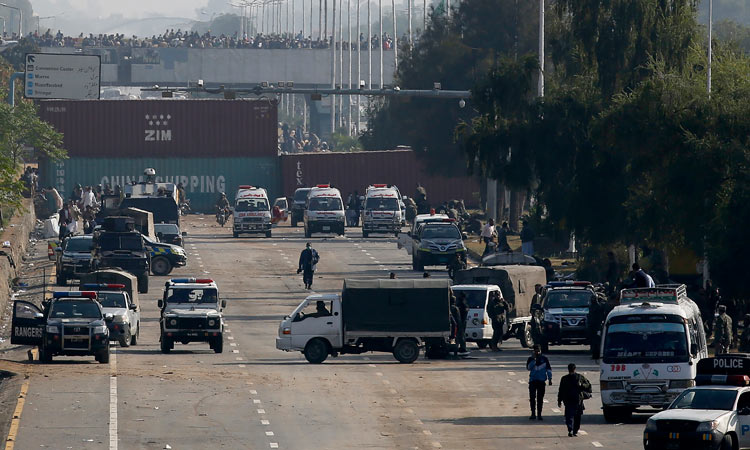 Shipping containers placed on a highway to stop supporters of a religious party in Islamabad. AP

“We have cancelled our Saturday’s rally and we have decided that any activity which does not affect the livelihood of people should be stopped immediately,” the premier said while addressing the media after a meeting of the National Coordination Committee (NCC) in Islamabad on Monday.

Imran said his party has cancelled all political rallies across the country and “I will ask other parties to do the same.” 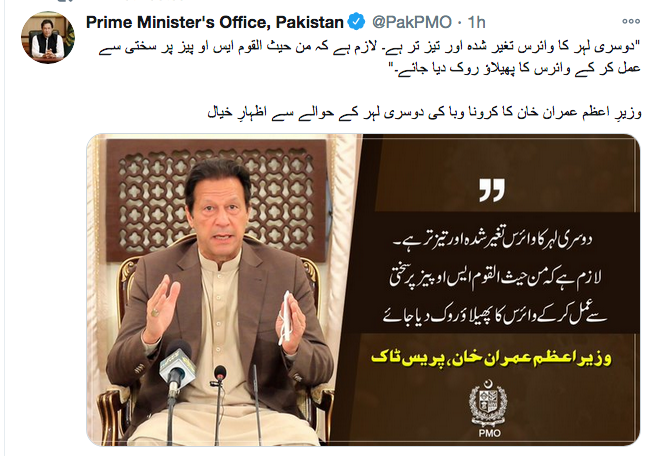 Several huge religious and anti-government public rallies have been held in major cities in recent weeks.

There were 2,128 new cases registered on Sunday, the fourth day that the daily increase has been above 2,000.

More than 7% of people tested on Sunday were found to have contracted the virus, compared with between 2% and 3% during most of the last four months. 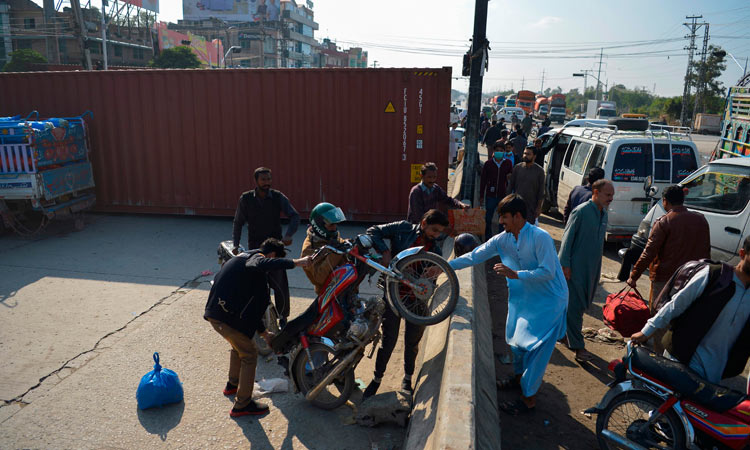 People help a man to lift his motorbike over a road divider after authorities blocked the Islamabad-Rawalpindi highway. AFP

After a peak of over 6,800 daily infections in June, the number fell to a low of 213 in August, and remained below 700 for most of the last three months.

"No one followed safety precautions and we are seeing the results," Dr Seemin Jamali, executive director of Jinnah Postgraduate Medical Centre in Karachi, told Reuters. "It is high time people realise, or we will continue to suffer." The country has registered a total 359,032 coronavirus cases and 7,160 deaths. 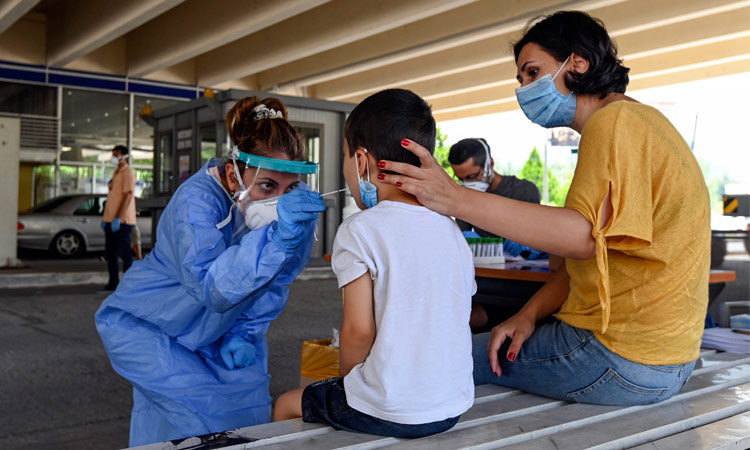 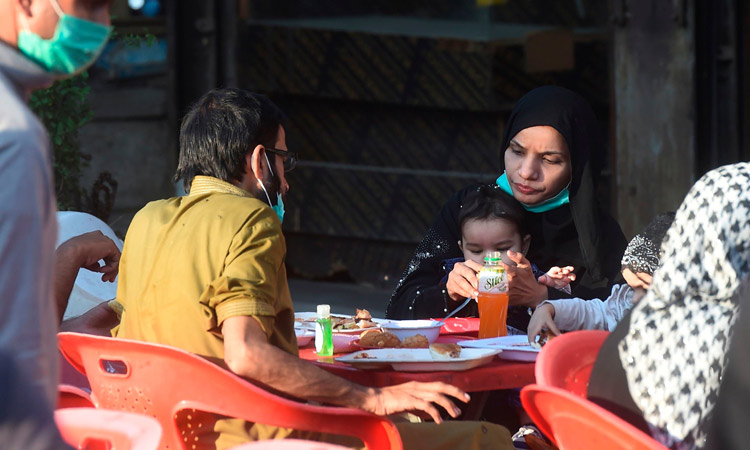 “The Pakistani economy is progressing at a better rate in the region with increased exports, well performing industries and appreciating currency,” Imran said.