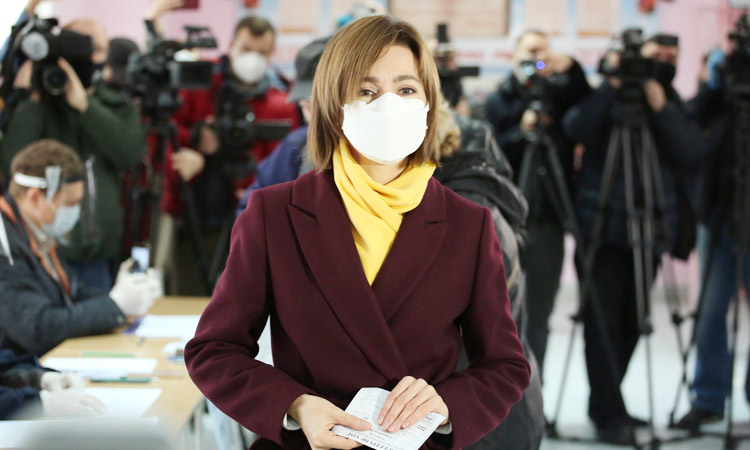 Maia Sandu walks to cast her ballot at a polling station in Chisinau, Moldova. Reuters

“Preliminary data is clear, they speak for themselves,” Vladimir Sarban, the commission’s deputy head, told a news conference.

He said the final results would be announced within five days. According to Moldova’s legislation, the Constitutional Court must approve the results.

Sandu, 48, has said she would secure more financial support from the EU as president.