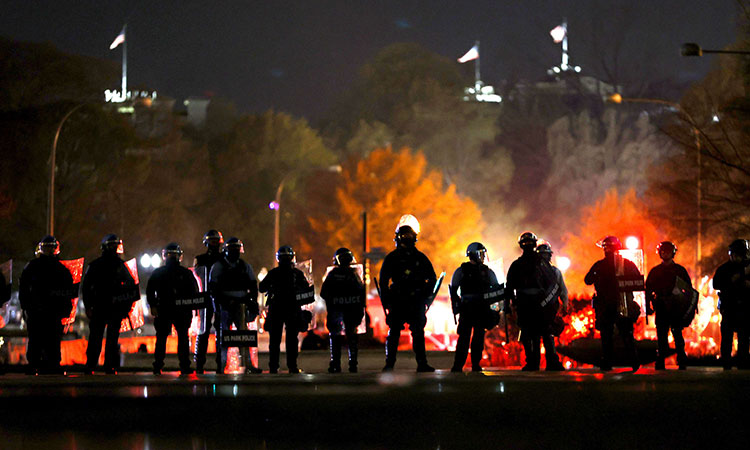 Police officers stand in line as they monitor a protest following the “Million MAGA March” in Washington. AFP

Clashes broke out in the streets on Saturday night after Trump's supporters marched to back his refusal to election results. Police pushed them back about a block, and the crowd has now dwindled.

Several other cities on Saturday also saw gatherings of Trump supporters unwilling to accept Democrat Joe Biden's Electoral College and popular vote victory as legitimate. Cries of "Stop the Steal” and "Count Every Vote” continued in spite of a lack of evidence of voter fraud or other problems that could reverse the result.

After night fell, organisers for the “March for Trump” event did not respond to the media’s requests for comment.

While, smaller groups of counter demonstrators also gathered near the Supreme Court in support of President-elect Joe Biden's electoral victory. 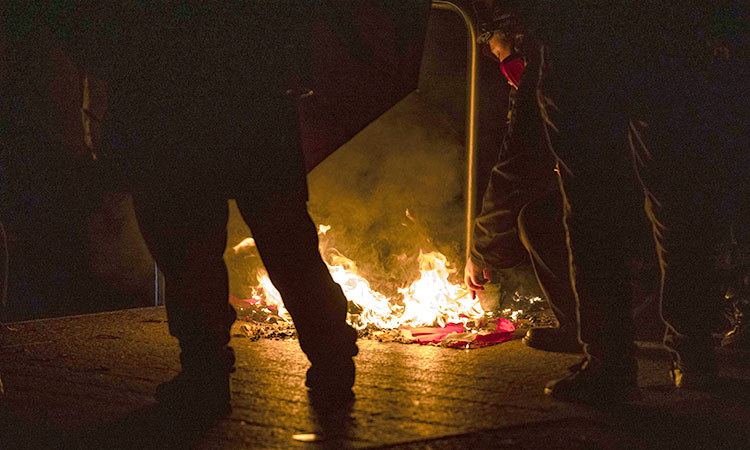 After night fell, the relatively peaceful demonstrations in Washington turned from tense to violent. Videos posted on social media showed fistfights, projectiles and clubs as Trump supporters clashed with those demanding they take their MAGA hats and banners and leave.

The tensions extended to Sunday morning. A variety of charges, including assault and weapons possession, were filed against those arrested, officials said. Two police officers were injured and police recovered several firearms.

On Friday the President's motorcade passed cheering and waving supporters on his way to a golf outing. 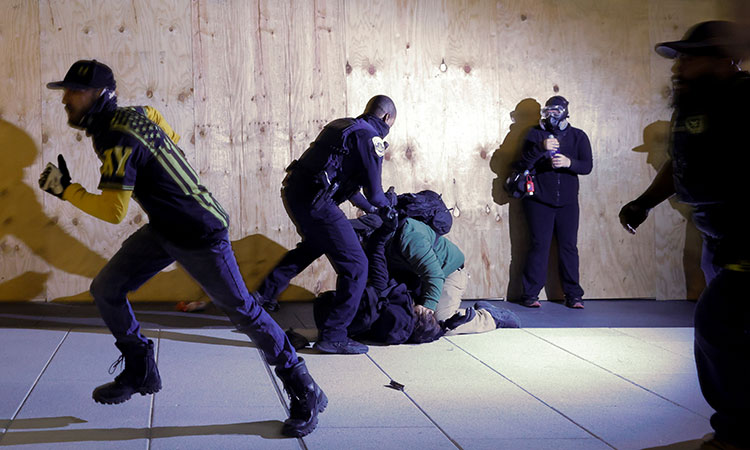 A police officer tries to stop a fight following a protest against election results, in Washington. Carlos Barria/Reuters

Before Saturday's rallies, US President took notice of the gatherings and tweeted on Friday that he might make an appearance.

Trump himself had given an approving nod to the gathering Saturday morning by dispatching his motorcade through streets lined with supporters before rolling on to his Virginia golf club.

People chanted "USA, USA” and "four more years,” and many carried American flags and signs to show their displeasure with the vote tally and insistence that, as Trump has baselessly asserted, fraud was the reason. 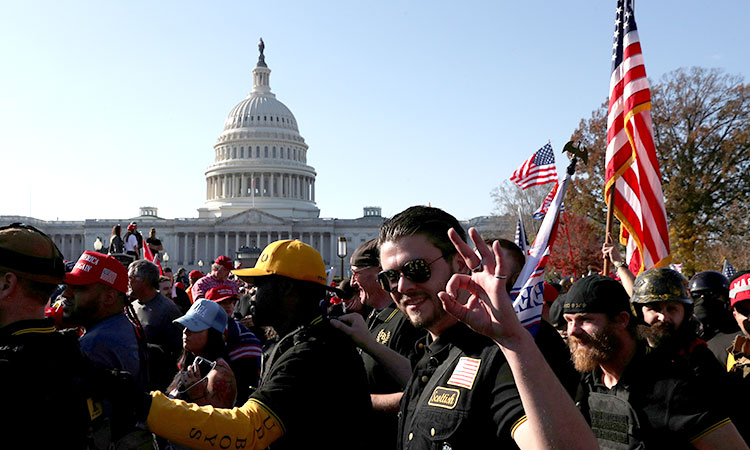 A supporter of Donald Trump gestures with a white power hand symbol in Washington. Reuters

"I just want to keep up his spirits and let him know we support him,” said one loyalist, Anthony Whittaker of Winchester, Virginia. He was outside the Supreme Court, where a few thousand assembled after a march along Pennsylvania Avenue from Freedom Plaza, near the White House.

A broad coalition of top government and industry officials has declared that the Nov. 3 voting and the following count unfolded smoothly with no more than the usual minor hiccups — "the most secure in American history,” they said, repudiating Trump's efforts to undermine the integrity of the contest.