The government installed cameras in my jail cell and restroom, says Maryam Nawaz 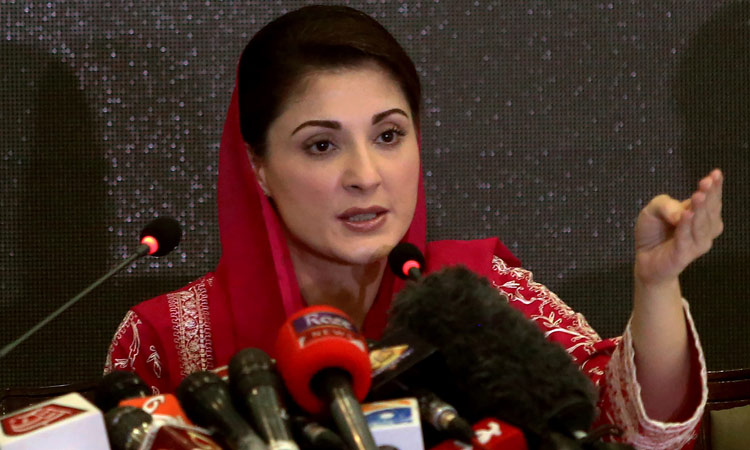 Pakistan Muslim League-Nawaz (PML-N) vice president Maryam Nawaz continues to grab the headlines. The spunky social media persona on Thursday, known for her strident rhetoric in her tweets, has come out with new allegations. She has accused the government of giving shoddy treatment to women like her, even going to the extent of installing cameras in her jail cell and bathroom.

In a recent interview, Maryam Nawaz spoke about the alleged inconveniences she had to face when she was imprisoned after being arrested in the Chaudhary Sugar Mills case last year, according to a report in a section of the media.

Pakistani policeman uses own daughter as bait to nab rapists

"I have gone to jail twice and if I speak about how I, a woman, was treated in jail, they will not have the audacity to show their faces," she said, referring to the government.

Maryam Nawaz and her brothers were named in the Panama Papers leak as owners of offshore companies used to buy luxury flats in London.

His sexist remarks came at a public gathering a day after Prime Minister Imran Khan said Maryam Nawaz had been spared for being a woman over her anti-army remarks.

Gandapur made the controversial statement about Maryam Nawaz at a Pakistan Tehrik-e-Insaf (PTI) rally in GB, saying: "She is beautiful but she spent millions on her surgeries from the taxpayers’ money."

He further said that if he picked anyone from the crowd and spent just a little from the taxpayers’ money on their surgeries they would look handsome like (Hollywood actors) Brad Pitt and Tom Cruise.

His assertions earned him severe criticism from opposition parties and people from different walks of life on social media.

"It appears that a woman (Maryam) has been on the nerves of the selected rulers. A single woman has shaken the entire vote-stealing government. Gandapur’s remarks are a reflection of the dirty mindset of the rotten system and moral bankruptcy of him,” Punjab PML-N president Rana Sanaullah said and added that such comments also showed that the ruling PTI had nothing to offer to the people of GB.