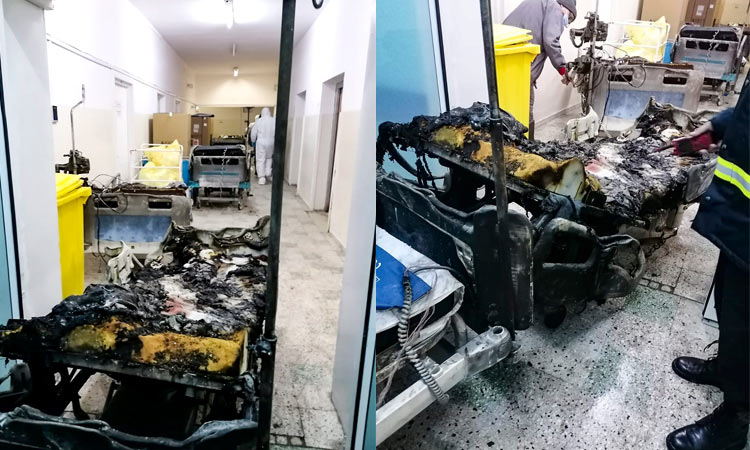 A burned bed from the destroyed COVID-19 intensive care ward at the hospital in Piatra Neamt is placed in a corridor after a fire. AP

A doctor left badly burned in a Romanian hospital fire that left 10 dead was hailed as a hero on Sunday after it emerged he had tried to help COVID-19 patients to safety.

The blaze broke out in the Intensive Care Unit (ICU) of the Piatra Neamt county hospital and spread to an adjoining room. It was unclear what triggered it, officials said.

Eight of the victims died in the flames and two others were pronounced dead following their evacuation. 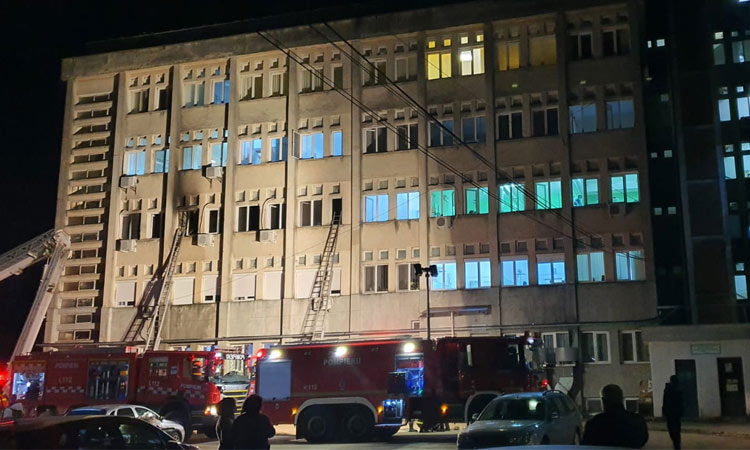 After suffering second- and third-degree burns to 40 per cent of his body, the doctor, named in local media as Catalin Denciu, was transferred to Belgium's Queen Astrid military hospital on Sunday for specialised treatment.

Local media reported that the preliminary inquiry showed that the fire safety plans for the second floor of the building, where the fire broke out, had not been updated for 30 years.

Local media have also revealed serious problems in the management of the hospital.

The facility has had eight directors over the past year, one of whom served for just three days in May.

According to Digi24 TV, the hospital is seeking temporary storage for the victims' bodies as the hospital morgue was already full before the fire. 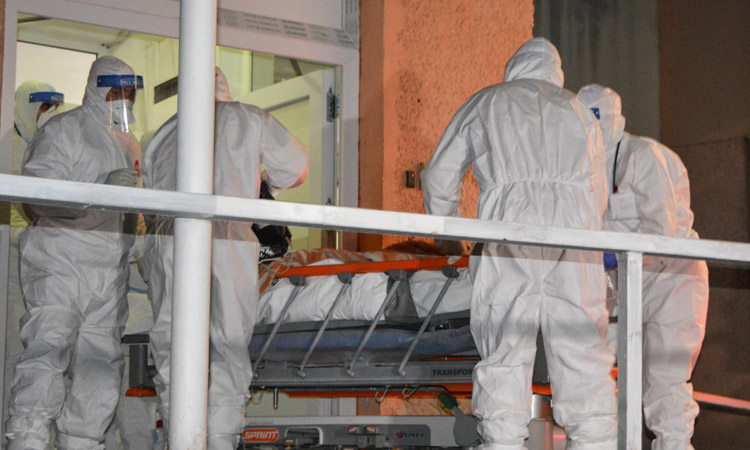 Medical staff move a COVID-19 patient to an ambulance in Piatra Neamt. Reuters

Ten people suffering from COVID-19 died in the fire late on Saturday in ICU of the hospital in the northeastern town of Piatra Neamt. The seven men and three women ranged in age from 67 to 86, the hospital said. Six others were seriously injured.

The prosecutor general has opened an enquiry into the tragedy, while the health ministry has suggested the fire could have been caused by an electrical short circuit.

A survivor of the Colectiv disaster, Alexandra Furnea, called on authorities "to do what they didn't do for us" and show that lessons had been learned over the past five years.

"Do not hide behind self-serving lies, don't mention outdated protocols in order to justify a crime," Furnea wrote in a Facebook post. 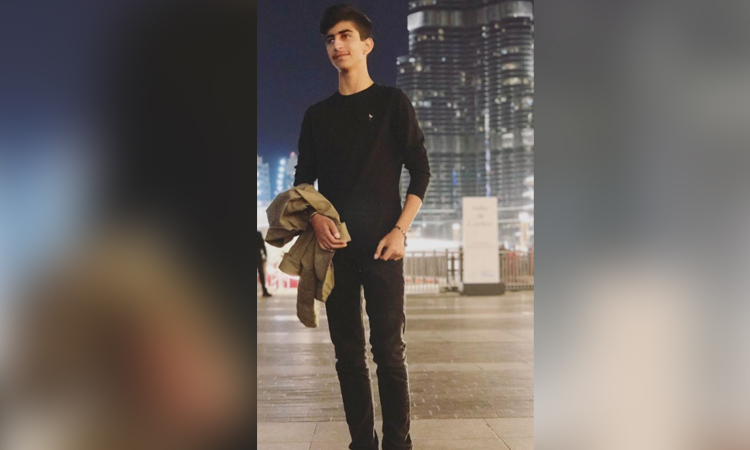 Bashir's family said since his birth he had a congenital heart defect, because of which he underwent several surgeries, catheterization and open-heart surgery. 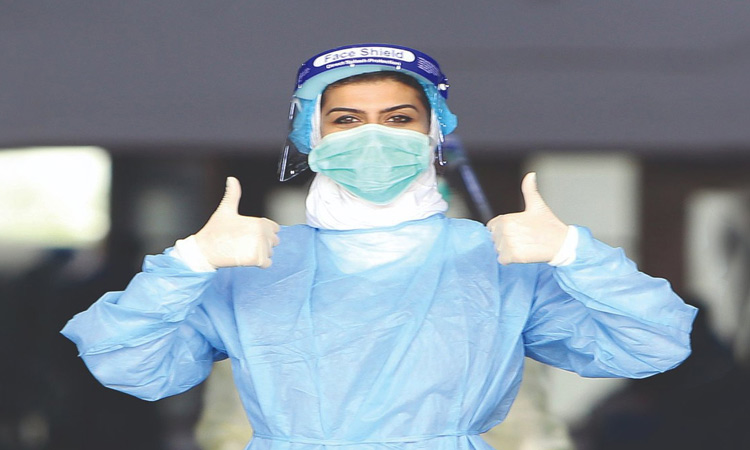 In its latest weekly update on the pandemic, the UN health agency said on Wednesday that confirmed cases dropped 12% to more than 3 million and reported deaths declined 22% to about 7,600.