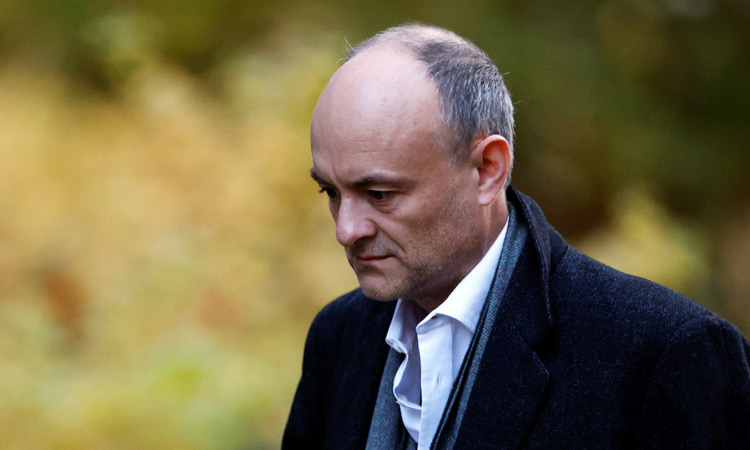 Dominic Cummings, one of British Prime Minister Boris Johnson’s most powerful advisers, will leave his position at the heart of Downing Street when Brexit is done at year-end, after an internal battle over who should be Johnson’s chief of staff.

Cummings, who masterminded the 2016 Brexit referendum vote and Johnson’s 2019 landslide election bid, told the BBC that his position had not changed since January when he said he wanted to be largely redundant by the end of this year.

Transport Secretary Grant Shapps told Sky that Cummings had planned not to stay in his position as Johnson’s senior adviser for much more than a year, once Britain left informal membership of the European Union.

“As he wrote right at the beginning of the year in his own words, he planned to make himself largely redundant this year with the big thing that he’d worked on, of course, which was Brexit coming to an end at the end of the transition period which is Dec.31,” Shapps said.

The exit of one of Johnson’s closest allies marks one of the most significant changes to the prime minister’s inner circle to date: Cummings was cast by some of Johnson’s “brain” - a figure who wielded significant influence.

A committed Brexiteer who scorned the British political establishment and hurled barbs at reporters and cabinet ministers alike, Cummings was cast in the Spitting Image satirical puppet show as an alien who repeatedly threatened Johnson with resignation - and sometimes asked to eat his child.

Shapps said Cummings would be missed as it was good to have someone in government to shake things up.

As Johnson negotiates the final stages of a Brexit trade deal and grapples with a second wave of the novel coronavirus outbreak, Downing Street has been gripped by an internal battle over who should become Johnson’s chief of staff.

Johnson’s director of communications, Lee Cain, resigned on Wednesday. Cain, another Brexit supporter, was a close ally of Cummings and worked with him at the Vote Leave campaign.