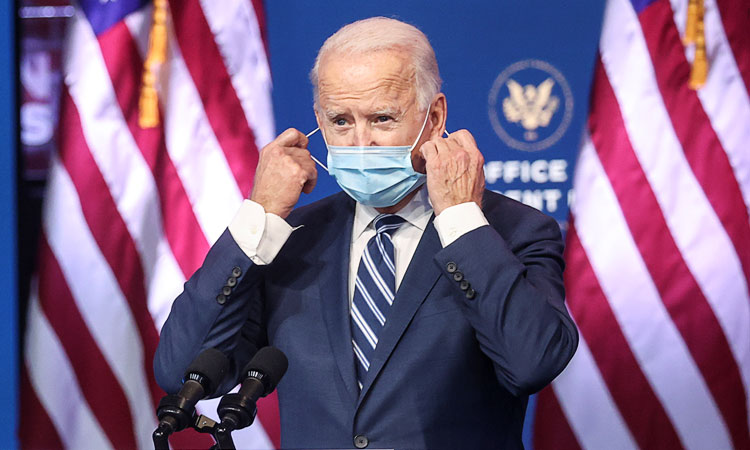 US President-elect Joe Biden speaks to reporters during a news conference in Wilmington. File photo/Reuters

China’s foreign ministry said on Friday that it extended congratulations to US President-elect Joe Biden and Vice-President-elect Kamala Harris, who won the Nov.3 election that President Donald Trump has refused to concede.

“We respect the choice of the American people. We extend congratulations to Mr Biden and Ms Harris,” foreign ministry spokesman Wang Wenbin said at a regular daily briefing.

“We understand the results of the US election will be determined according to US laws and procedures,” he added.