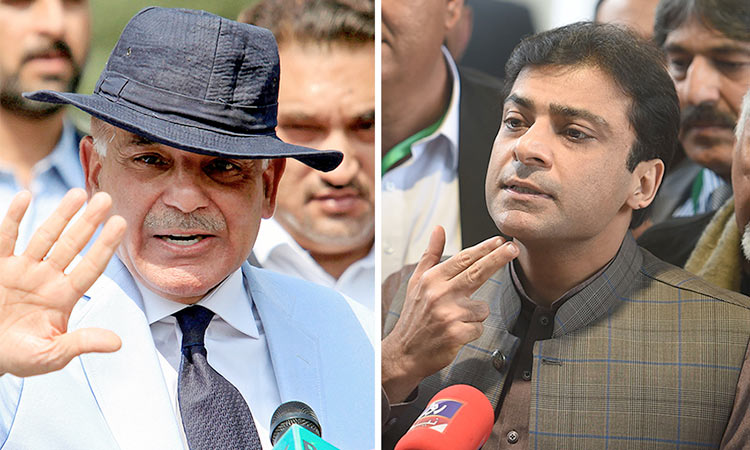 Leader of opposition in the National Assembly and Pakistan Muslim League-Nawaz (PML-N) President Shahbaz Sharif, his son Hamza, who is leader of the opposition in the Punjab Assembly, and others were indicted in a money laundering case by an accountability court in Lahore on Wednesday.

The court has asked the National Accountability Bureau (NAB) to present their evidence at the next hearing. The accused, however, pleaded not guilty.

He said as the chief minister of Punjab he saved Rs80 billion in the Orange Line Project of Lahore. "I will present all the proofs of my innocence in the court,” he said, dismissing the National Accountability Bureau (NAVB) cases as "baseless” and politically-motivated.

Shahbaz is accused of accumulating assets worth Rs7,328 million in connivance with his co-accused family members, benamidars, front persons and close associations and for developing an organised system of money laundering.

The NAB nominated a total of 20 individuals in the reference — Shahbaz Sharif’s wife, his sons Hamza and Suleman, and daughters Rabia Imran and Javeria Ali.

The NAB accuses the PML-N president of committing corruption as envisaged under the National Accountability Ordinance 1999 and money laundering as outlined in the Anti-Money Laundering Act 2010. It claims that the accused "created fake sources of income” to "justify the assets” acquired beyond known sources of income.

On Sept.29, Shahbaz was arrested by the NAB after the Lahore High Court (LHC) rejected his bail in the money laundering case.

Shahbaz was previously arrested on Oct.5, 2018 in another case pertaining to Ramzan Sugar Mills and Ashiana Housing Scheme. He was in the anti-graft watchdog’s custody when the inquiry into money laundering was authorised.