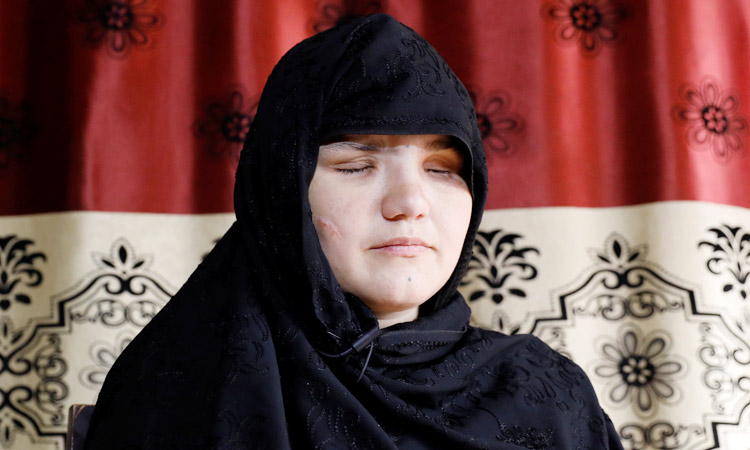 An Afghan policewoman who was blinded after a gunmen attack in Ghazni province. File/Reuters

Khatera, an Afghan policewoman, said after she left her job at a police station in Afghanistan’s central Ghazni province, she saw three men on a motorcycle who attacked her and stabbing her with a knife in the eyes.

When Khatera, 33, waked up in hospital, everything was dark.

“I asked the doctors, why I can’t see anything? They told me that my eyes are still bandaged because of the wounds. But at that moment, I knew my eyes had been taken from me,” she said.

Asian salesman arrested for possessing 909 grams of heroin in Dubai

She and local authorities blame the attack on Taliban and say the assailants acted on a tip-off from her father who vehemently opposed her working outside the home.

Taliban has denied any involvement on Afghan policewoman. Afghanistan has seen a rise in violence in recent weeks — with most of the attacks carried out by the militant.

For Khatera, the attack caused not just the loss of her sight but the loss of a dream she had battled to achieve — to have an independent career. She joined the Ghazni police as an officer in its crime branch a few months ago.

“I wish I had served in police at least a year. If this had happened to me after that, it would have been less painful. It happened too soon... I only got to work and live my dream for three months,” she told the media.