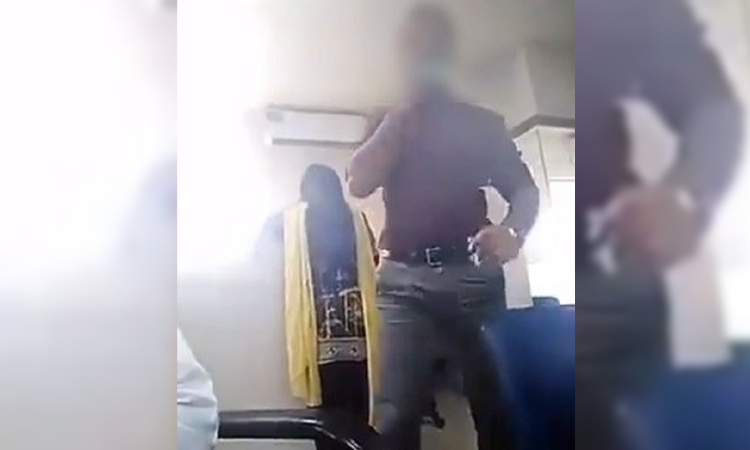 Police arrested an employee of a top Pakistani bank (Faysal Bank) on Sunday after a video of him groping a female colleague went viral on social media.

Pakistan’s Human Rights Minister Shireen Mazari also confirmed the incident on her Twitter account  and said banker  has been arrested and “issued letter of dismissal.”

Mazari’s tweet came a few hours after a video went viral on social media wherein a man, identified as Usman Gohar and likely in his mid-30s, was caught on video sexually harassing a woman, groping her as she stood by his desk, and then taking his seat as if nothing has happened. 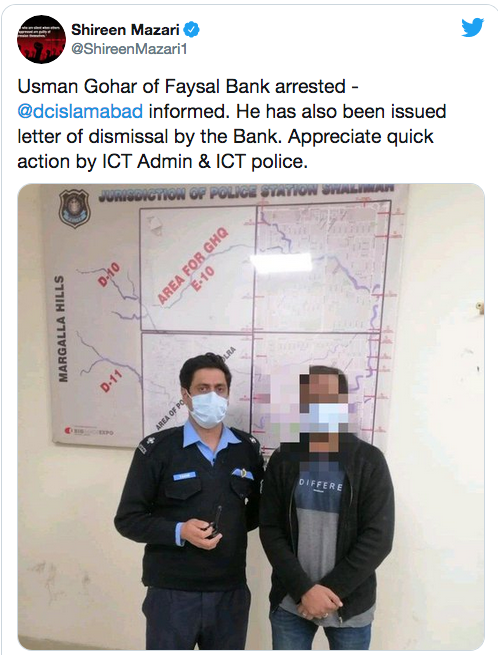 Mazari lauded the federal capital’s authorities, including the administration and the police, for “quick action.”

Mazari also shared a picture of the man, with his face blurred and posing alongside a police officer after his arrest. 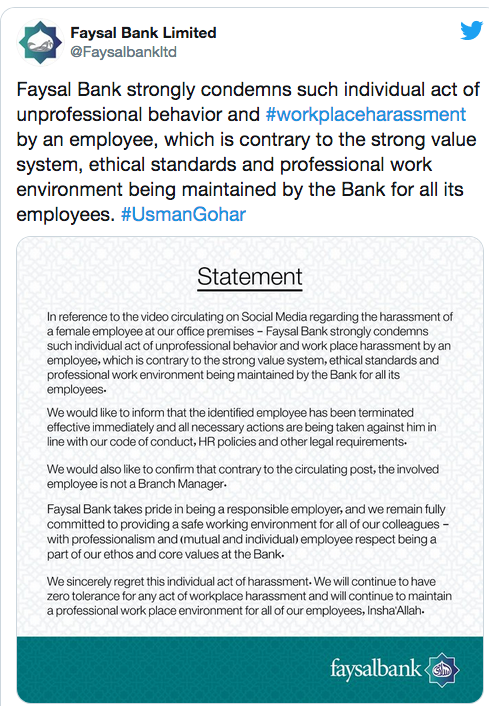 Faysal Bank, too, issued a statement, saying Usman Gohar “has been terminated effective immediately” but stressed that though an employee, he was not a branch manager.

The footage, in which Gohar can be seen inappropriately touching a female employee near his desk went viral on social media with netizens calling for ouster. The video was viewed tens of thousands of time on Twitter and Facebook.