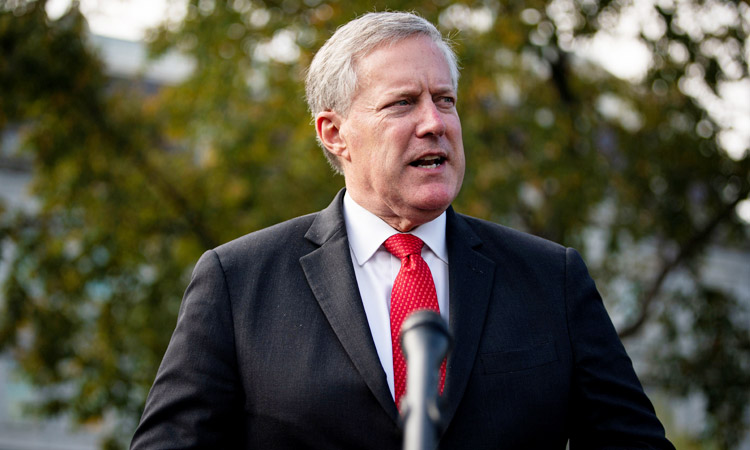 US media reports said on Friday that, several senior members of Trump's administration have contracted the virus in recent weeks, with his chief of staff Mark Meadows the latest to test positive.

The pandemic has been cited as one of the factors for the delay in US election results, with state authorities deluged with millions of ballots mailed by citizens not willing to risk infection by voting in person. 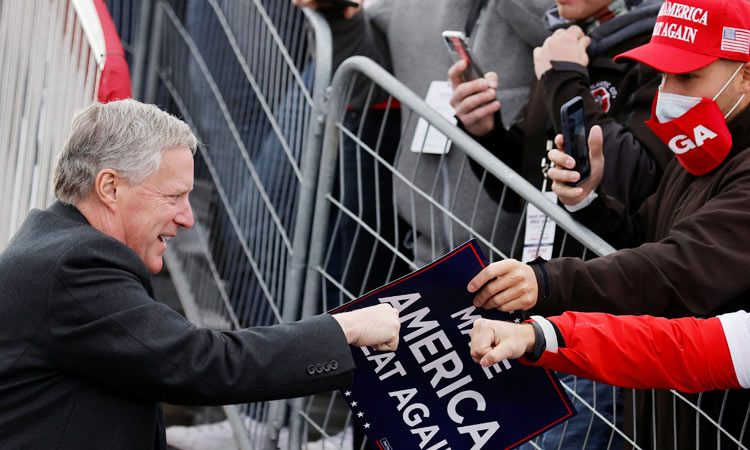 Mark Meadows greets supporters of Trump during a campaign rally at Reading Regional Airport in Pennsylvania.

It was not immediately clear when or how he was infected.

Trump has repeatedly said that the nation is "rounding the turn” on the pandemic, which was top of mind for voters in Tuesday's election.

According to the source, another top campaign aide, Nick Trainer, has also tested positive for the virus.

Meadows, Trump’s top adviser and a former North Carolina lawmaker, regularly accompanied US President Donald Trump on the final frenzied days of the campaign rallies leading up to the presidential election on Tuesday.

The president was briefly hospitalised at the time after he was infected with the virus. His wife and son Barron also tested positive for the coronavirus in October.

His national security adviser, Robert O’Brien, was also sickened with the virus. Another friend of Trump’s, former Republican presidential candidate Herman Cain, died of the coronavirus in July after attending one of Trump’s rallies. 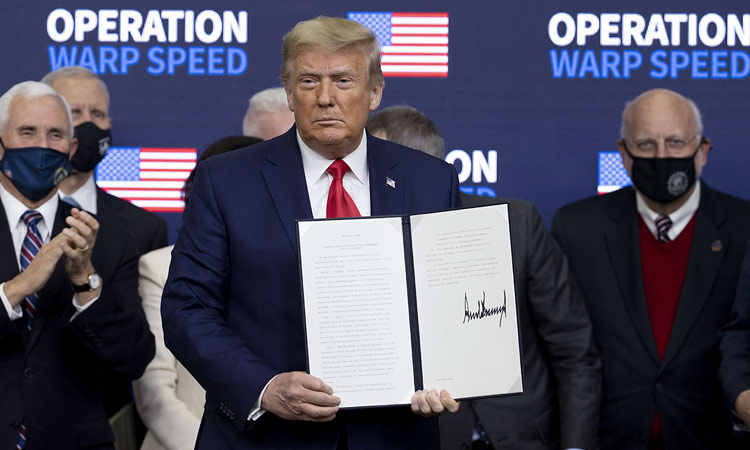