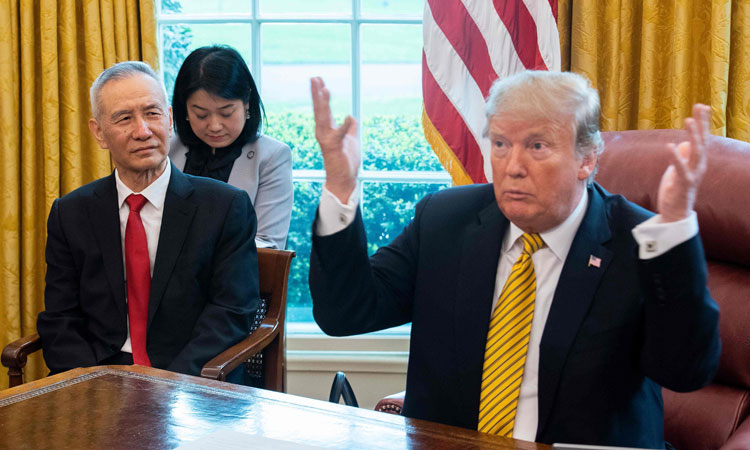 Trump unleashed a flood of incendiary and unsubstantiated claims in a 17-minute address, insisting that Democrats were using “illegal votes” to “steal the election from us.”

NBC and ABC News also pulled the plug on their live coverage of Trump.

“What a sad night for the United states of America to hear their president say that, to falsely accuse people of trying to steal the election,” said CNN's Jake Tapper.

In fact, there is no evidence that any votes cast illegally are being counted or that the process is unfair and corrupt.

Trump delivered his statement before reporters in the White House briefing room and left without taking questions. It came after Trump and his allies spent a second day watching and waiting with the rest of the nation as vote totals pushed further in Biden’s direction in some key battlegrounds.

Hours earlier, Biden offered reassurances that the counting could be trusted, projecting a more presidential appearance while urging patience from Americans.

While Trump's political allies remained silent or distanced themselves on Thursday from the US president, increasingly alone in his fight against what he says is widespread election "fraud," his oldest sons declared their filial loyalty.

Donald Trump Jr., the eldest, called on his father in a tweet to wage "total war" against the cheating that he believes is tainting the presidential election.