Donald Trump will run again in 2024 if he loses this year election, says former adviser - GulfToday 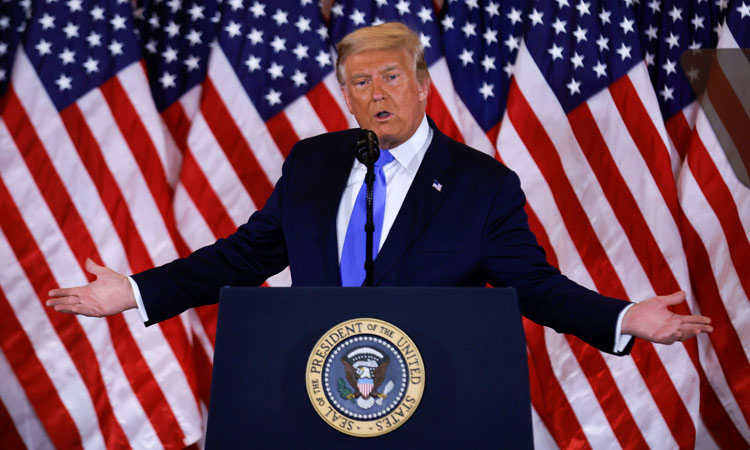 Donald Trump speaks about early results in the East Room of the White House on Wednesday. Reuters

As Democrat Joe Biden’s lead gets stronger in the White House race, Donald Trump’s former campaign adviser has hinted that the president may return to fight for the oval office again in 2024.

Speaking to the BBC’s Radio 4 programme Today, the former communications director for the Trump transition team Bryan Lanza said he is in a good position to “run again four years from now.”

Lanza added that if Trump runs again “he will be younger than Joe Biden than his current bid for the presidency, so age isn’t the issue."

'Biden will have the opportunity to guide this country out of COVID-19, and we’ll see what his successes and failures are. And there’s nobody in the Republican party that can challenge President Trump in the primaries,” Lanza said.

He added that if Trump was to “lose a very tight election” he can “make a strong case to run again."

"And the Republicans would step aside to let it happen,” he added.

If what Lanza says is true, it confirms the point that even if the first presidency of Donald Trump is cut short, his political career is set to continue.

Although the US constitution doesn’t allow any president to serve more than two terms, it doesn’t say anything about those two terms having to be consecutive.

According to a media report, Trump's spiritual adviser, televangelist Paula White-Cain, on Wednesday prayed for "angels" to help the former reality TV star in the US Election 2020, causing the Internet to erupt in laughter and fetching some really sassy comments. 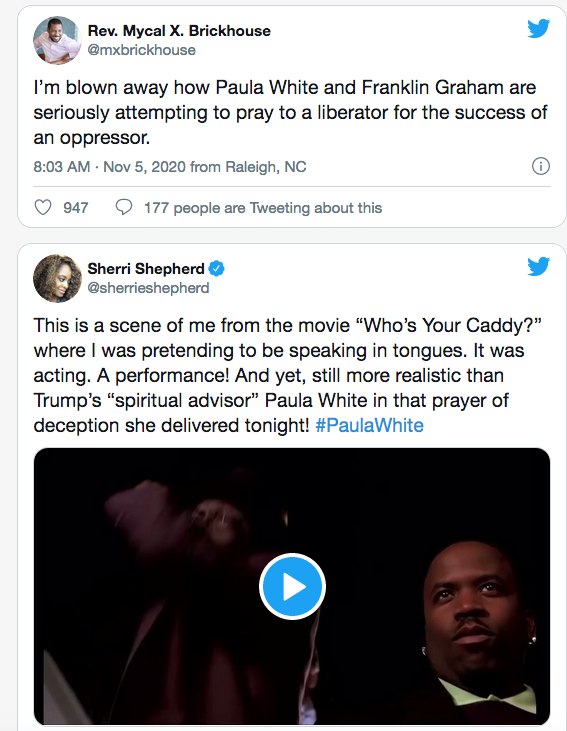 Paula White, who has been associated with Donald Trump ever since he entered the White House back in 2016, was brutally trolled for claiming that "angels are being dispatched" to help the Republican president win.

Fetching some hilarious reactions on the Internet, the video shows White telling viewers that "angelic reinforcement" has been summoned from Africa and South America. "The angels are coming here in the name of Jesus from Africa," she said, in a sing-song, evangelical tone. 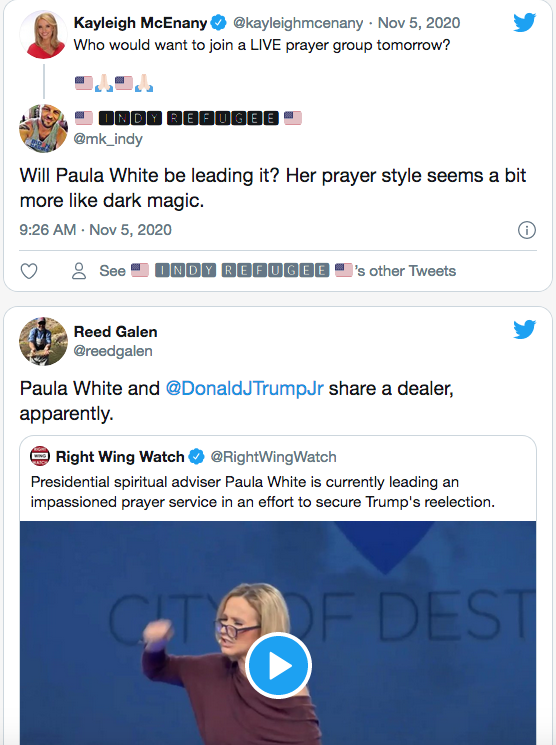 Using Trump's claim of US Election 2020 theft from yesterday, Paula White said she was fighting what she called were the "demonic confederacies" from attempting to steal the polls.

"We are up BIG, but they are trying to STEAL the Election. We will never let them do it," Trump had said Wednesday in a tweet that Twitter quickly flagged as "disputed" and "misleading."