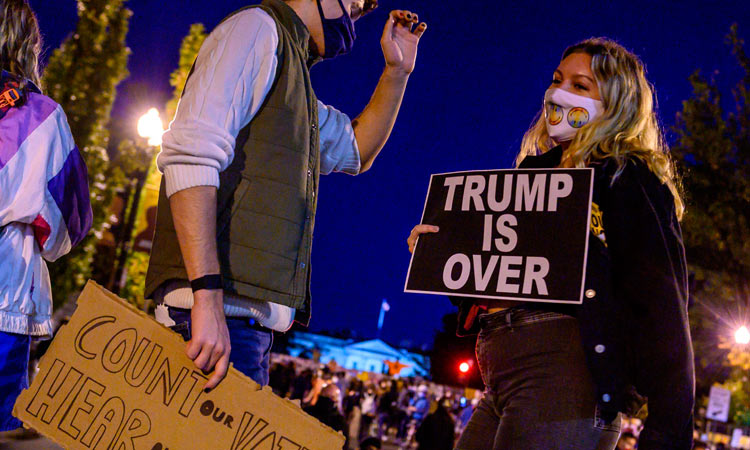 Young activists gather and dance on Black Lives Matter Plaza just outside of the White House on Wednesday. AFP

Democrat Joe Biden edged closer to winning the White House on Friday even as Republicans sought to raise $60 million to fund lawsuits challenging the results.

Biden is expanding his narrow leads over President Donald Trump in the battleground states of Pennsylvania and Georgia.

Securing Pennsylvania’s 20 electoral votes would put Biden over the 270 he needs to win the presidency after a political career stretching back nearly five decades.

Democrats scoffed at the legal challenges the president's campaign filed on Wednesday in Pennsylvania, Michigan and Georgia. In spite of the aggressive move, the flurry of court action did not seem obviously destined to impact the election's outcome.
There are 538 Electoral College votes allotted to the 50 states and the District of Columbia. It takes 270 votes to win.
Panic-stricken Donald Trump called the Presidential election a fraud on the American public, without giving evidence of the claims.

The US president also said that he moved the Supreme Court to dispute the election count.

The knife-edge election has polarised the country.

Early counting showed Presidential Democrat Candidate Joe Biden making major gains in some Republican grounds, but Trump's victory in Florida, a state widely considered a must win to retain the presidency, makes it a close call.

As it stands, there are seven states still left uncalled, including major prizes such as Pennsylvania and Wisconsin -- meaning both Trump and Biden still have a path to victory.

Biden insisted that he doesn’t need to win Florida, as Democrats were making gains in Trump areas. 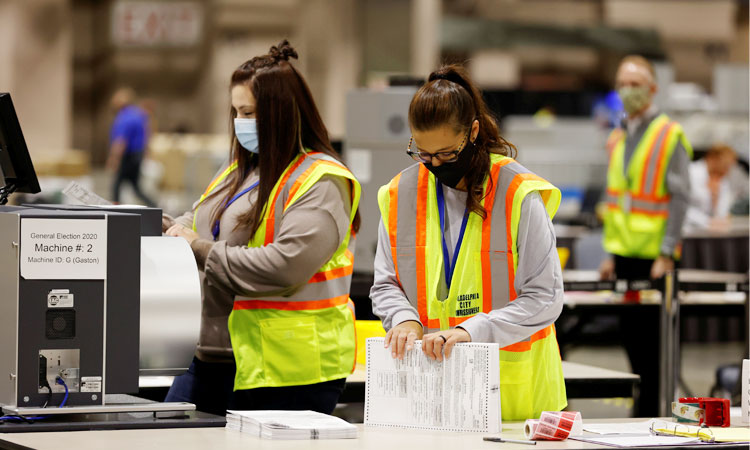 Votes are counted at the Pennsylvania Convention Centre on Election Day in Philadelphia. Rachel Wisniewsk/Reuters

Biden has also won Arizona and its 11 electoral votes, flipping a critical battleground state that Trump won four years ago and that could help determine which candidate wins the presidency.

Biden’s victory was a huge blow to Trump’s chances for reelection. 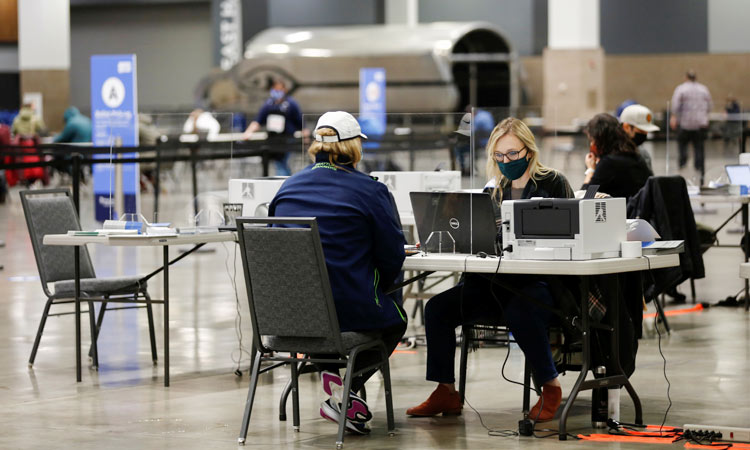 Trump has been criticised for his handling of the COVID-19 pandemic, that claimed over 232,000 lives. 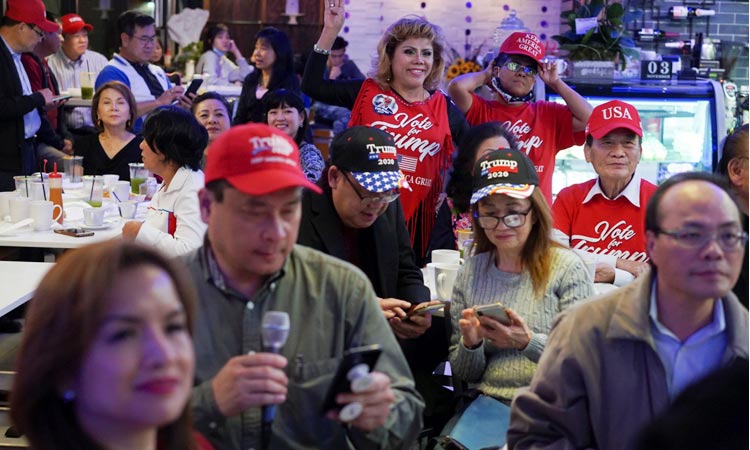 On the other hand, thousands of Black Lives Matter demonstrators gathered blocks away from the White House.

Local media said large banners, including one reading "Trump lies all the time,” were unfurled. 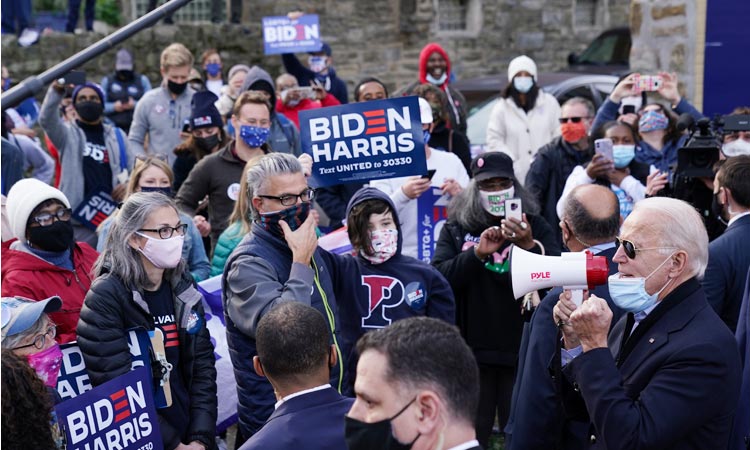 Joe Biden speaks through a megaphone during a canvassing stop, on Election Day in Philadelphia. Kevin Lamarque/ Reuters

Anti-Trump supporters called the election a referendum on the leader after four tumultuous years, that saw racial tension, healthcare crises due to the COVID-19, immigration policies and police brutality.

The Democratic candidate aims to win the presidency on his third attempt after a five-decade political career including eight years as Vice President under Trump’s predecessor, Barack Obama.