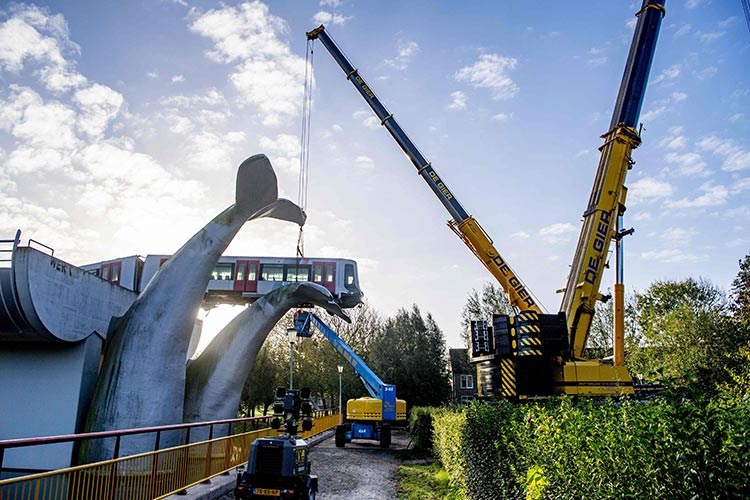 Workers use a crane to the salvage a metro train after it overran a barrier and ended up suspended on a work of art. AFP

We all have heard the expression ‘having a whale of a time’  which means enjoying a lot. But this certainly does not apply to the driver of a metro train in the Netherlands who, far from having fun, had an extremely lucky escape.

After veering off the end of a track the train landed on the artwork of a whale’s tail, saved from meeting a disastrous end by crashing into the ground.

Thankfully, there were no passengers.

Two large cranes lifted the front carriage off the sculpture on Tuesday. 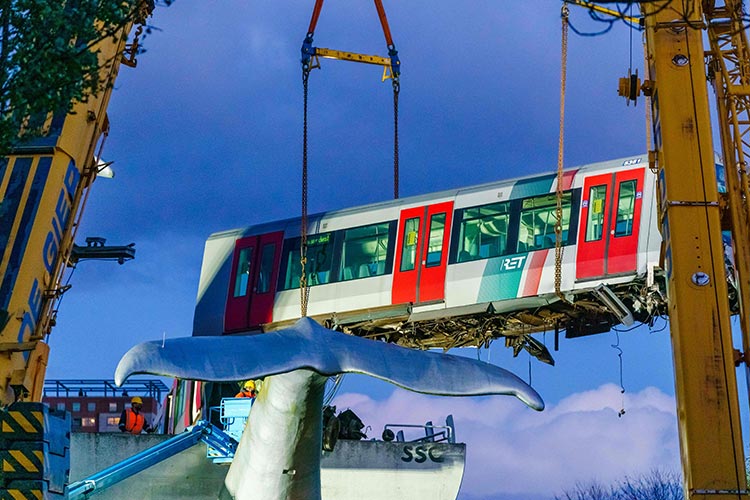 The overhanging section of a subway car is lifted off a sculpture in the shape of a whale's tail. AFP

The train was left precariously balanced on the whale's tail 10 metres above the ground, after plunging off the end of a metro line in Spijkenisse, a town on the southern edge of Rotterdam.

The two cranes placed chains around the front and rear of the train's foremost carriage to support it. In an operation that began in the early hours of the morning and lasted well into the evening, workers also cut it loose from another carriage and removed its wheels before the train was lowered slowly to the ground.

About 30 people watching the operation applauded as the front carriage finally was separated from the rest of the train in the middle of the engulfing darkness and cheered again when it was deposited on the ground.

Police later questioned the driver, but allowed him to go home. 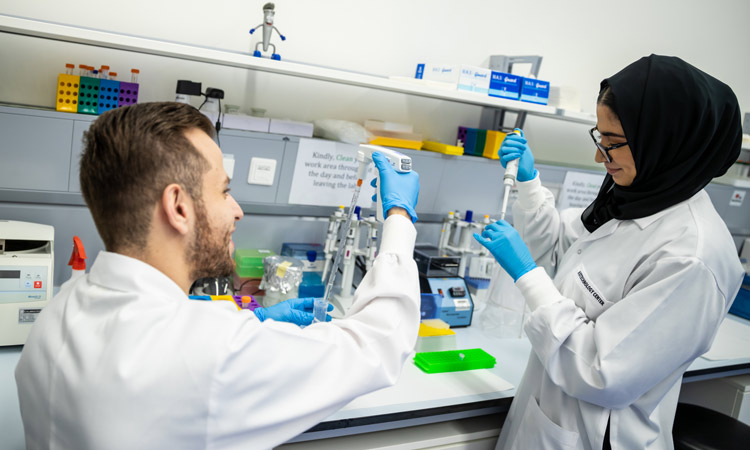 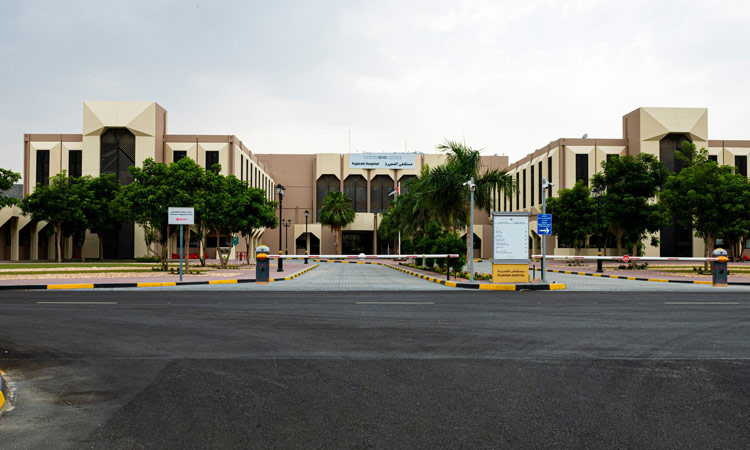