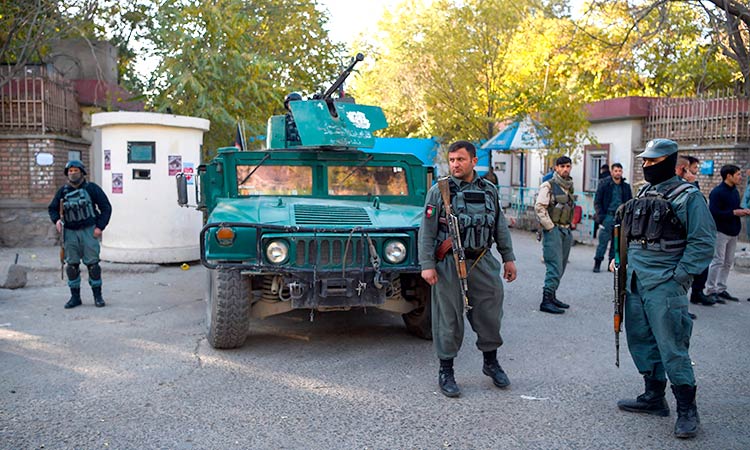 Policemen stand guard at an entrance of the Kabul University in Kabul, Afghanistan, on Tuesday. Wakil Kohsar/AFP

Gunmen killed 22 people and wounded 22 others at Kabul University on Monday. Daesh’s local affiliate claimed responsibility for the attack.

Authorities said on Monday that gunfire erupted at the university in the Afghan capital early on Monday and police have surrounded the sprawling campus. 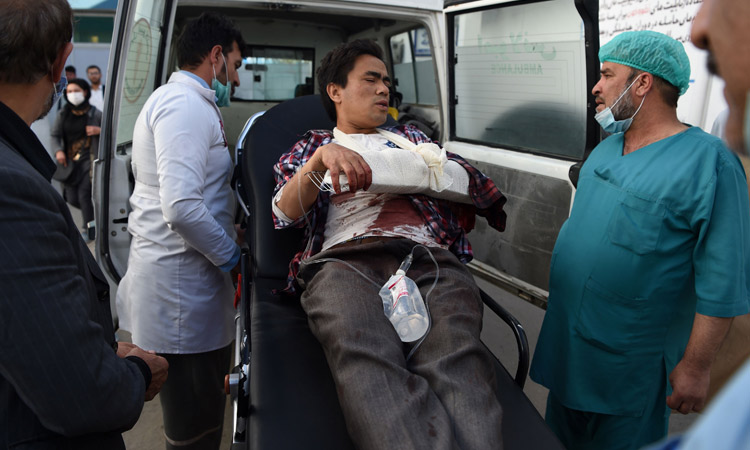 A student, wounded after gunmen stormed Kabul University, arrives in an ambulance at Isteqlal Hospital. AFP

Most of those killed were students and another 22 people were injured, some of them critically.

The Taliban promptly issued a statement denying they took part in the assault, which came as the insurgents continue peace talks with representatives of Kabul’s US-backed government, with the aim to help the United States finally withdraw from Afghanistan. Later in the day, the Daesh group claimed responsibility for the attack.

According to the SITE Intelligence Group, which monitors terror online messaging, the Daesh group said it targeted newly graduated “judges and investigators belonging to the apostate Afghan government” gathered at the campus.

The Daesh statement claimed only two of its fighters were involved, and posted their photographs, which conflicted with the Afghan authorities’ report of three attackers.

The Taliban, which condemned the attack on the university and denied involvement within hours of its start, have refused to declare a cease-fire saying it would be part of the negotiations. 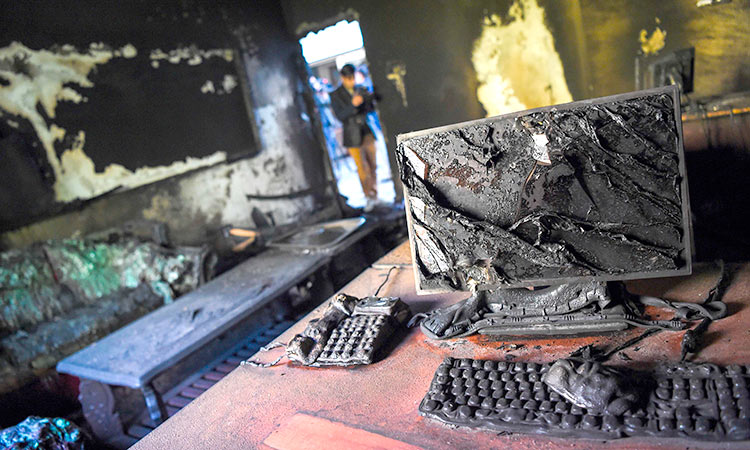 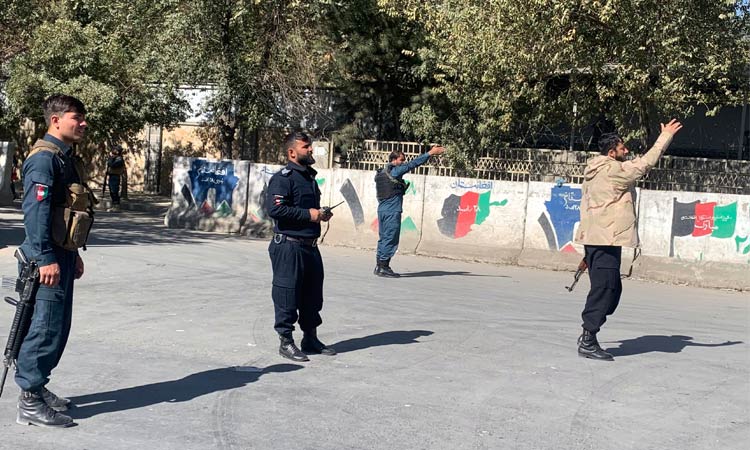 Photos shared by a senior government official showed students lying dead in classrooms, some next to their books. One student appeared to have been shot as they were climbing out of a window.