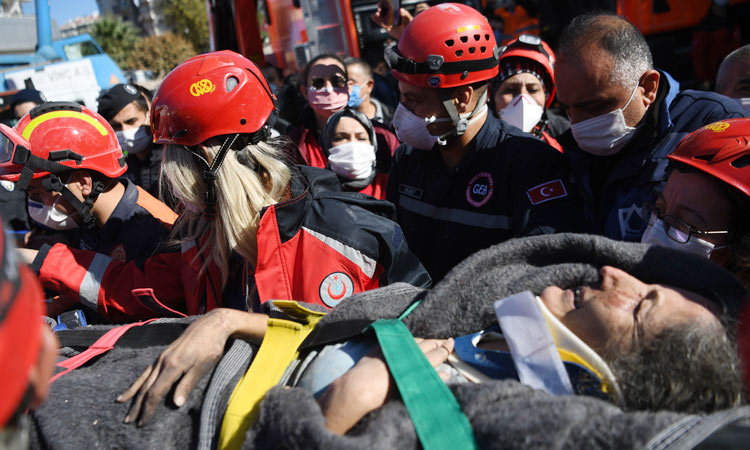 Search and rescue teams carry Sefer Perincek on a stretcher in Izmir. AFP

There is always some light at the end of a tunnel. As the grim aftermath of the shocking earthquake that shook Turkey and Greece unfolded, in which 38 people were killed, from the rubble of disaster emerged the saving grace of hope.

After being trapped in the debris of a building in Izmir for almost 18 hours, a mother and three of her children were pulled to safety.

A teenager and her dog were also saved.

Thirty-eight-year old Seher Perincek and her four children – ages 3, 7 and 10-year-old twins – were stuck amid the wreckage.

One by one, the mother and three of her children were removed from the rubble as rescuers applauded or hugged.

The survivors, including 10-year-old Elzem Perincek, were moved into ambulances on stretchers.

"I’m fine; I was rescued because only one of my feet was pinned. That foot really hurt,” she said.

Teams ramped up efforts to rescue the fourth child.

Earlier on Saturday, search-and-rescue teams lifted teenager Inci Okan out of the rubble of a devastated eight-floor apartment building. Her dog, Fistik, or Pistachio, was also rescued.

A video showed a female rescuer trying to calm down the 16-year-old girl under the rubble as she inserted a catheter. "I'm so scared,” the girl cried. "Can you hold my hand?”

"We are going to get out of here soon,” the rescuer, Edanur Dogan, said. "Your mother is waiting outside for you.” 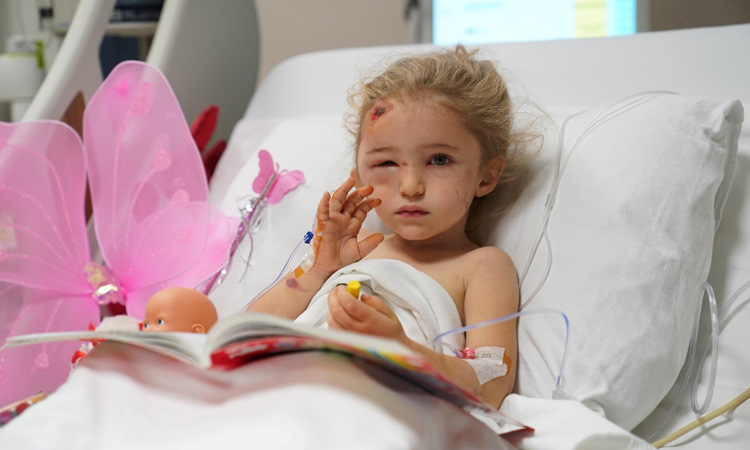 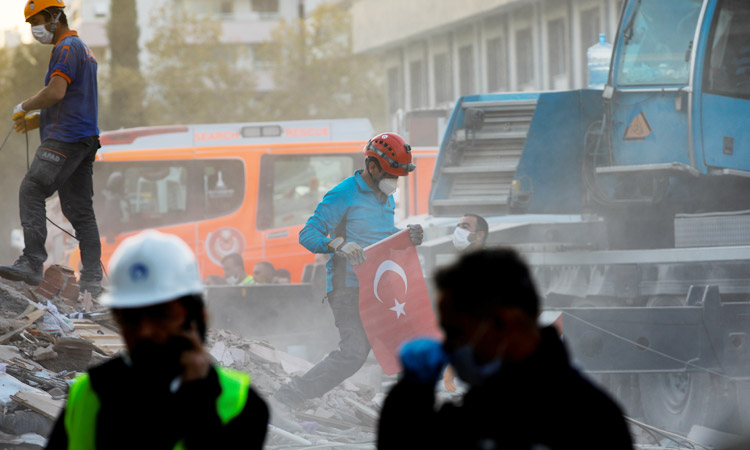