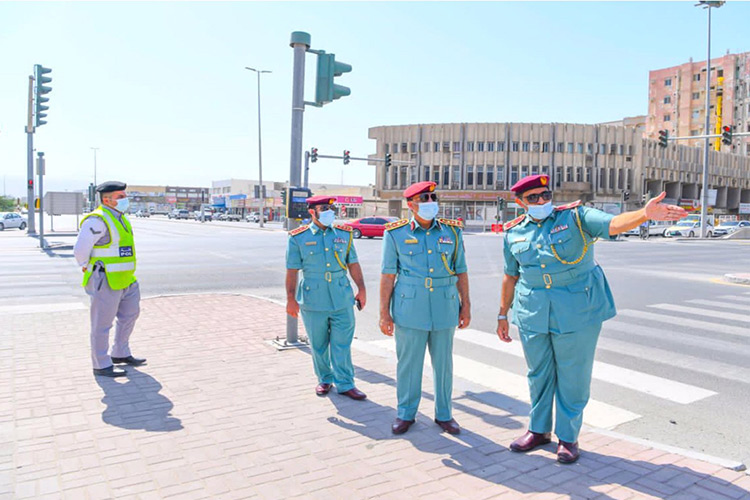 RAK Police officers discuss the flow of traffic at an intersection.

The Ras Al Khaimah Police, in cooperation with the Traffic and Patrols Department, have activated all the radar equipment in the emirate to check whether motorists violate rules by changing lanes at traffic intersections. Those who step out of line will be penalised.

Brigadier General Ahmed Al Samam Al Naqbi, Director of Traffic and Patrols Department at Ras Al Khaimah Police, stated that a monitoring device has been activated to keep a tab on whether the light vehicle is sticking to the mandatory lane at all intersections in the emirate.

Brigadier General Ahmed Al-Naqbi added that the obligatory course for drivers is to stick to the lane without moving towards the right or the left before intersections. The motorist should follow the road signs that indicate whether the driver is allowed to switch lanes, in order to avoid dangerous traffic accidents.

The police emphasised the need to adhere to traffic signs and instructions at intersections.

The Director of Traffic and Patrols Department at Ras Al Khaimah Police called on drivers to cooperate with traffic officers to control road safety, by implementing all traffic laws and regulations to enhance security and safety in the emirate.

The police explained that surveillance cameras at intersections monitor a number of violations, such as jumping the red light, or passing the intersection at high speed. The violation will be photographed and could be presented in court.