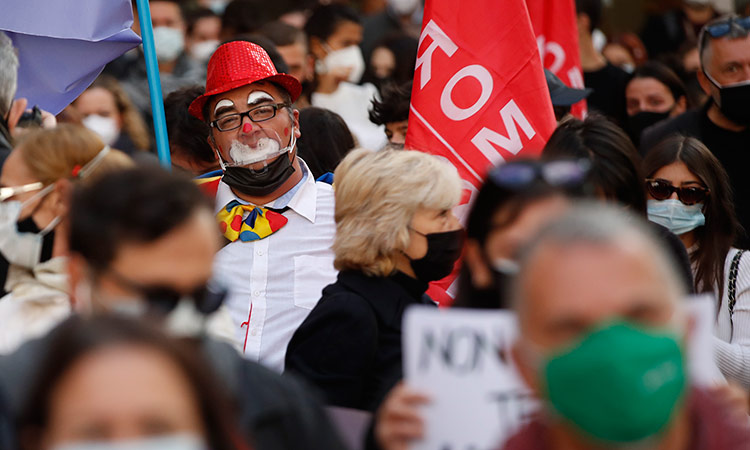 Dancers and theatre workers attend a protest against the government restriction measures in Rome, on Friday. AP

Italy saw clashes between police and protesters on Saturday over new coronavirus measures. The mayor of the Italian city of Florence lashed out against protestors after violent skirmishes broke out.

Protestors have taken to the streets in the past week in various cities across Italy to criticise a new series of measures to stop rising coronavirus cases in the country.

Sirens wailed throughout the city centre as police sought to disperse the protesters with batons and firefighters hosed down fires in several large wheelie bins.

Italy reported over 31,084 new cases of the virus on Friday, breaking a new daily record.

Newspapers reported that police arrested around 20 people during an unauthorised protest late on Friday in the city centre were stopped from entering the Renaissance city's Piazza della Signorina. 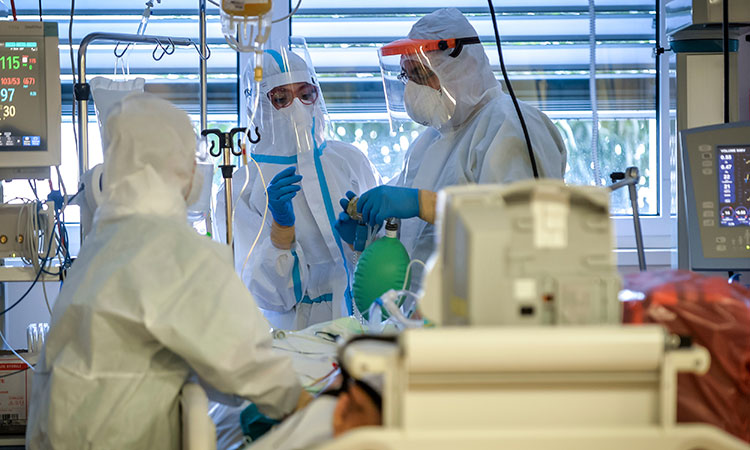 "Those who scar Florence must pay for what they have done."

In Bologna, a few hundred people also protested, most of them young men, including football hooligans and some giving the Fascist salute, La Repubblica daily reported.

On Sunday, Prime Minister Giuseppe Conte brought in new nationwide coronavirus restrictions, including the closure of all cinemas, theatres, gyms and swimming pools and the closing of restaurants and bars at 6pm (1700 GMT).

The new measures spurred a wave of demonstrations in Rome, Milan, Naples and Turin on Monday and Tuesday, marked by violence and vandalism, with riot police firing teargas at groups of young people hurling bottles and rocks. 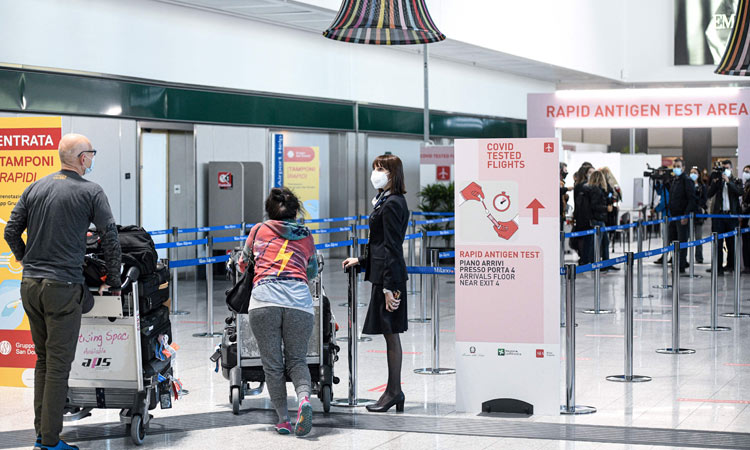 Even though the Health Ministry says the rate of infections is coming down, all regions were placed into the strictest "red zone” lockdown through Monday as a precaution.