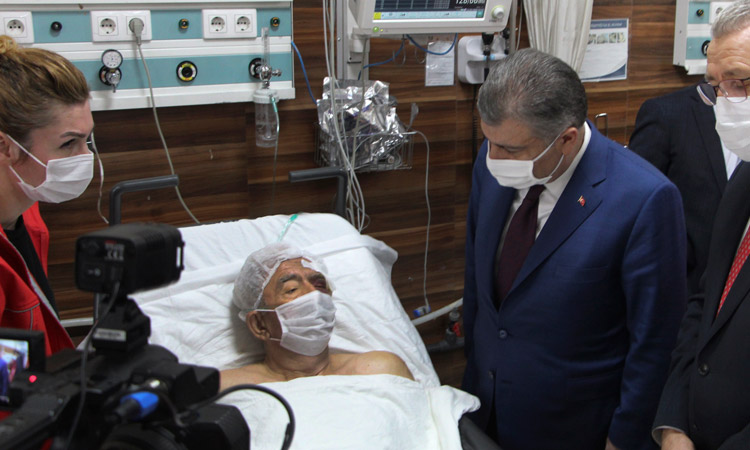 Rescue workers in western Turkey extricated a 70-year-old man from a collapsed building on Sunday, some 34 hours after a strong earthquake in the Aegean Sea struck Turkey and Greece, killing at least 71 people and injuring more than 900.

The man was pulled out of the rubble overnight and doing well at a hospital, according to the Turkish health minister. 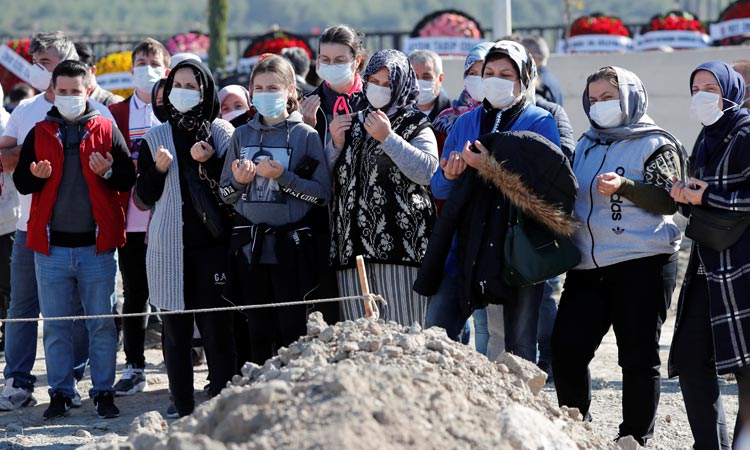 The minister tweeted that the survivor, Ahmet Citim, told him, "I never lost hope.” The operation that saved Citim was the latest in a series of remarkable rescues after the Friday afternoon earthquake. But on the third day since the disaster, search-and-rescue teams appeared to be finding more bodies than survivors in Izmir, Turkey's third-largest city. 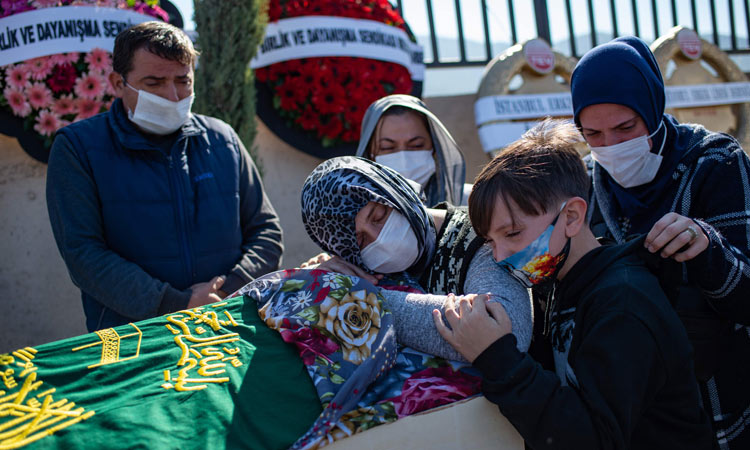 Relatives mourn on the coffin as they attend the funerals of Nazmiye Dograyan. AFP

They continued searching in eight toppled buildings, but work was paused at one when authorities determined the damaged structure next door was also at risk of falling, forcing rescuers and people waiting outside to retreat.

The earthquake was centered in the Aegean northeast of the Greek island of Samos. 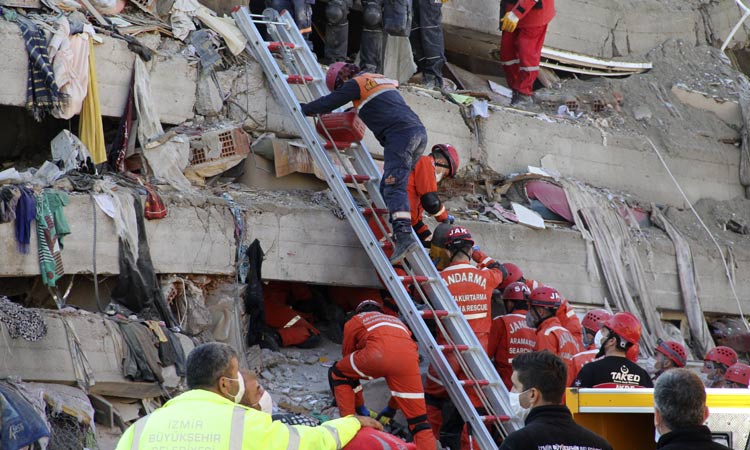 Rescuers try to save residents trapped in debris of a collapsed building in Izmir. AP

Turkey’s Disaster and Emergency Management Presidency (AFAD) raised the death toll on Sunday in Izmir province to 69. The agency said 949 people were injured in Turkey, with more than 220 still receiving treatment Sunday.

The earthquake also killed two teenagers on Samos and injured at least 19 other people on the island. Turkish Vice President Fuat Oktay said 26 badly damaged buildings would be demolished in Izmir.

"It’s not the earthquake that kills but buildings,” he added, repeating a common slogan.

Aslı Eroğlu, a Turkish woman in Izmir spoke to Gulf Today after the earthquake.

Rescue work was punctuated by hundreds of aftershocks. By Saturday afternoon search operations had been completed in eight buildings and were continuing in nine others, officials said.

One resident said both her parents were still trapped.

A video showed an injured man in his 40s tending to his relative after the collapse of a building.

Several people could be heard reciting verses from the Holy book in Izmir amid the cries of people stuck under the debris of a building. 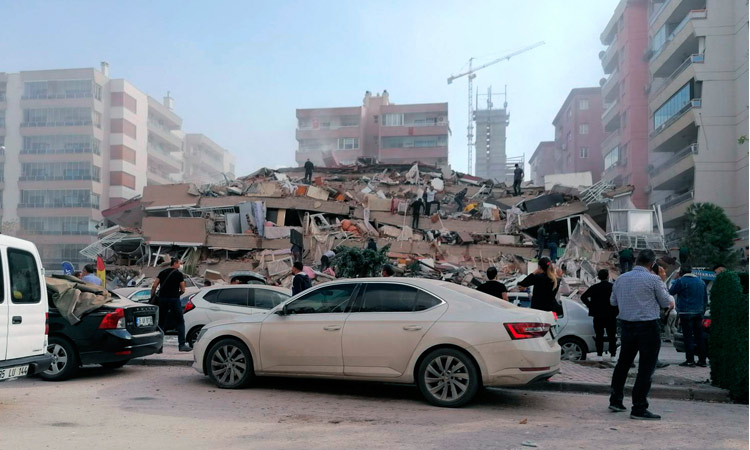 People work on a collapsed building, in Izmir, Turkey, on Friday. AP

In a rare show of unity amid months of tense relations over energy resources in the eastern Mediterranean, Greek and Turkish government officials issued mutual messages of solidarity over the quake toll.

Pope Francis on Sunday asked the faithful to pray for the people of the Aegean Sea. 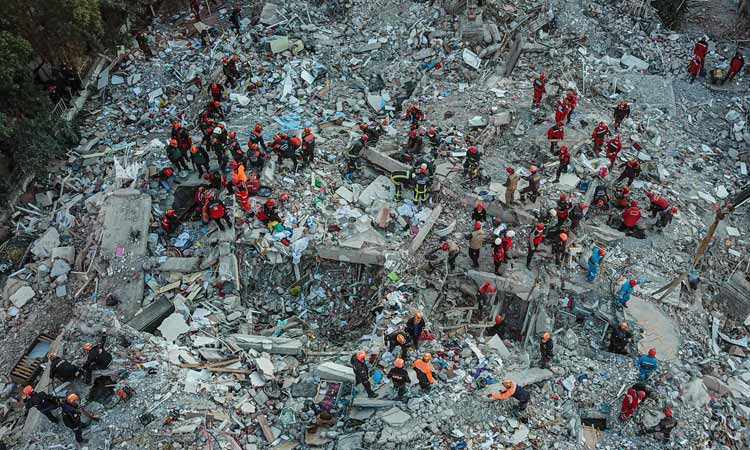 Rescuers search for survivors in a collapsed building