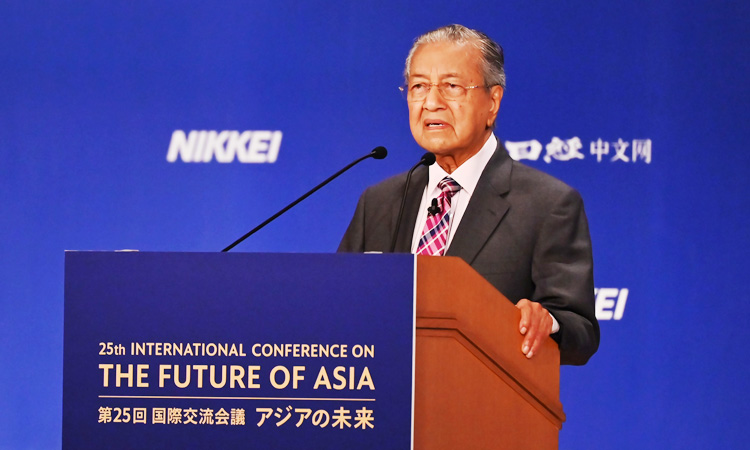 Former Malaysian prime minister Mahathir Mohamad said on Friday he is disgusted because his comments on attacks by extremists in France had been taken out of context.

Mahathir sparked widespread outrage when he wrote on his blog on Thursday that Muslims have a right to be angry and kill millions of French people for the massacres of the past if "an eye for an eye" law is applied.

The former Malaysian PM denied promoting violence by saying that Muslims have a right to "kill millions of French people for the massacres of the past" and criticised Facebook and Twitter for taking down his posts. 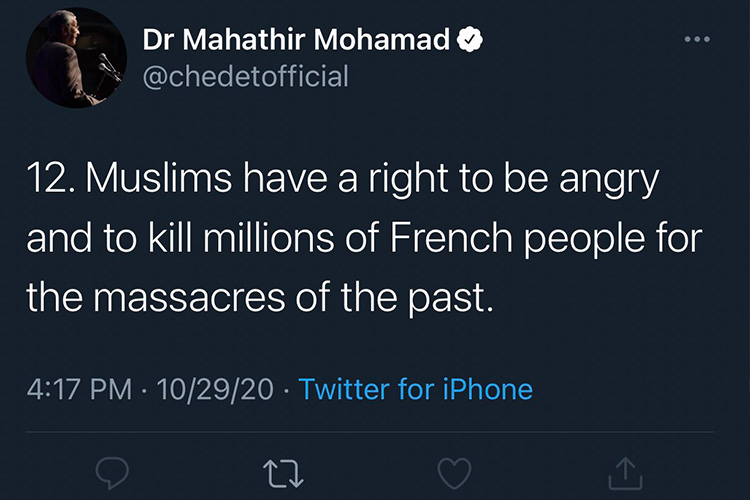 "Muslims have a right to be angry and to kill millions of French people for the massacres of the past. But by and large the Muslims have not applied the 'eye for an eye' law. Muslims don't. The French shouldn't," Mahathir said in his posts. 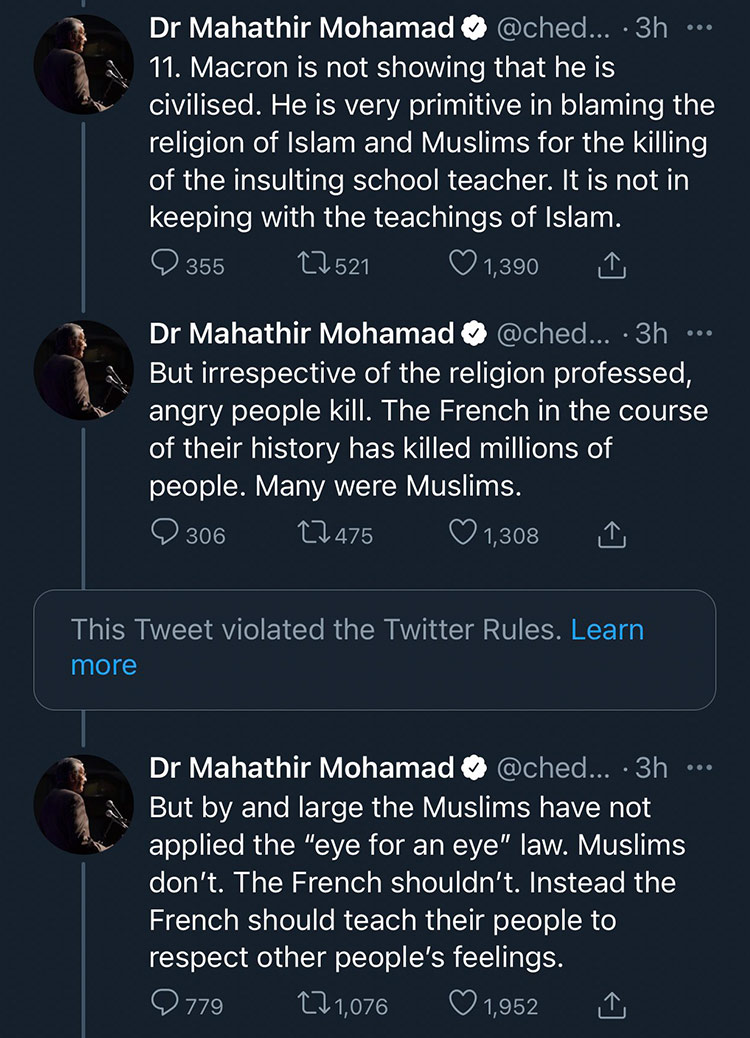 Twitterati were angry over the comments, strongly condemning the leader.

Mahathir accused the media of ignoring his subsequent remarks, saying Muslims had never sought revenge for the injustice against them in the past and that the French should respect the beliefs of others.

"What is promoted by these reactions to my article is to stir French hatred for Muslims," Mahathir said in a statement.

"To my mind, since they are the purveyor of freedom of speech, they must at least allow me to explain and defend my position."