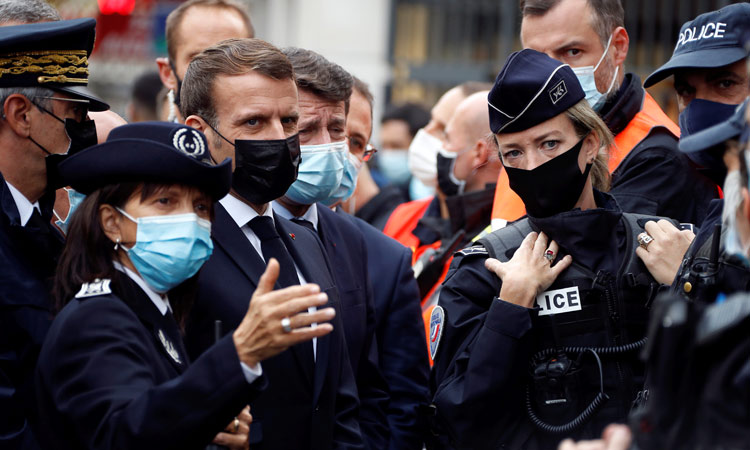 France’s anti-terrorism Prosecutor Jean-Francois Ricard said the suspect is a Tunisian born in 1999 who reached the Italian island of Lampedusa, a key landing point for migrants crossing in boats from North Africa, on Sept. 20 and travelled to Bari, a port city in southern Italy, on Oct. 9.

Ricard did not specify when he arrived in Nice.

France’s Prime Minister Jean Castex said the country is going on emergency alert after the killings at the Notre-Dame Basilica church.

The horrific incident left at least three people dead – including one woman who the attacker tried to decapitate.

The gruesome killings happened 2 weeks after an extremist beheaded a teacher outside his school in Paris.

The teacher was targeted after he showed some of his students cartoons of Prophet Muhammed (PBUH).

The United Arab Emirates (UAE) has condemned the heinous terrorist attack in Nice on Wednesday.

The UAE Ministry of Foreign Affairs and International Cooperation said that the UAE strongly rejects these criminal acts and all forms of violence and terrorism aimed at destabilising security and tranquillity of the any country.

The ministry extended its condolences to the families of the victim, and prayed for the speedy recovery of the injured people.

At 9 am French time a man with a knife began attacking people praying inside the Basilica of Notre-Dame in the heart of the Mediterranean city.

Three people were killed including a woman who the attacker tried to decapitate in the church, according to officials.

The killer was shot and wounded by police who arrived quickly at the scene.

Videos showed he was hit at least six times in a side exit from the church.

Even as he was being arrested the man continued to shout “God is greatest,” before he was rushed to the city's Pasteur hospital.

Who is the suspect?

The 21-year-old Tunisian suspect only arrived in France earlier this month after coming to Europe on a migrant boat via the Italian island of Lampedusa at the end of September.

The suspected knifeman called himself "Brahim" when he was arrested and later claimed to be Brahim Aouissaoui.

Who are the victims?

The dead man was the church's sacristan, a 45-year-old father of two girls, according to Canon Philippe Asso, the church's most senior cleric.

The killer's first victim was an elderly woman, who he tried to behead, and the other woman who died was a mother in her 40s.

Is it a terror attack?

The French authorities are treating it as a terror attack, with the anti-terrorist prosecutor immediately opening an inquiry into "murder and attempted murder linked to a terrorist enterprise."

France’s anti-terrorist prosecutor's department said it had been asked to investigate the attack. 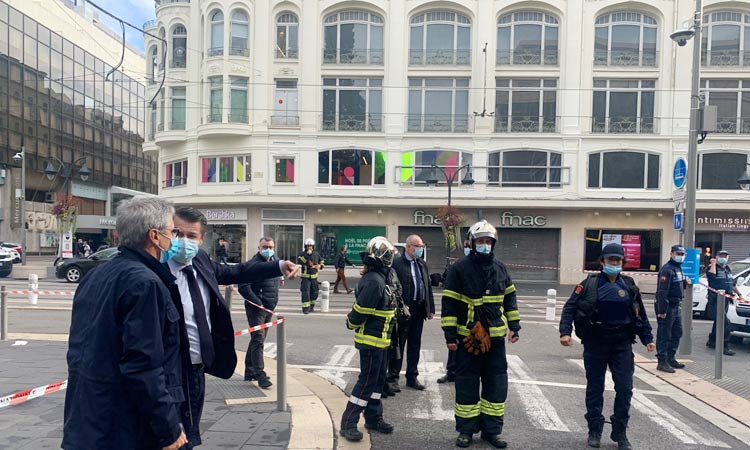 The attack took place inside the Notre-Dame basilica in central Nice on Thursday, the city’s mayor Christian Estrosi said.

A man armed with a knife attacked two women and a man at the church on Thursday morning. The assailant was shot and wounded by police, Estrosi said.

Police found the body of a woman whose throat had been cut in an apparent beheading attempt inside the Basilica of Notre-Dame, in the heart of the Mediterranean resort city, a source close to the inquiry said.

The body of a man was also found inside, while a third person succumbed to injuries after seeking refuge in a nearby bar.

According to the Independent, the incident comes around two weeks after a French teacher was beheaded outside his school in the Parisian suburbs.

The attacker had said he wanted to punish Samuel Paty for showing blasphemous cartoons in a civics lesson.

It was not immediately clear what the motive was for the Nice attack.

French Interior Minister Gerald Darmanin said a police operation was under way in the city on Thursday.

Residents were urged to avoid the area in central Nice on Thursday morning.

One of the wounded is in critical condition in hospital. The attack took place at a shopping centre and on a road in Romans-sur-Isere before police apprehended the man at 11:00 am local time.