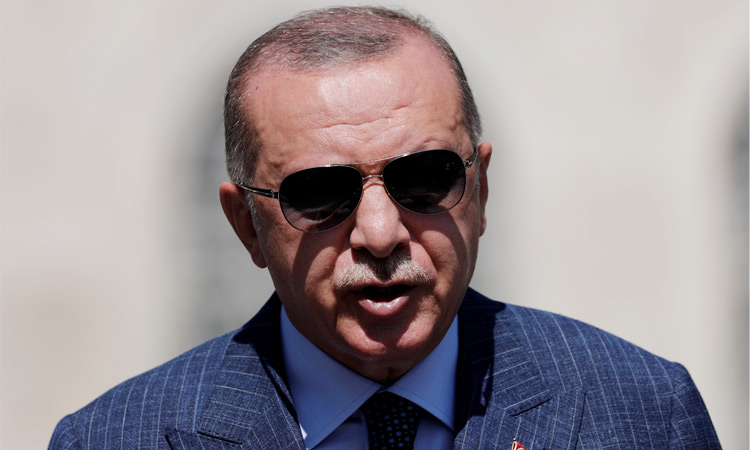 Turkish anger at the caricature added fuel to a row between Turkey and France about cartoons of the Prophet Mohammad (PBUH), which flared after a teacher who had shown pupils the cartoons in a lesson on freedom of speech was beheaded in France this month. 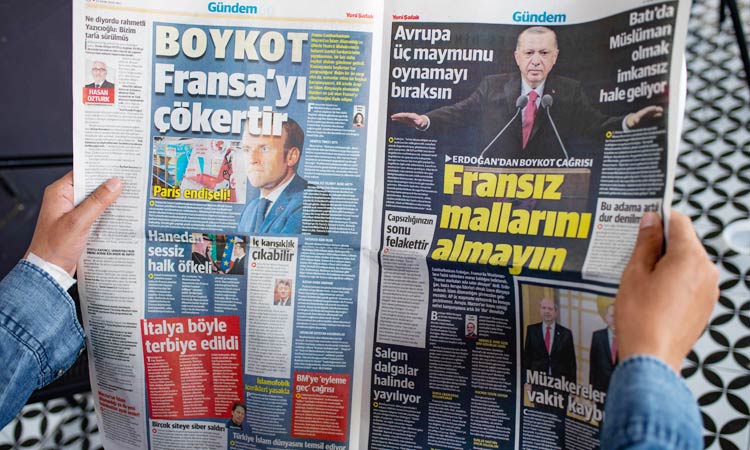 “We strongly condemn the publication concerning our President in the French magazine which has no respect for any belief, sacredness and values,” presidential spokesman Ibrahim Kalin wrote on Twitter.

“They are just showing their own vulgarity and immorality. An attack on personal rights is not humour and freedom expression,” he said.

The cartoon on the cover of Charlie Hebdo, showed Erdogan sitting in a white T-shirt and underpants, holding a canned drink along with a woman wearing an Islamic hijab.

“We condemn this most disgusting effort by this publication to spread its cultural racism and hatred,” Altun wrote on Twitter.

Erdogan sharply criticised Macron at the weekend, saying the French leader needed a mental health check, prompting France to recall its ambassador from Ankara. On Monday, Erdogan urged a boycott of French products.

The Prophet Mohammad (PBUH) cartoons, considered blasphemous by Muslims, have been displayed in France in solidarity and Macron has said he would redouble efforts to stop conservative Islamic beliefs subverting French values, angering many Muslims.