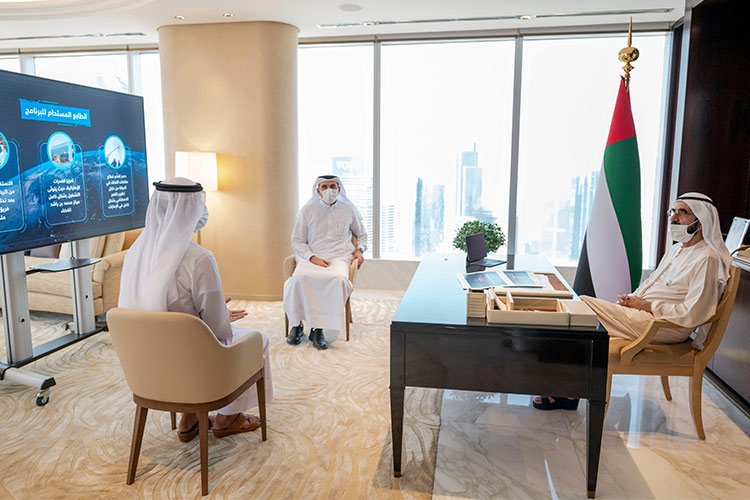 His Highness Sheikh Mohammed Bin Rashid Al Maktoum, Vice President and Prime Minister of the UAE and Ruler of Dubai, on Wednesday announced the second Emirati satellite which will be fully developed and built by a team of Emirati engineers after the KhalifaSat.

Announcing the project on Twitter he said that the space sector was a key strategic sector that we strongly support. With the help of our national talent, we can raise the level of our ambitions & continue to support global efforts in the field of space science to serve the interests of both the region & world.

“We have chosen the name MBZ-SAT for the new satellite, which will be designed and developed by Emirati competencies and bear the initials of my brother @MohamedBinZayed, Crown Prince of Abu Dhabi and Deputy Supreme Commander of the #UAE Armed Forces,” tweeted Sheikh Mohammed.

“The name was chosen in honour of the achievements he has contributed to, of which we are proud of among nations. Our goal is to fully benefit from space science and find new opportunities to support the development of our country and the region, and also help societies overcome environmental and developmental challenges so they can prosper and progress,” he said further.

The name of the previous satellite, KhalifaSat, was chosen by Sheikh Mohammed in honour of His Highness Sheikh Khalifa Bin Zayed Al Nahyan, President of the UAE.

Launched into space in October 2018, KhalifaSat was the first satellite to be designed and completely developed in the UAE by a 100% Emirati team.