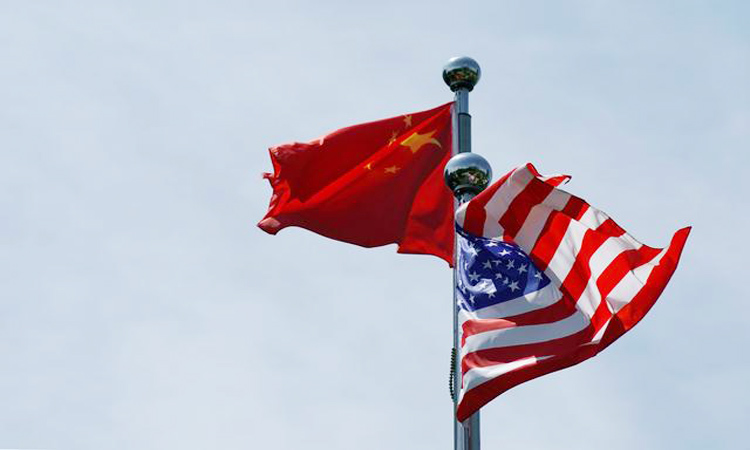 Chinese and US flags flutter near The Bund in Shanghai, China. File photo/Reuters

The US State Department said last month that China had showed “willful disregard” for air, land and water quality, and was putting global health at risk, with its climate-warming greenhouse gases the highest in the world and still rising.

But Washington cannot make other countries take responsibility for its own environmental failures, said Li Gao, head of the climate change department at China's Ministry of Ecology and Environment, during a news briefing.

“The United States is the country with the most accumulated greenhouse gases, and at the start of next month will formally withdraw from the Paris Agreement,” he said.

The row is part of a wider dispute between the two sides, with Beijing repeatedly accusing Washington of “unilateralism,” bullying and failing to meet its global obligations while emphasising its own multilateralist credentials.

The United States began the three-year process to pull out of the Paris accord in 2017, with President Donald Trump saying the deal favoured China's firms and undermined the US economy.

But China's foreign ministry said last week that the United States was a “consensus-breaker” and “troublemaker” and had failed to honour its commitments to the international community.

After Trump accused Beijing of “rampant pollution” during a United Nations General Assembly meeting in late September, his Chinese counterpart Xi Jinping vowed to steer his country towards “carbon neutrality” by 2060 and play a bigger role in combating climate change.

Experts have said that the country's carbon neutral pledge is part of an effort to build its reputation as a responsible global leader.

China's diplomatic standing has been damaged by claims that its authoritarian political system led to a cover-up of the COVID-19 outbreak, allowing it to spread worldwide.

But Xie Zhenhua, special advisor to China's environment ministry, said the system has “clear advantages” over its rivals in the area of climate change.

“Some countries find it difficult to implement,” said Xie, who headed China's climate negotiating team until 2018. “Why? Because they are electoral governments and can plan for only four or five years and after that, don't know whether they will still be in power.”

“The United States for example: Obama committed to many targets which aren't being done once Trump came into power.”

However, critics of China's “authoritarian environmentalism” say it could still struggle to fulfill long-term climate goals.

“In the absence of rule of law, authoritarian rulers have the final say, but their policy agenda continues to shift, which makes it difficult to sustain a coherent agenda on climate change,” said Yanzhong Huang, author of Toxic Politics, which looks at China's environmental record. 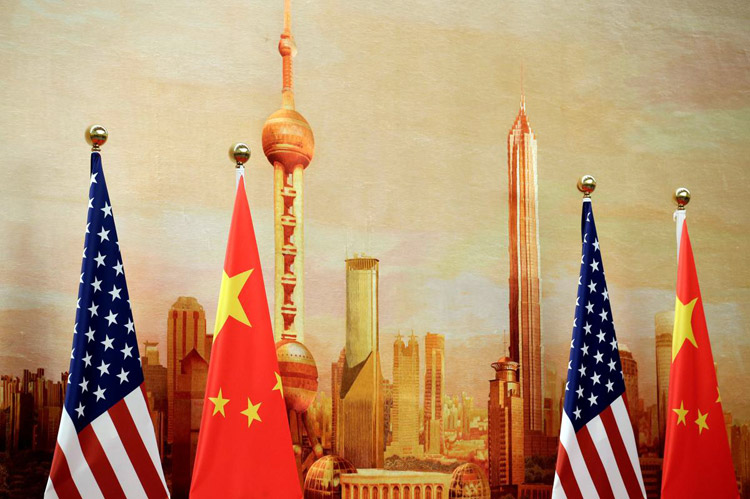 With 276 posts globally, China has for the first time surpassed the United States' network by three posts.