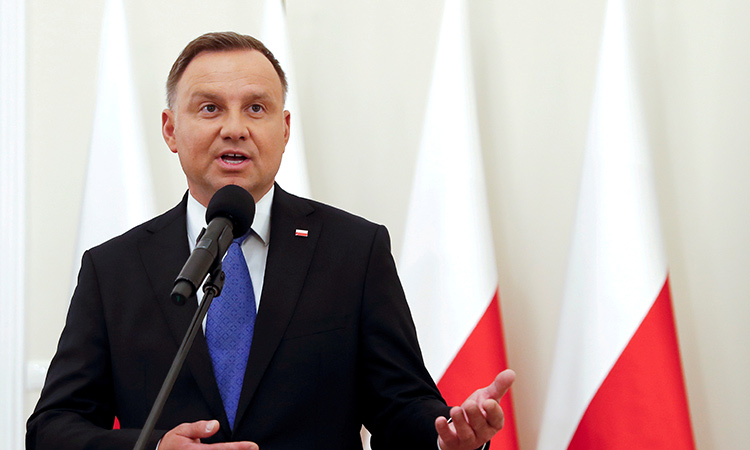 Polish President Andrzej Duda talks to the media at the Presidential Palace in Warsaw, Poland. File/Reuters

Polish President Andrzej Duda has tested positive for the novel coronavirus, a Minister confirmed on Saturday.

According to Presidential Minister Blazej Spychalski, Duda was tested for the virus on Friday and found to be positive, the BBC reported.

"(Duda) yesterday was tested for the presence of coronavirus," Spychalski tweeted on Saturday.

"The result turned out to be positive. The President is fine. We are in constant contact with the relevant medical services." 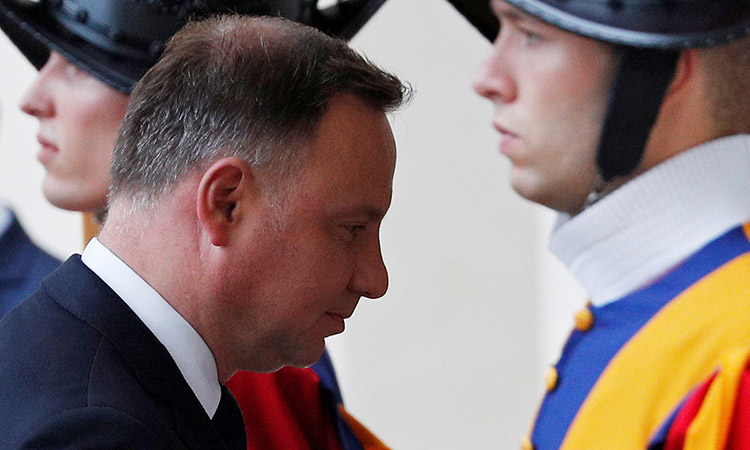 Polish President Andrzej Duda arrives for a meeting with Pope Francis at the Vatican. File/Reuters

Spychalski, who has also tested positive for the virus, announced that he will be qurantining.

A second Covid-19 wave has hit Poland, with the number of new cases 22 times more than the highest number of infections earlier this year, the BBC report said.

Currently, the country accounts for more than 242,000 confirmed cases with 4,351 deaths.

Duda joins a handful of world leaders who have caught the virus, including US President Donald Trump, Brazilian President Jair Bolsonaro and UK PM Boris Johnson.