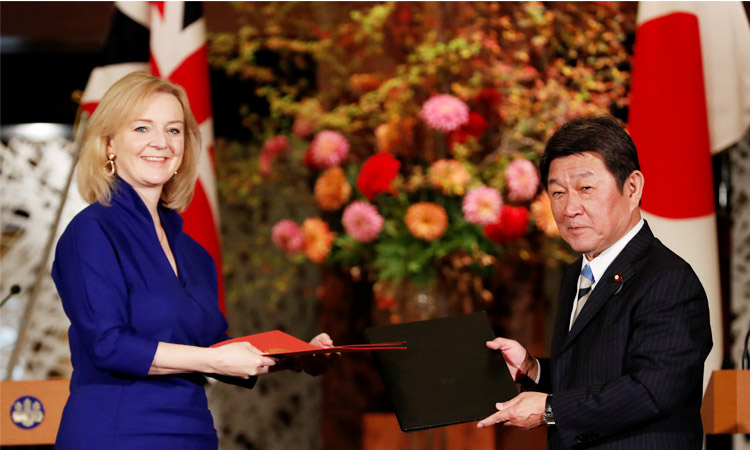 “How fitting it is to be in the land of the rising sun to welcome in the dawn of a new era of free trade,” British Trade Secretary Liz Truss told reporters after the signing ceremony in Tokyo. 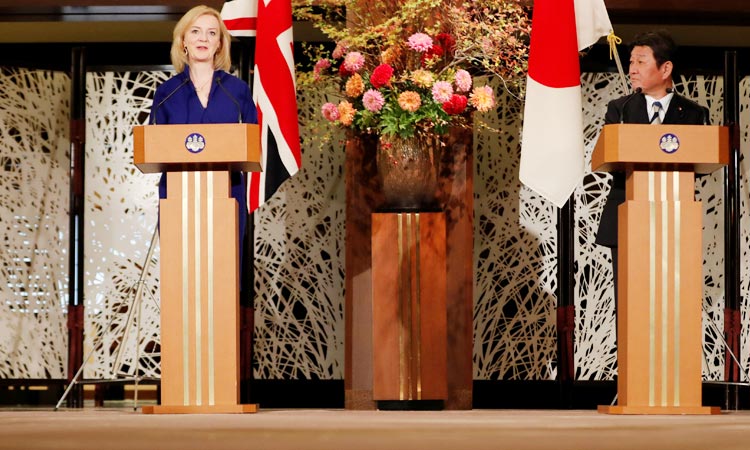 “This is the first new free trade deal to be agreed since the UK once again became an independent trading nation.”

Motegi pointed out that the signing came about in just four and a half months since the start of negotiations and said, “This is a manifestation of the determination of Japan and the United Kingdom to carry on vigorously promoting free trade.”

Japan researchers show masks do block coronavirus, but not perfectly

Britain has said the deal meant 99% of its exports to Japan would be tariff-free, and that it could increase trade by 15.2 billion pounds ($19.9 billion) in the long run, compared with 2018.

The deal removes Britain’s tariffs on Japanese cars in stages to zero in 2026, which is the same as in the Japan-EU trade agreement.

Motegi said after the signing that he had agreed with Truss to work together so that the deal will come into force on Jan.1, 2021. 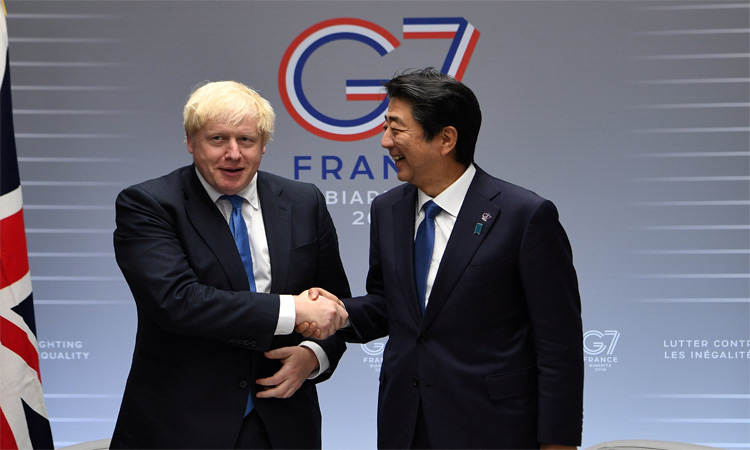 Britain struck its first post-Brexit trade deal with Japan on Friday, hailing the agreement as a “historic moment,” just as it is struggling to clinch a deal with its closest trading partners in the European Union.