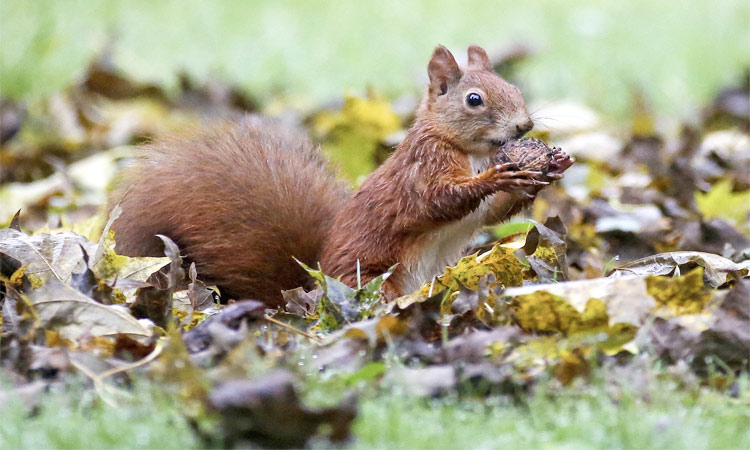 A squirrel holds a walnut which it found in the autumn leaves in Heiligkreuztal. Thomas Warnack/AP

It was a high-flying scheme that landed with a thud: seven alleged flying squirrel traffickers were arrested in the US state of Florida after capturing thousands of animals worth more than $1 million.

Following a 19-month investigation, the Florida Fish and Wildlife Conservation Commission (FWC) announced on Monday it had so far apprehended seven individuals but that additional arrests were forthcoming.

Following a January 2019 complaint, the commission found that up to 3,600 flying squirrels had been caught in 10,000 traps throughout central Florida, the FWC said.

Under the scheme the flying squirrels, which are a protected wild animal in Florida but are sold internationally as pets, were poached, trafficked and laundered before being purchased by South Korean buyers.

The investigation revealed that the Florida-based dealer who purchased the squirrels from poachers and claimed they were born in captivity, earned as much as $213,800 for the animals.

According to the FWC, the flying squirrels, which were collected over the course of less than three years, have an international value of more than $1 million.

Charges for the seven individuals include racketeering, money laundering and scheming to defraud, among other crimes.

“The concerned citizen who initially reported this activity started an investigation that uncovered a major smuggling operation.”

Flying squirrels weren’t the only victims: The suspects also profited from dealings with other poached animals — protected freshwater turtles and alligators with falsified documents to conceal their origin.