Obama to campaign for Biden in Philadelphia on Wednesday - GulfToday 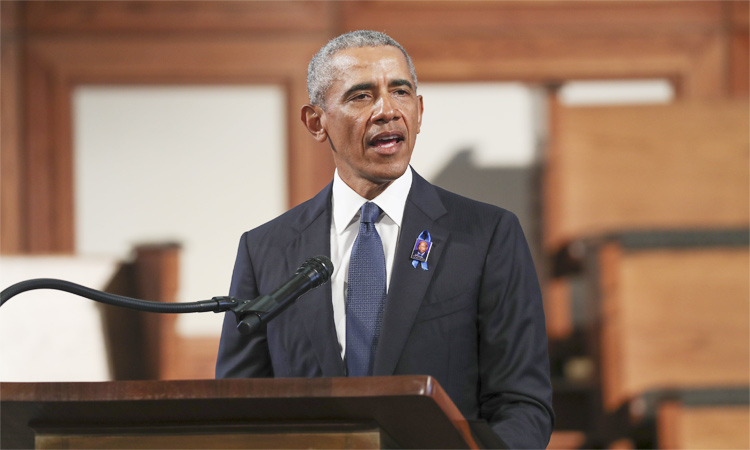 Barack Obama is usually one of the party’s biggest draws and most compelling speakers. File photo/AP

Former President Barack Obama is returning to Philadelphia on Wednesday for his first in-person 2020 campaign event for Joe Biden.

In 2016, the man known as one of the Democratic Party’s strongest orators delivered Hillary Clinton’s closing argument in the same place - at a rally for thousands the night before Election Day on Independence Mall. Now, with the coronavirus pandemic upending campaigning, Obama will be speaking to a much smaller crowd at a drive-in rally, where supporters will listen to him over the radio inside their cars.

The format reflects the challenge Democrats face in ginning up enthusiasm and getting out the vote in a year when they’ve eschewed big rallies in favor of small, socially distanced events, drawing a contrast with President Donald Trump and Republicans on the coronavirus. While Obama is usually one of the party’s biggest draws and most compelling speakers, that impact may be blunted by the format.

But Democrats say that as one of the men who knows Biden best, both as his former partner in the White House and personally, Obama remains one of the party’s greatest assets in the final stretch of the campaign.

“Especially in Philadelphia, he is the ultimate draw and still a great standard-bearer for Democrats,” said former Philadelphia Mayor Michael Nutter.

Obama's visit to Philadelphia underscores the significance of Pennsylvania, the swing state Biden himself has visited the most this campaign. If Trump loses the state, his path to winning reelection narrows significantly. And Nutter said Obama's appearance in Philadelphia would help boost the campaign's standing with voters who sat out the last presidential election, as well as voters in the Philadelphia suburbs who supported Obama in 2008 and 2012 but switched to Trump in 2016.

US reports over 58,000 new coronavirus cases

“I think he helps remind people what’s at stake, what being president is about, what things could be like,” Nutter said.

Obama has already been helpful to the Biden campaign, adapting to the shift to virtual events by focusing much of his work on getting younger Americans to vote. He’s appeared on Twitch, the video game streaming platform, pushed a voter registration message on Snapchat and recorded a video for the Shade Room, a Black-owned Instagram page and media company with 21 million followers.

“President Obama has been appearing throughout the pandemic on non-traditional platforms to reach swing voters and mobilize younger voters that don’t consume political media throughout the day,” said former Obama press secretary Ben LaBolt. “He has the singular ability to credential how Vice President Biden would approach the job in the Oval Office.”

Obama has appeared on two podcasts run by some of his former aides and has lent his name to texts and emails encouraging supporters to register to vote and donate money to the campaign. Obama has also been a big money draw for the campaign - he appeared at two virtual fundraisers with Sen. Kamala Harris this month and a handful prior to that. A grassroots virtual fundraiser Obama headlined with Biden in June brought in $7.6 million.

Obama has also been active for down-ballot Democrats, raising money for House Democrats and appearing in ads for some of the party’s top candidates, like Sara Gideon, running for the Senate in Maine, and for vulnerable incumbents, like Michigan Sen. Gary Peters. And he filmed a series of digital videos for the Democratic National Committee emphasizing the need for voters to make plans for casting their ballot.

“He’s doing enough for our campaign,” Biden told reporters before boarding a flight in New Castle, Delaware, last week. “He’ll be out on the trail, and he’s doing well.” 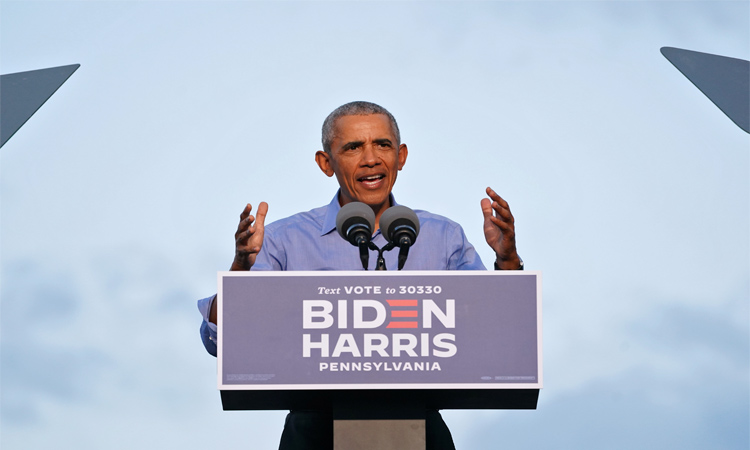 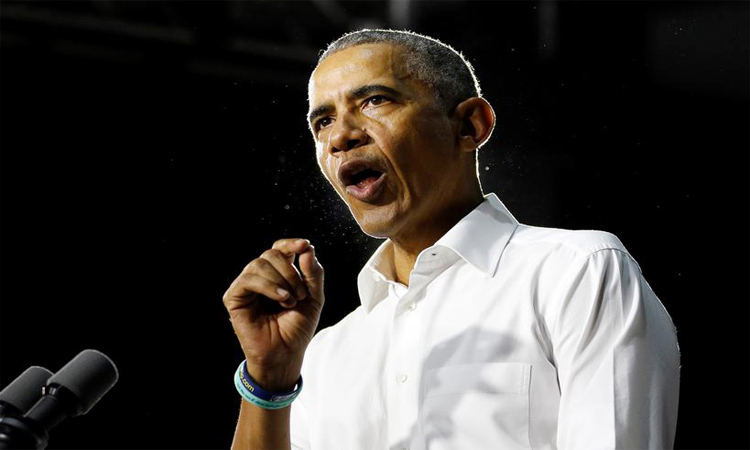 Obama to campaign for Biden in Philadelphia on Oct.21

Former President Barack Obama is scheduled to campaign for Democratic presidential candidate Joe Biden in Philadelphia next week ahead of the Nov.3 election against President Donald Trump, the Biden campaign said. 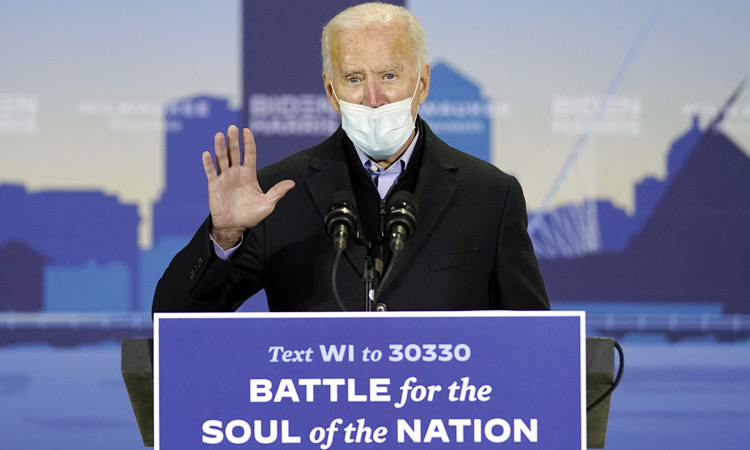 Barack Obama will join forces with Joe Biden in Michigan as Donald Trump goes all in on the crucial state of Pennsylvania on Saturday and the two candidates dig deep on the final weekend before Tuesday’s US presidential election. 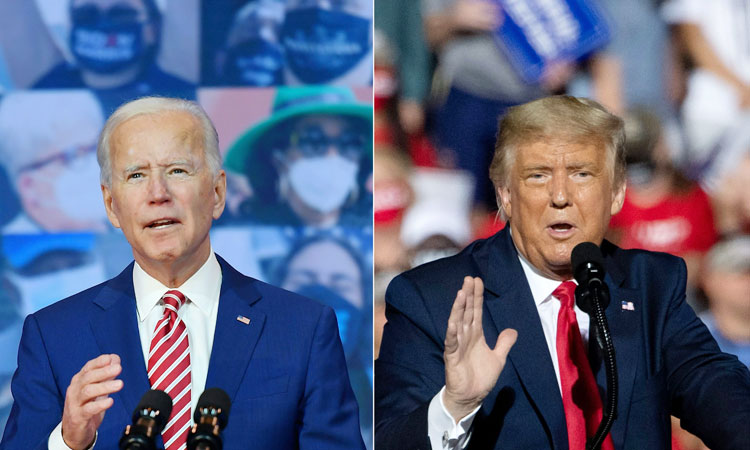